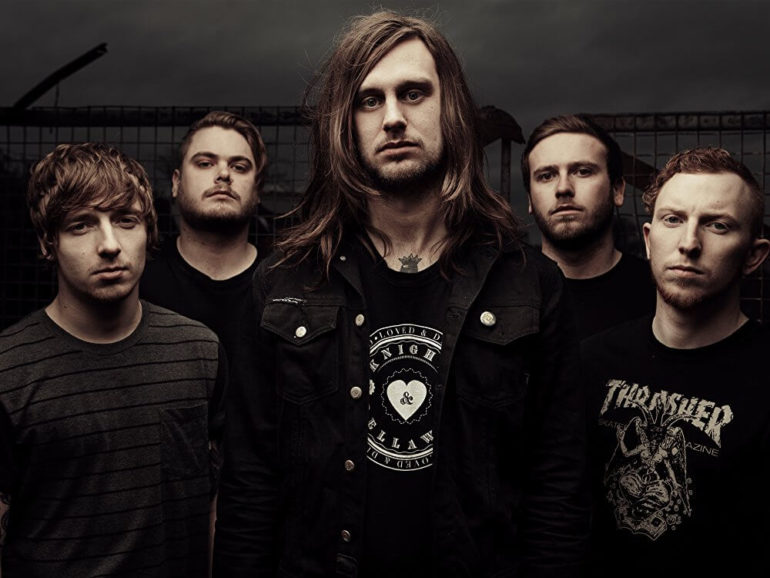 The second last band who participates in our annual PitKings Dutch Metal Quiz, is the English metalcore band While She Sleeps. After Monster Truck (12 points), Sepultura (17 points), Metal Church (10 points), Melechesh (30 points), Avatar (17 points) and Devil Driver (16 points), it’s now up to While She Sleeps. At Graspop Johan and Lennart had a chat with guitar player Aaran McKenzie and vocalist Lawrence “Loz” Taylor and asked them the 10 questions. Before we start, we first share our review of their performance at Graspop with you.

While She Sleeps: sharp as a knife
While She Sleeps from Sheffield was founded in 2006. The band released three studio albums, ‘This Is the Six’ (2012), ‘Brainwashed’ (2015) and ‘You Are We’, which was released on 21 April 2017. So they are around for quite some years, but on this Saturday the band is scheduled on the small Jupiler Stage of Graspop (pics over here). The band knows what to do at Graspop to convince the organization for a bigger stage next time: play as sharp as a knife! Where most bands choose to play some older songs, While She Sleeps comes up with mainly new songs from their latest album. The audience is familiar with those songs and get loose during every song the band is playing. After eight songs and a decent setlist, the English guys leave the stage, while the crowd is screaming for more. Not today, but I’m sure they will return soon on a larger stage of Graspop.

We meet Aaran McKenzie and Lawrence “Loz” Taylor in the press village of Graspop. They just arrived from Dover: “We played there last night in a small venue. It was really hot in there, so now we are little bit wasted.” Well, let’s find out how terrible it is! Haha… The rules are simple. When you know the answer without the options you receive 3 points, when you know the answer with the options you get 1 point. Are you ready? Go!

While She Sleeps: Within Temptation
PitKings: Yes!
Points: 1

While She Sleeps: Nuclear Blast
PitKings: No. Roadrunner Records
Points: 0

While She Sleeps: Robby Valentine
PitKings: No. Adrian Vandenberg
Points: 0

While She Sleeps: Pestilence
PitKings: No. Gorefest
Points: 0

While She Sleeps: I guess Dynamo Open Air, because you guys love your open air festivals. Haha…
PitKings: Yes!
Points: 1 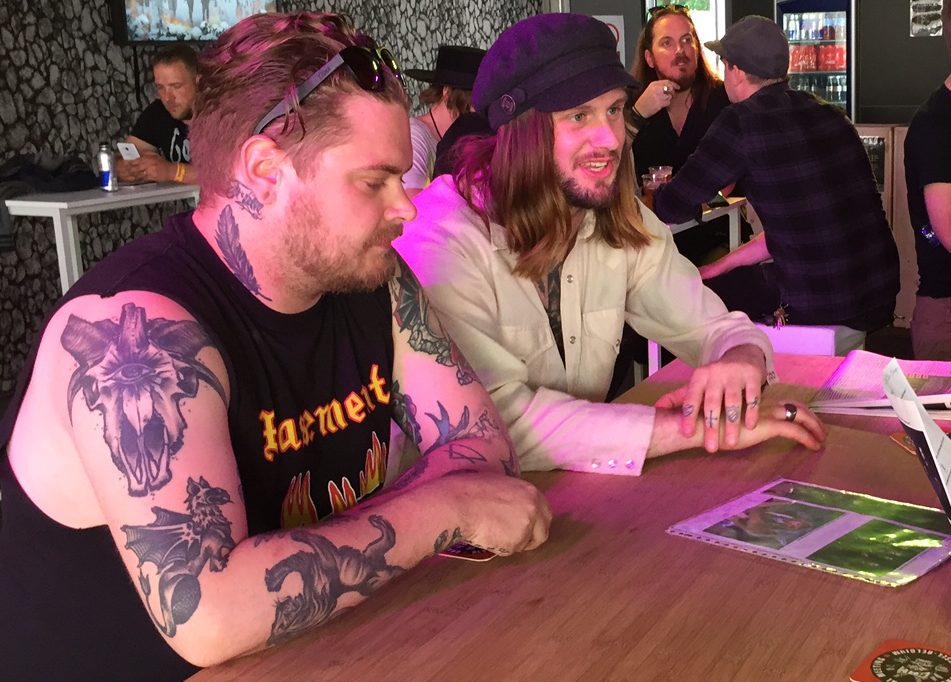