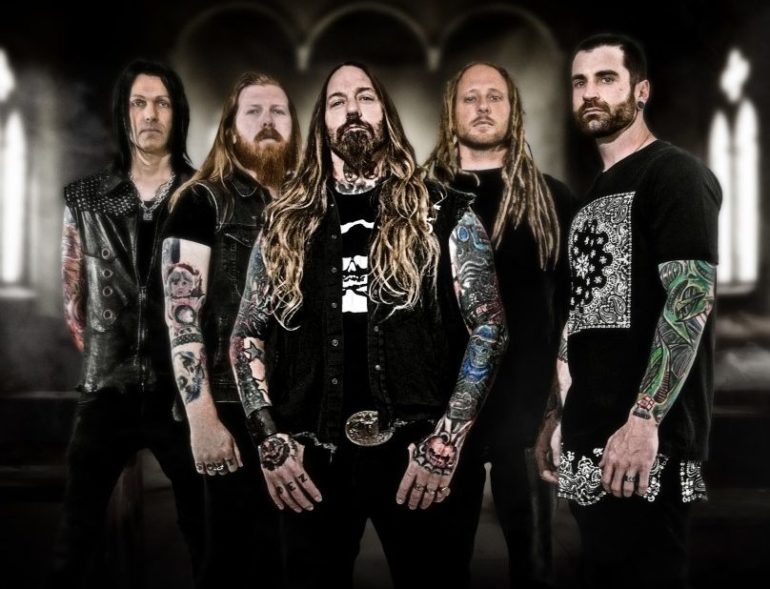 One of the last band who participates in our annual PitKings Dutch Metal Quiz, is the American metal band Devil Driver. After Monster Truck (12 points), Sepultura (17 points), Metal Church (10 points), Melechesh (30 points) and Avatar (17 points), it’s now up to Devil Driver. At Graspop Johan and Lennart had a chat with guitar player Mike Spreitzer and asked him the 10 questions. Before we start, we first share our review of their performance at Graspop with you.

The Graspop wake-up service called Devil Driver
It’s early in the afternoon when Devil Driver enters the mainstage of Graspop. The band from California was formed in 2002 by vocalist Dez Fafara, who also founded Coal Chamber in 1993. Devil Driver released seven albums, the last one was ‘Trust No One’ (2016). Like most bands who play at festivals, they play a decent set packed with mainly older songs taken from their first three albums ‘DevilDriver’ (2003), ‘The Fury of Our Maker’s Hand’ (2005) and ‘The Last Kind Words’ (2007). Their performance is heavy, it sounds solid and the band members bring all their energy on stage. The audience is sucking the energy and moshpits are created. Not like we seen at shows of Devil Driver before at Graspop, but for this time and moment it’s pretty awesome. The wake-up service of Graspop did an excellent job!

We talk to Mike Spreitzer, the guitar player of Devil Driver. They played the main stage earlier today (check the review above or pictures over here) and have to leave quickly, because they play at Hellfest the next day. When we tell Mike that Coal Chamber played the quiz two years ago and did not very well, he laughs. “I must beat them, because I actually know all those guys pretty well.” Mike continue: “You know who should do this quiz sometime? Dave Mustaine! We have this show in USA called ‘Rock n Roll Jeopardy’. He appeared on this tv-show together with George Clinton and someone else. Dave Mustaine knew everything! At one moment the 2 other just gave up and looked at Dave like, ‘Come on, give us the answer.’ Haha…” There’s just one way to find out how your quiz skills are. The rules are simple. When you know the answer without the options you receive 3 points, when you know the answer with the options you get 1 point. Are you ready? Go!