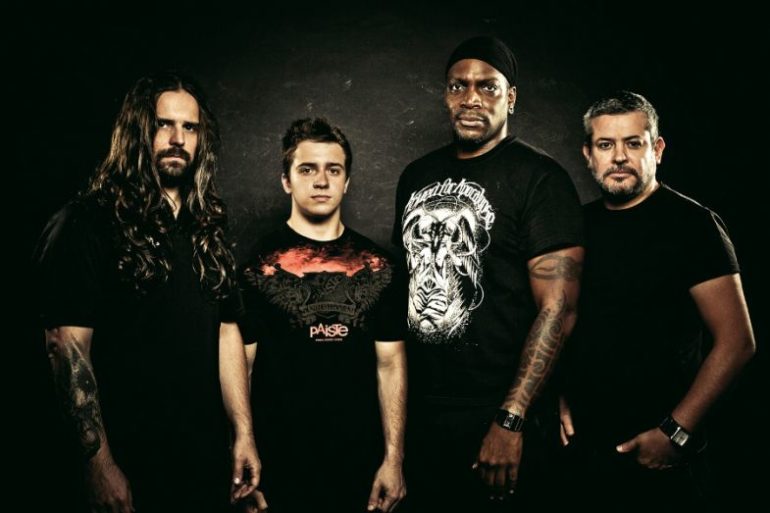 After the successful editions in 2015 and 2016, it’s time for the third episode of the Dutch Metal Quiz. We started the 2017 edition with Monster Truck at Ziggo Dome and they scored 12 points. At Graspop we played the quiz with a lot of bands. The first one on Friday is the legendary metal band Sepultura. Johan and Lennart had a chat with guitar player and founding member Andreas Kisser. Before we start, we share our review of their solid show at Graspop with you. 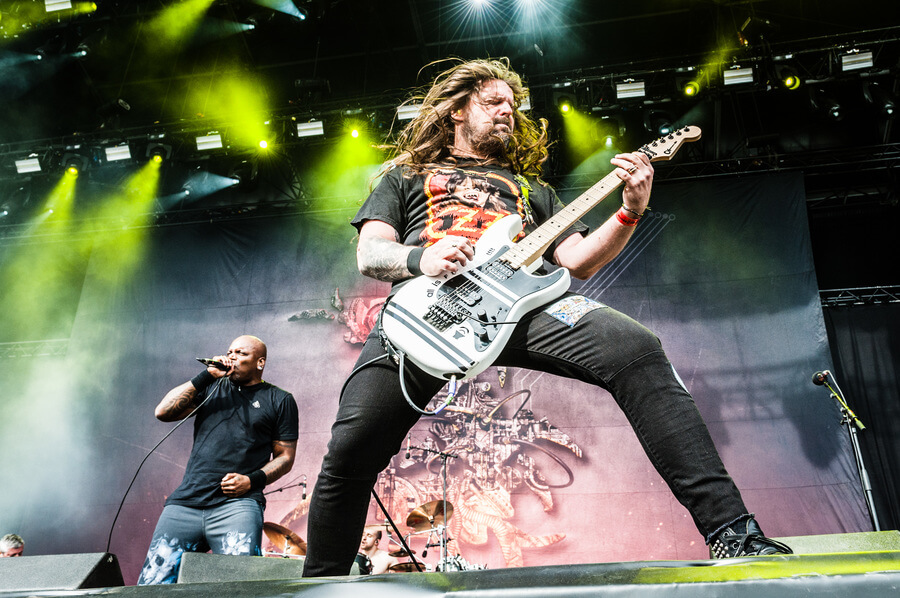 Sepultura: ready for the future!
It’s already 21 years ago Max Cavalera left Sepultura, but it seems to be an issues ever since. With Sepultura’s new album ‘Machine Messiah’ it’s time to forget the past and move on, because according to a lot of the media it’s one of the best albums they created since ‘Roots’ in 1996. At Graspop the band brings an powerful show and starts furious with the new songs ‘I Am the Enemy’ and ‘Phantom Self’. It’s tight, it’s fast, it’s solid and when they play ‘Desperate Cry’ and ‘Inner Self’, the audience goes wild! They end their show in style with Refuse/Resist, Ratamahatta and Roots Bloody Roots. The fact that they played 5 songs of their latest album ‘Machine Messiah’ is a sign that they are ready for the future.

Sepultura arrived from Brasil yesterday, so Andreas is still a little bit tired and is wearing his sunglasses all the time. The band is touring constantly. In February they toured trough Europe with Kreator and after that they kicked ass in the USA and Canada with Testament. Now they are in Europa again for the summer festivals. As always Andreas is very polite and in the backstage area of Graspop he’s drinking his beer that he got from us. The rules are simple. When you know the answer without the options you receive 3 points, when you know the answer with the options you get 1 point. Are you ready? Go!

4. Which Dutch guitar player played for several years with Whitesnake in the 80’s?

Sepultura: Dynamo Open Air. We just released a documentary in Brasil about the history of Sepultura, which also contains some footage of Dynamo. I wasn’t at Dynamo 1995, because Nailbomb was playing there. We did play at Pinkpop 1996 and the day before we did the ‘2 Meter Sessions’ in a TV Studio in Hilversum. That was great! It was with this Dutch percussionist (Willem Jansen), with all kind of African drums. That footage is actually also in our documentary.
PitKings: Yes!
Points: 3

Sepultura: Rolling Stone magazine is wrong! He is not number 8, he is number 1! It’s Eddie van Halen of course!
PitKings: Yes!
Points: 3