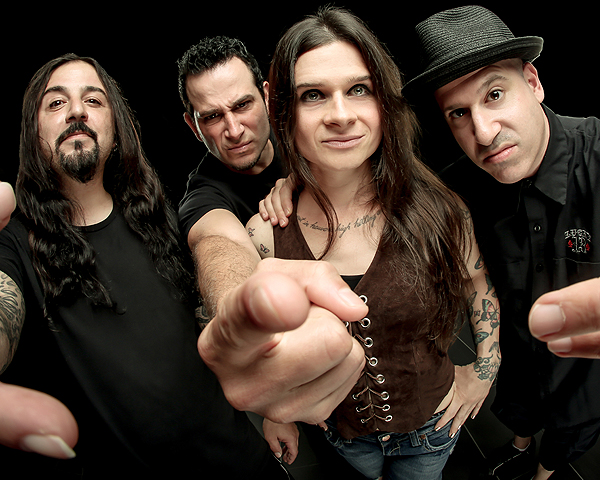 The last band who participates in our annual PitKings Dutch Metal Quiz, is the American alternative metal band Life Of Agony. After Monster Truck (12 points), Sepultura (17 points), Metal Church (10 points), Melechesh (30 points), Avatar (17 points), Devil Driver (16 points) and While She Sleeps (11 points), it’s now up to Life Of Agony. At the Into The Grave festival, Anton had a chat with founder, songwriter and bass player Alan Robert and asked him the 10 questions on behalf of Life Of Agony.

I meet Alan at the backstage of Into The Grave, which is located at Neushoorn. It’s around 4:00 PM and the band is scheduled at 5:50 (review over here). So there’s not much time left. He’s not quite comfortable about the quiz. “I don’t watch and follow a lot of new metal stuff, so this could be a tough one.” Well, let’s find out! The rules are simple. When you know the answer without the options you receive 3 points, when you know the answer with the options you get 1 point. Are you ready? Go!

2. Which metal record label was founded in The Netherlands in 1980?
Life Of Agony: Roadrunner Records. They started as Roadracer Records. Do I get bonus points now?
PitKings: Yes! Plus 1 bonus point!
Points: 4

6. Which Dutch metal festival was in 1995 (with Machine Head, Biohazard, Typo Negative) the largest metal festival in the world?
Life Of Agony: Dynamo Open Air. We played there in ’95!
PitKings: Yes!
Points: 3

9. What kind of metal do the Dutch bands Sinister, Asphyx and God Dethroned play?
A. Death metal
B. Black metal
C. Progressive metal