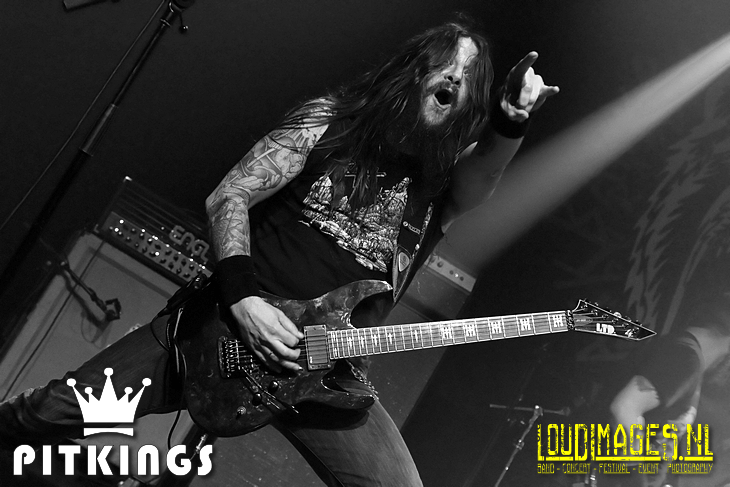 November 25, 2017 | DRU Cultuurfabriek, Ulft – The eastern part of The Netherlands was lacking an indoor metal festival and Loud Noise, the organizers of Into The Grave and Dynamo Metal Fest decided to organize the festival Metal On Metal in the beautiful venue of the DRU-factory. Actually the place were canon balls, bath tubs, hobs and stoves, were used to be made! With two different stages and a spacious center court with foodstalls, merchandise and a great stall with a lot of rare and special records.

Bark (B)
This Antwerp based band is new to me, but what an impression they make! With their original sound, which is grooving and even tribal at times, they knock over the pretty well filled venue without any problems. Singer Ron Bruynseels is expressive as fuck and is all over the stage; the whole band is, except for the drummer of course! The crowd is reacting to the energetic performance and hair is flying everywhere. What a great band! And what a great way to open a festival! 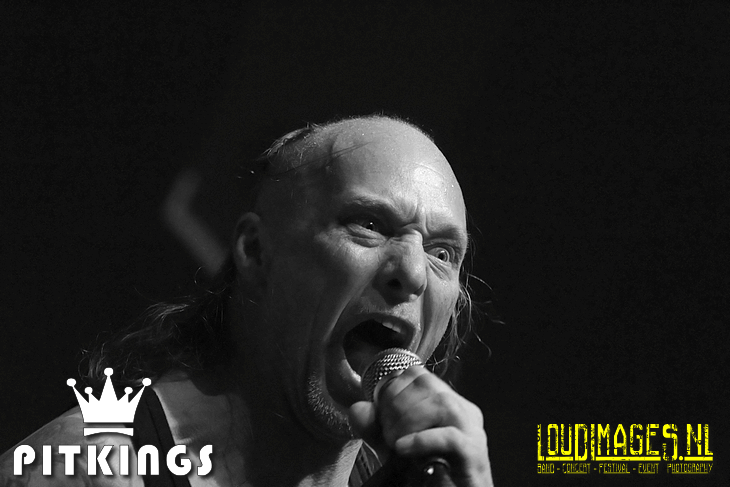 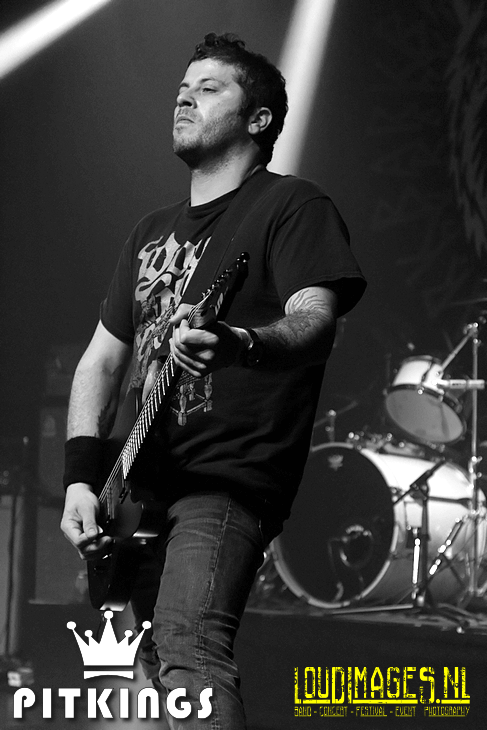 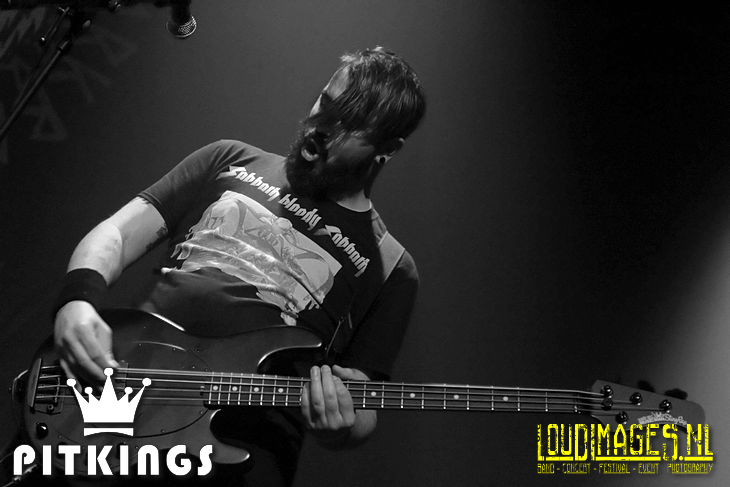 Death Machine (NL)
The first coverband of the day is Death Machine and they play a pretty decent set. The venue is about half filled and at this time of day and for a cover band, that’s not bad at all! Although it is a bit too stoic for my taste, it is a great tribute to Death and they sound not bad at all! Playing covers from only one band is pretty risky. Creativity is not in accordance of the original song and when playing a perfect copy it is easy to blame them for lack of creativity. 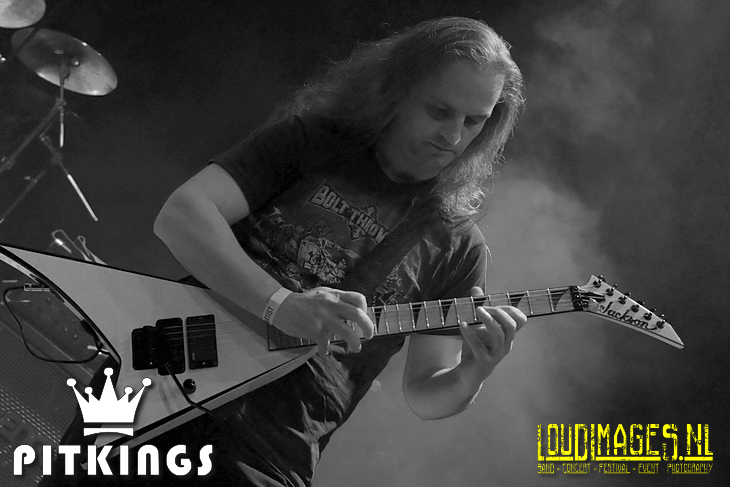 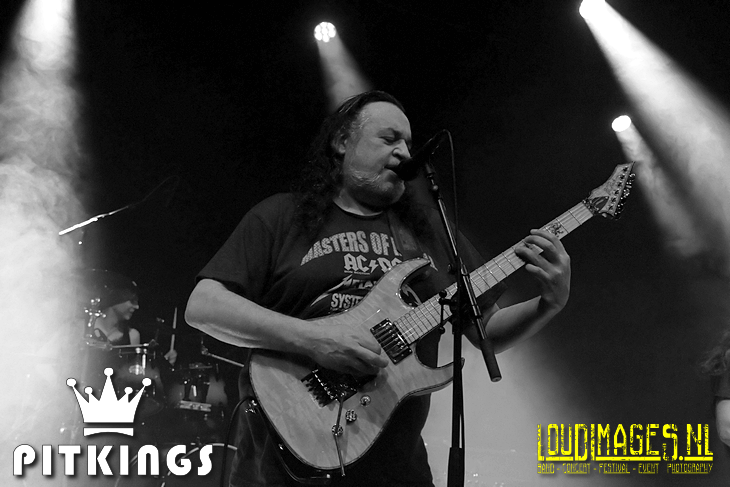 Disabuse (NL)
Disabuse again and this time indoors instead of the outdoor stage at Stonehenge. The location doesn’t matter much for this band. Inside or outside, this band is pumping and frontman Steven Tolkamp is walking around on his typical manner, spitting out his lyrics. The crowd is getting bigger and Disabuse gets them moving without much hassle. 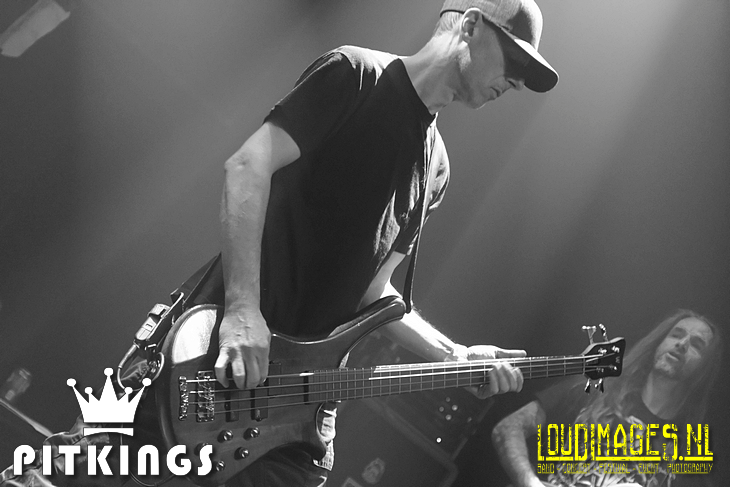 Thrashcan (NL)
It’s is time for another cover band, but Thrashcan does it a bit different. Instead of covering the songs of one band, they play thrash from the eighties of the previous century. They call themselves “a jukebox of eighties thrash” and that is quite true. I guess this band is playing a home match, by the amount of people in front of the stage. There are quite a lot of youngsters present who know all the songs by heart. Right from the first song, the crowd is getting wild. A bit too wild for me with my cameras so I decide to step back a bit. There is a lot of interaction with the crowd, which pays off big time in response. All the big names are played: Metallica, Exodus, Sepultura, Anthrax and many more. Thrashcan is great fun and it isn’t bad at all! 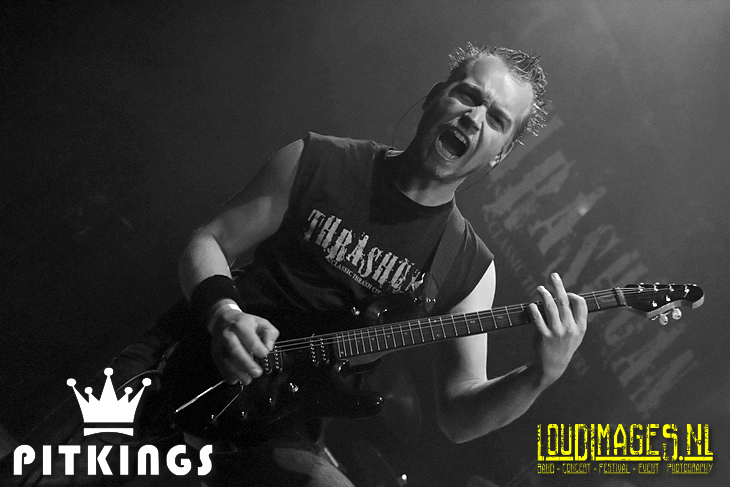 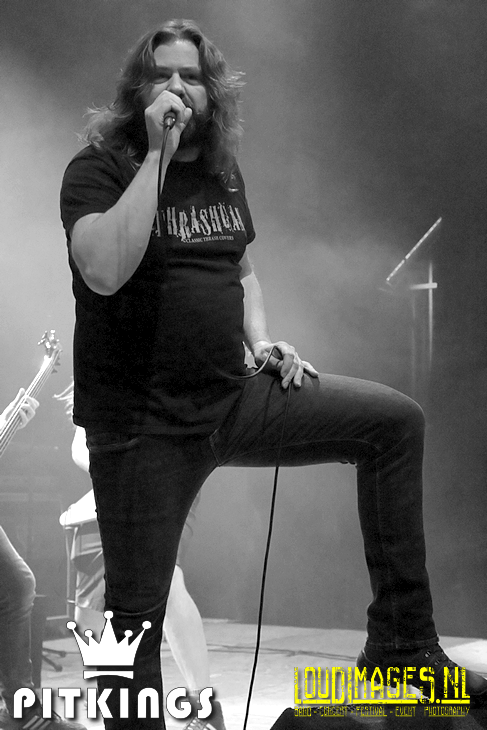 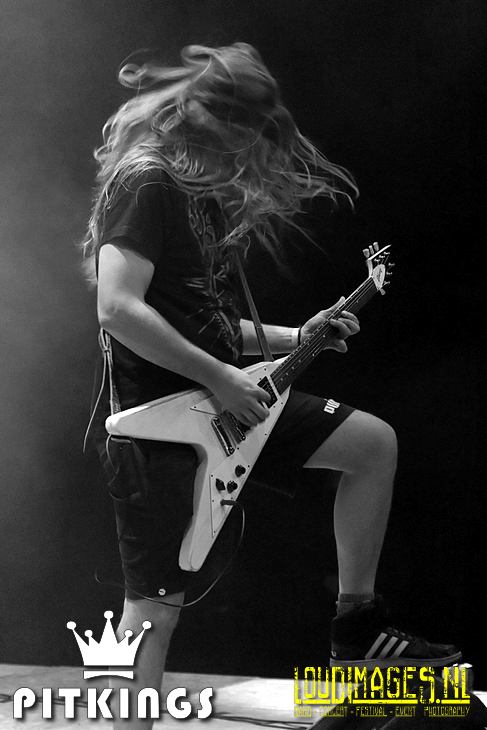 Pro Pain (USA)
On Into The Grave the robbery of Gary was still quite recent and it was an impressive perfomance, mostly because he stood there and played their set. Today was a bit of a difference. I guess Gary recovered well form his injuries, because he was killing it today. The sound was great and the venue was packed, so all circumstances where there to make it memorable. And it was! Pro-Pain was better than I have ever heard them before and by the reactions of the audience, I wasn’t the only one with that opinion! 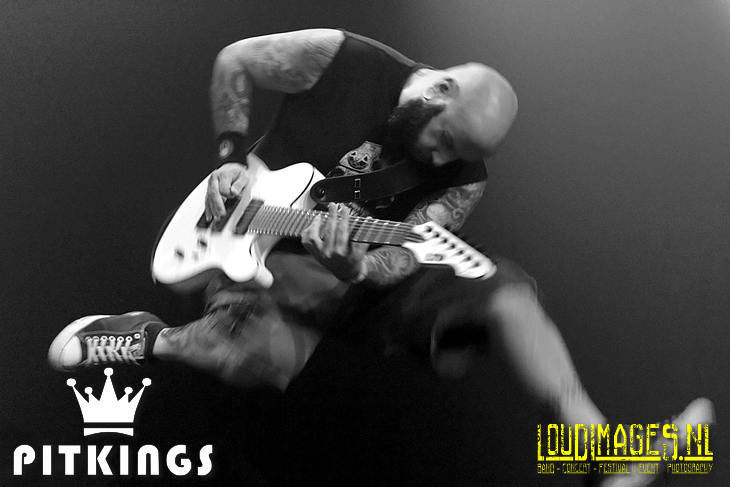 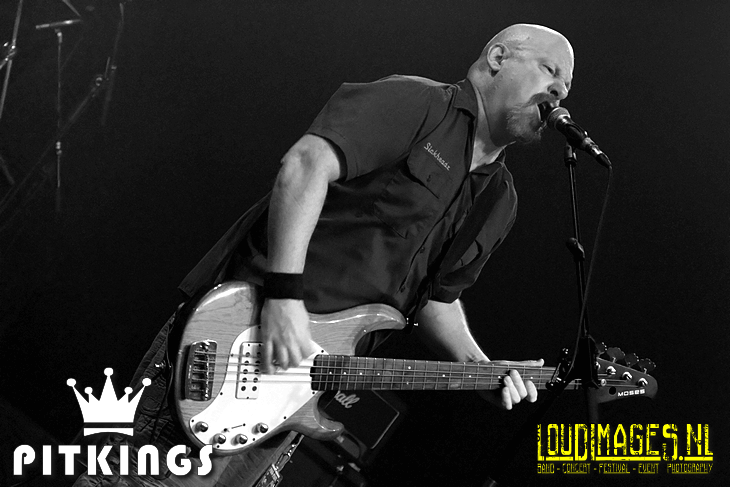 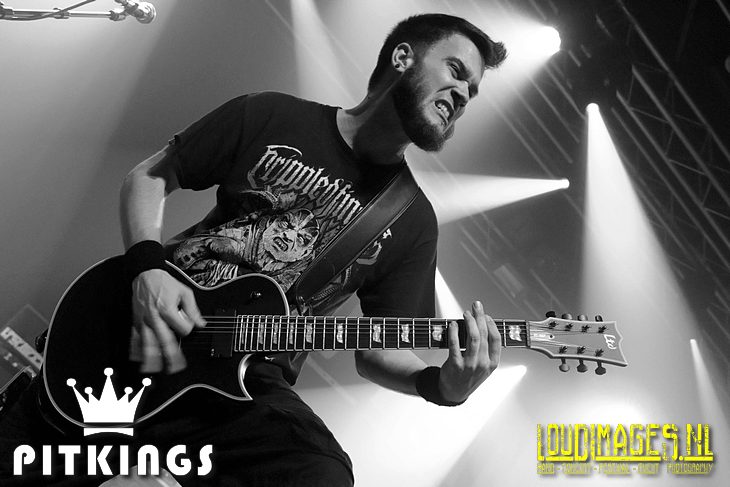 The Unforgiven (NL)
Next up is a Metallica tribute band. Singer Roel has put some effort in looking the same as James and he sounds like him too. The performance is good, but sometimes there is too much “creativity” and then it strays a bit too much of the original in my taste. The crowd is enjoying this performance immensely and that is the main factor! 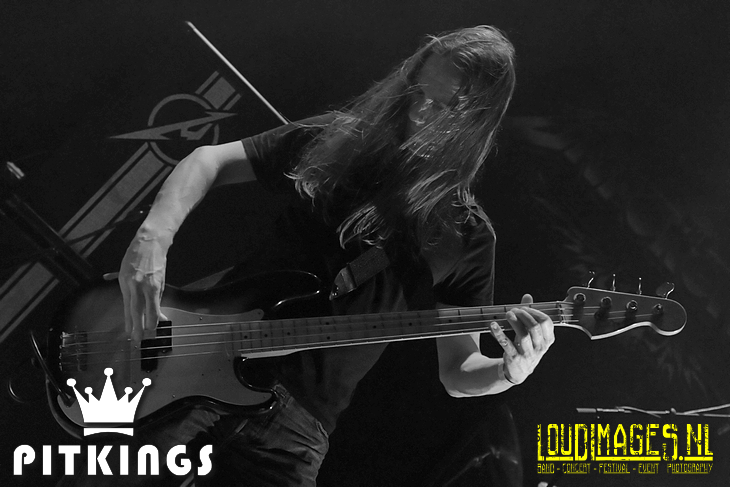 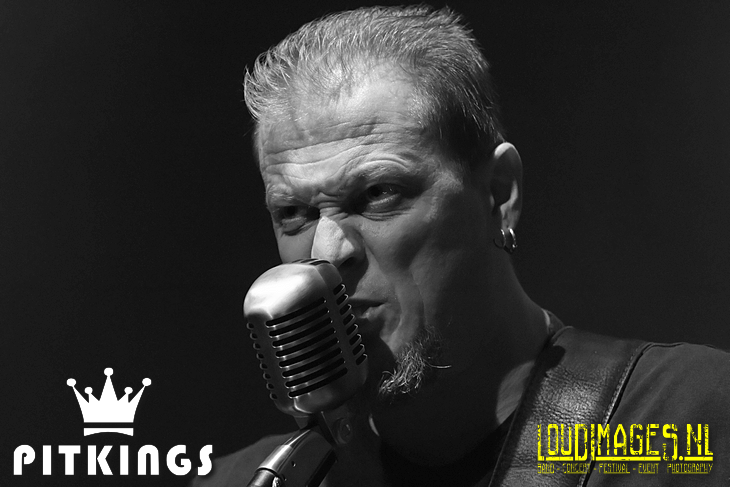 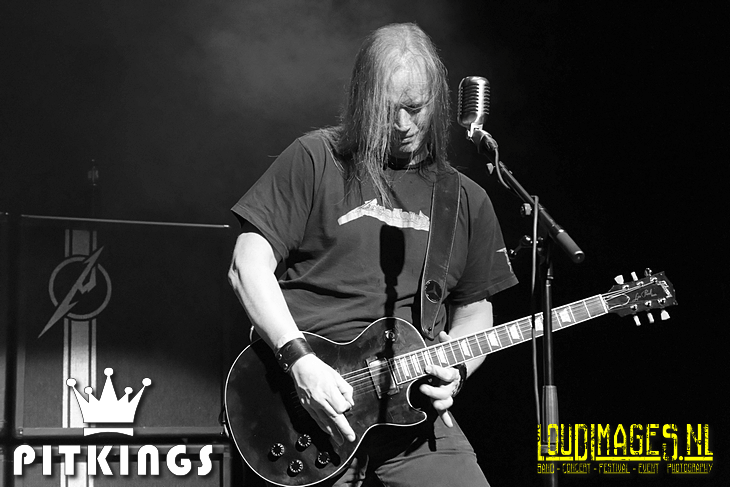 Hell (UK)
One of the main acts of the day is Hell. Hell is known for their shows and stage presence. I left Unforgiven a bit early to be sure to get a good spot at Hell and I did. The sound check was a bit hectic and it seemed the sound guy did not quite get the sound board. Behind the closed curtains the sound and lights were checked and only a few minutes later the curtains open. An atmospheric stage was revealed and the band started with Gehennae Incendis/The Age Of Naferious. Hell live is an experience. It is theatrical, or even cinematic.

Singer David Bower is a great singer and actor and can be found mainly on the edge of the stage; near his fans. The rest of the band is a bit more shy and only appear on the edge every now and then. The smoke machines are working hard, causing the back of the stage to become bit cloudy. On the other hand, the lights are awesome and extrovert David is on the edge and very visible. His voice has at times some resemblance with the voice of Jello Biafra; the first singer of the Dead Kennedys, which I think has an interesting edge. Hell is something else. I enjoyed this performance greatly and the crowd in the now packed venue did too! 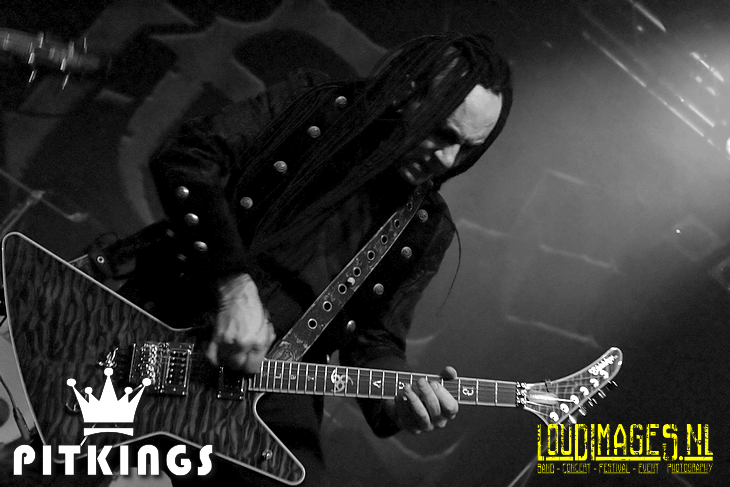 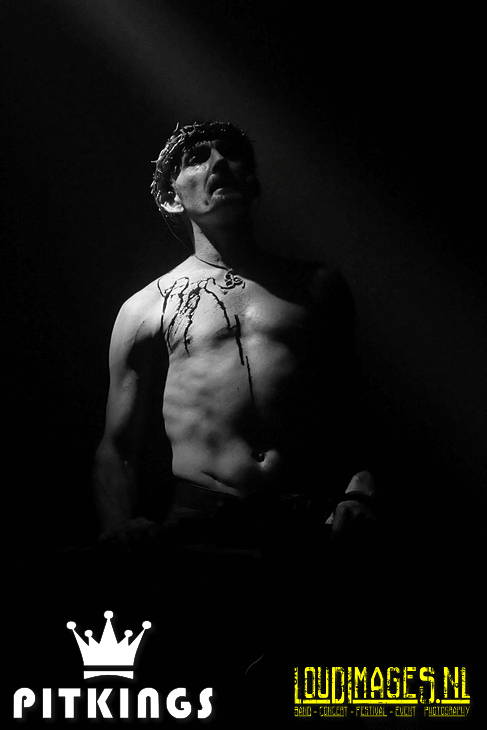 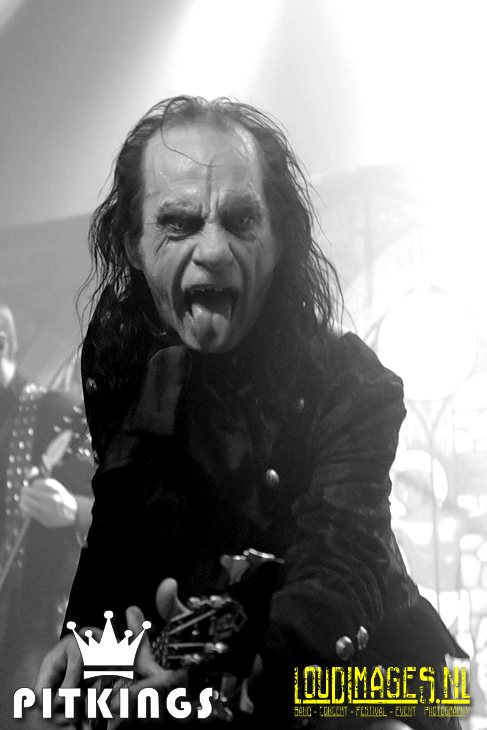 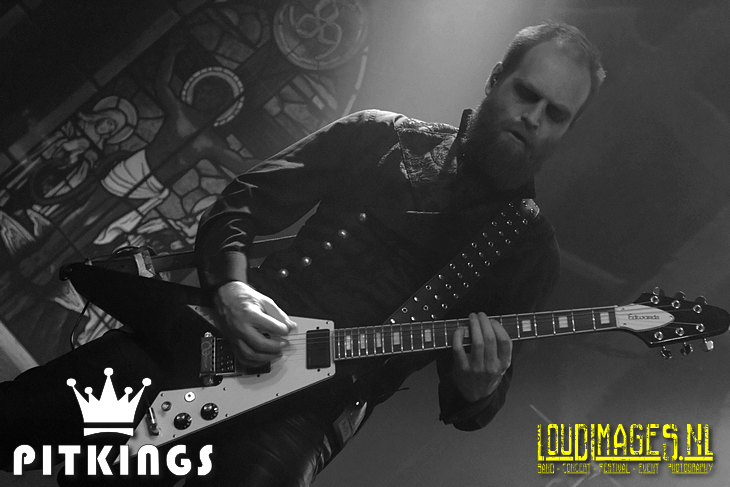 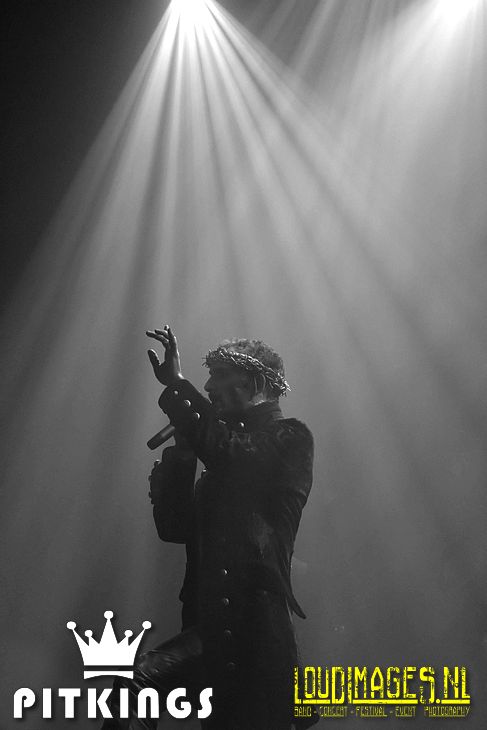 The Art Of Pantera (NL)
Walking into the venue where The Art Of Pantera was going to perform, I had to look twice. That guitarist. That singer. And then the proverbial quarter fell (Dutch saying). “That guitarist” was no one else than Marcel Coenen whom performed in the stellar Ayreon Production just a few weeks ago and “that singer” was Steven Tolkamp of Disabuse. It is fun to see the transformation of Steven from Disabuse to Pantera. The Art Of Pantera is playing pretty tight and of course all the known songs are played. The audience is loving it and especially the young ones are going wild in the moshpit. 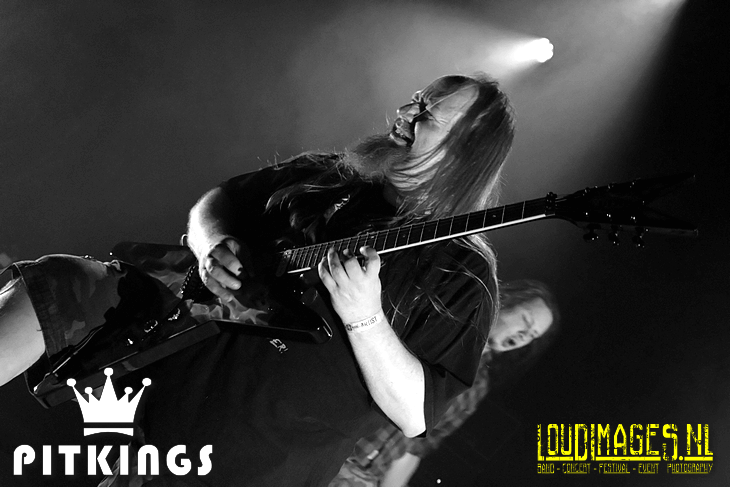 Destruction (D)
The main act of the day is Destruction. These German thrashers are still going strong after 35 years! The stage is atmospheric with skulls on micstands and impressive amp coverings. The set is loud! Fast! And awesome! The only drawback is the light. Where Hell had quite some light and a lot of smoke, Destruction has a bit less smoke, but poor light which came mainly from the backside, making the threesome mere shadows. The cramped venue is boiling and moving. Hair is flying all around and the first few rows are covered in sweat. These old timers still know how to thrash a crowd. Awesome! 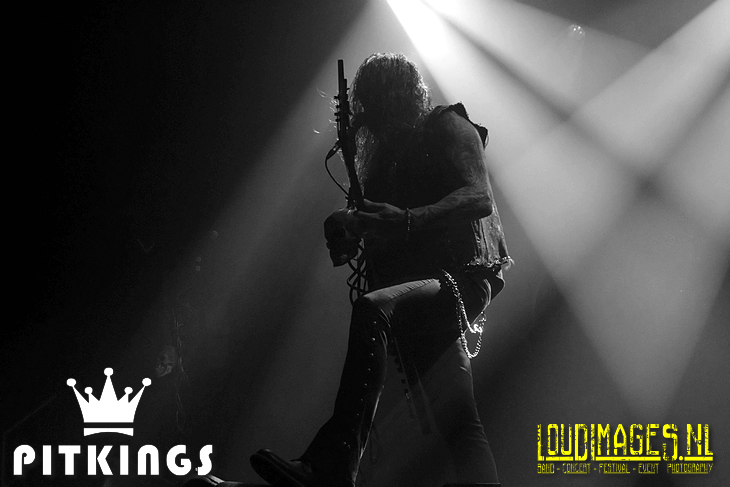 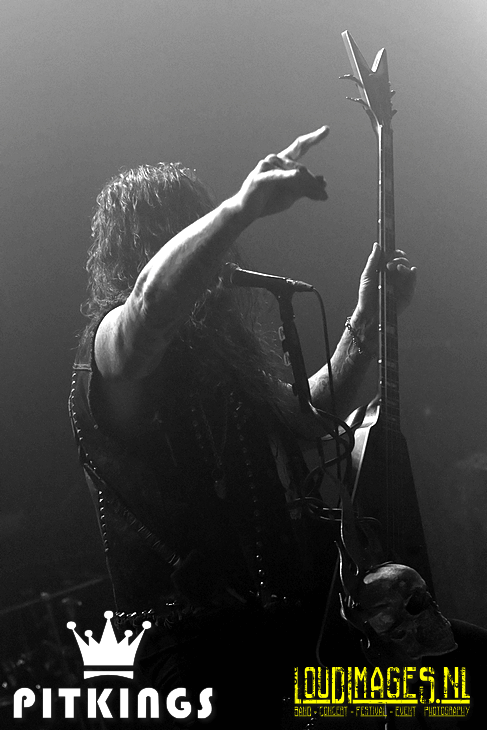 The Covering (NL)
With Destruction still pounding in my ears I take a look at the time table, to see if I have the band name right. On the stage I see the band Razend, but the time table says The Covering. It appears the members of Razend enjoy playing covers too and damn, they are good at it. With a broad selection to pick from, the set of The Covering is great and with Corinne on vocals gives it a nice twist.

Conclusion
The concept of mixing cover bands with “regular” bands is a bit of a daring one, but cover bands are progressively getting more exposure, so there is an audience for it. The cover bands were well chosen for this festival and the “regular” bands were impressively good. The DRU factory in Ulft is a perfect location for a festival of this kind. A well thought through lay-out inside and lots of free parking space outside is hard to come by. Combined with a great attendance, this festival was a success as far as I can judge.