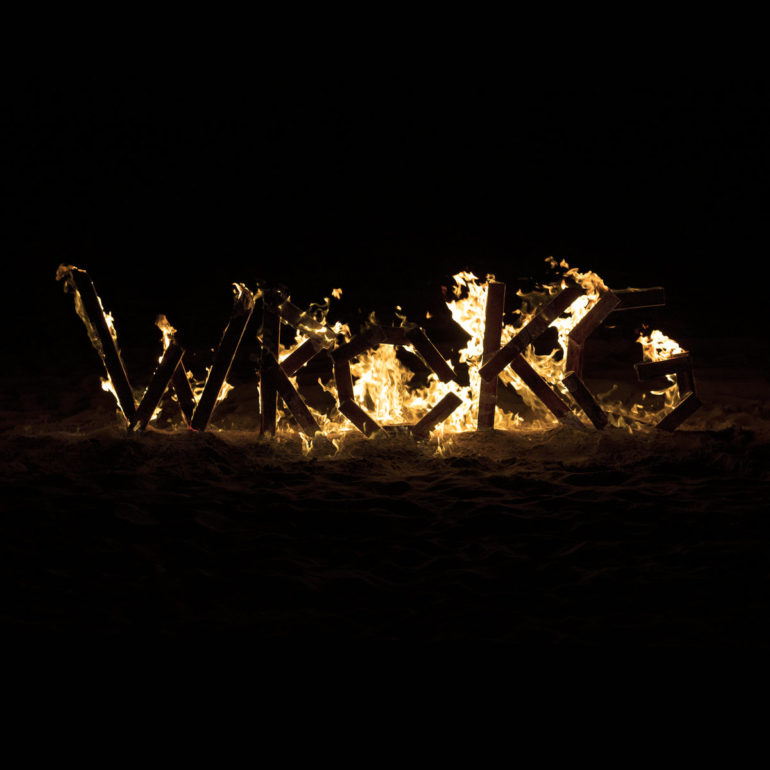 WRCKG are a self described “Dutch melodic hardcore band”, or more succinctly screamo, that formed in 2014. Their first release was a split EP with fellow Utrecht hardcore band Dock 83 followed by a muddily produced three-track EP titled ‘Silently, I Will Collapse’ last year. However, it’s this self-titled EP ‘WRCKG’ (2017) release that’s felt like the first fully realized offering from the band. They’ve lost the vowels in their band title, polished up the sound and channeled their statement of intent into five ferocious yet accessible tracks.

The first song ‘Certainty’ tears out of the speaker with the urgency and ferocity right from the start, suggesting there’s no time to waste. There’s no small talk here, no gentle introductions to what’s to come, just Jurjen van Mourik screaming “I try to keep my head up high and my eyes focused, but every time my eyelids close”. For such a narcoleptic statement, there’s nothing sleepy about the way it’s delivered.

The whole EP has been recorded with clinical precision and at times could come across almost sterile if it weren’t for Jurjen’s moments of restraint, delivered through spoken word, or the unsettling ranting contrasted against the soft guitars that open ‘Rouse’. However, the moments of restraint are few and far between as songs like ‘Escapist’ also start as though mid-way through the song already.What they lack in sonic variation, however, they make up in strong songwriting and frequent time signature changes. I’m not talking jazzy changes, just enough to drop into half-time that gives extra impact when it kicks back in. The intensity is overwhelming at times, but the melodic guitar work gives great contrast to the power of everything else. The second half of ‘Amends’ in particular almost gets shoegazey with its soaring guitars and brief introduction of backing vocals. It’s over before it begins with EP closer Remedy firing on all cylinders almost as a response to their own moment of weakness.

There’s a lot to like on this EP, the variation in sound shows that they could happily take a number of these sonic threads and explore them to create something great. ‘Rouse’ stands out as the EP highlight with its chorus hook drawing you back for repeated listens. There’s an abundance of ideas crammed into these five short tracks. It’s almost over before it begins in a way that makes you crave more. It makes you excited as to what they’d do across an album’s worth of tracks with so many possible directions hinted at that it could go any number of ways. One thing’s clear though, this music would sound immense performed live.