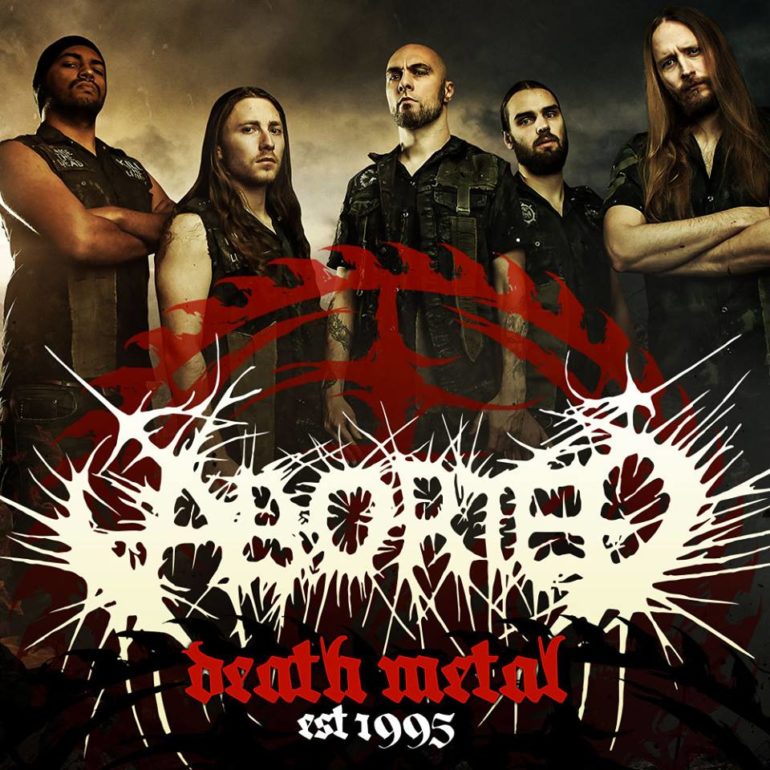 We are reaching the end of the year, so it’s time to add the last 4 bands to the ‘Dutch Heavy Music Quiz 2015‘. The death metal/grindcore band Aborted (BE) is the seventh band playing the ‘Dutch Heavy Music Quiz 2015’. In the backstage tent at Graspop 2015, Anton asked the whole band about their knowledge of Dutch heavy music. They had to beat Exodus, Cavalara Conspiracy, Obituary, Godsmack, Coal Chamber and the monster score of Cradle Of Filth. Let’s see what this Belgian band knows about music from The Netherlands!

1. Which hardrock guitar player was born in The Netherlands and moved to the USA in 1962 when he was 9 years old?
Aborted: Eddie van Halen!
Anton: Damn! That’s right. The first 3 points for you guys!
Aborted: Haha… There you go!

2. What is the most successful gothic metal band ever from The Netherlands?
Aborted: That has to be Within Temptation. The largest Dutch export product.
Anton: Are you sure?
Aborted: Yeah!
Anton: You’re damn right! Coal Chamber had 6 points, so you guys are doing very well with 8 questions left!
Aborted: Haha… Yeah!

6. Who was the original female lead singer from the legendary Dutch gothic metal band The Gathering?
Aborted: Oow, that’s Anneke van Giersbergen.
Anton: Haha… You know to much! 16 points for you. You’re now at the second place after Cradle Of Filth!

7. Which Dutch music project had Bruce Dickinson, James Labrie and Devin Townsend as guest vocals?
Aborted: Ayreon, Ayreon!
Anton: Damn! 19 points! This is going to well. I don’t want to bring that award to Belgium in December. I rather go to Miami or something. Haha…

8. Which large metal record label was founded in The Netherlands in 1980?
Aborted: Roadrunner Records.
Anton: My lips are sealed… 22 points.

9. Which Dutch female singer is since 2013 the new lead singer for Nightwish?
Aborted: Ah, that’s Floor Jansen.
Anton: Holy shit. You really know a lot! The last one for you guys.

10. Which death metal band from The Netherlands toured with Death through the USA in 1993?
Aborted: Pestilence. Or wait, Gorefest maybe? This is a hard one.
Anton: I can give you the options?
Aborted: No, no. I think it’s Pestilence, because Patrick talked to Chuck from Death in the past. And I can remember an interview on YouTube with Pestilence in the USA.
Anton: You really don’t want the options?
Aborted: No, we go for Pestilence.
Anton: That’s not correct. It’s Gorefest.
Aborted: Ah, fuck! Damn! Shit!

Anton: That’s pity! Otherwise you had 28 points. Now you have 25 points. Also a great score!
Aborted: Why didn’t you say that Pestilence was wrong guys! Haha…
Anton: You had to go for the options. That were Textures and Legion Of The Damned.
Aborted: Ah, then we had at least one point. Nevermind. Good score anyway!
Anton: It sure is! Thanks for your attention and have fun at Graspop!

Aborted: 25 points. Check all the other bands that played the ‘Dutch Heavy Music Quiz 2015‘.