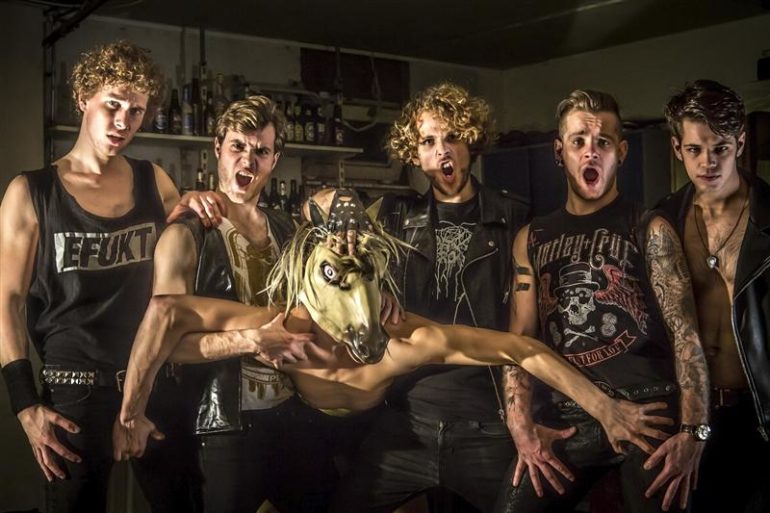 Earlier this year, the crazy Dutch rockers of the Rectum Raiders released their self-titled debut album ‘Rectum Raiders’ (listen to it online). Mixed and Mastered by Jochem Jacobs (ex-Textures), the album brings an overdose of heavy rock insanity. It turns out, that these guys are 100% metalheads! We asked them to put together a list of their 10 favorite metal albums of all time. 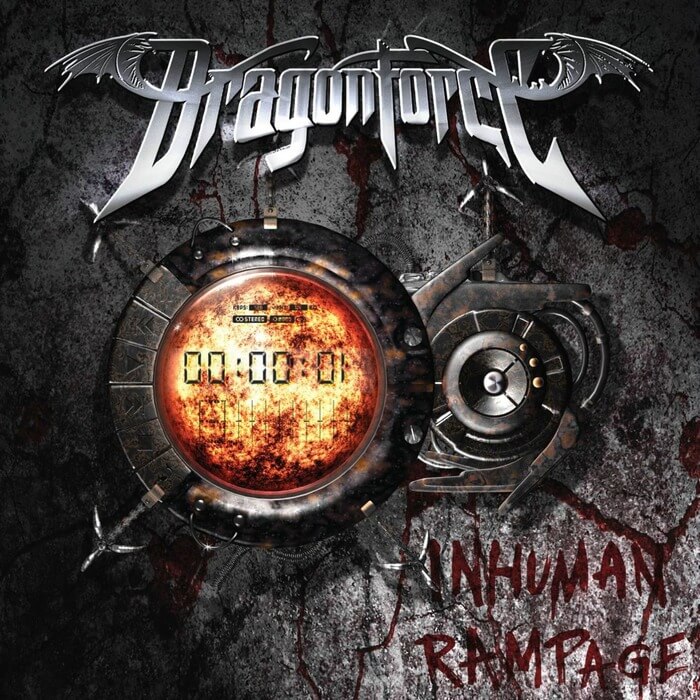 The teenage years pre-party drinking in the basement classic! You can’t have a party without Dragonforce! We played this album to death when it came out. It showed us that songs can always be faster and more complicated without losing their catchiness. It also infected many of our non-metal friends to join our shirtless beer drenched after school moshpits. This album will always have a special place in our hearts. 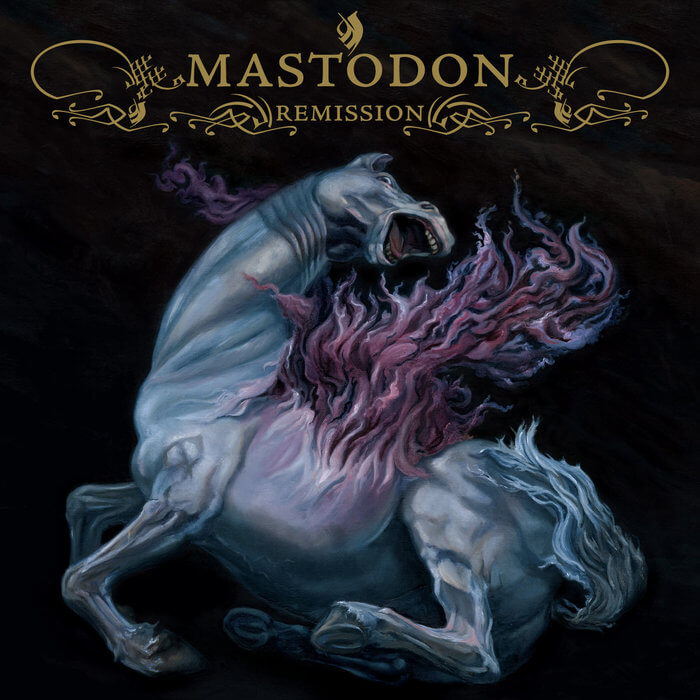 This album opened a new dimension of heaviness, intensity and brutality for us. It made our blood boil and eyes turn red! But the album was also a huge inspiration in terms of identity. Mastodon did something we really hadn’t heard before; the vocals, the sound, the guitar style, their disregard for theoretical conventions, and their combination of heaviness and technicality (and the drumming!). We could’ve put Leviathan or Blood Mountain here, but with Remission we came to love Mastodon’s ultimate heavy craziness. 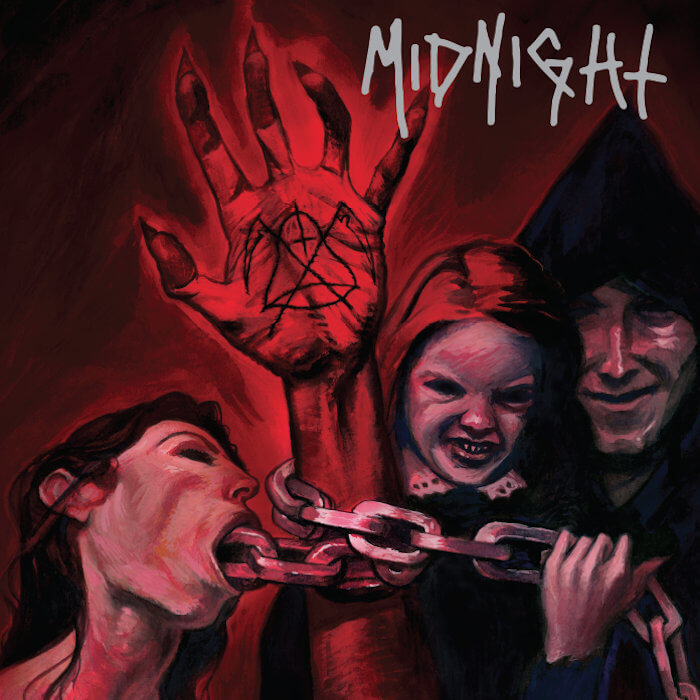 Midnight was one of these unexpected bands that came along, and woke us up again. While mixing thrash, black metal, and punk, this album predominantly breathes rock ‘n’ roll. There are great riffs, morbid lyrics, and every song spits you in the face. Although this band is relatively unknown (on record it is only one man: Athenar) some songs, such as “Evil Like a Knife” should be classics. This album just never disappoints when you are in the mood for something evil, fast, and loud. 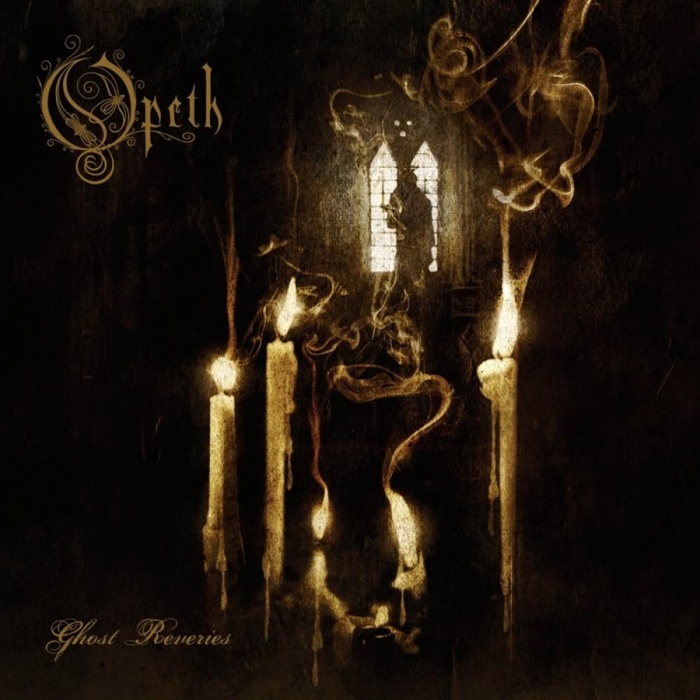 Not really being into harsh vocals back in the days, a few of us somehow lent this album from the local library. We actually bursted into laughter after hearing the deep growls of Mikael Åkerfeldt that followed the ominous intro. What the hell was this stuff? Of course, soon we got hooked, as the masterpiece grew on us. It ended up changing our perspective on music. With its beautiful mix of death metal heaviness and beautiful, calm and melancholic passages, Ghost Reveries got us into the darker side of metal. 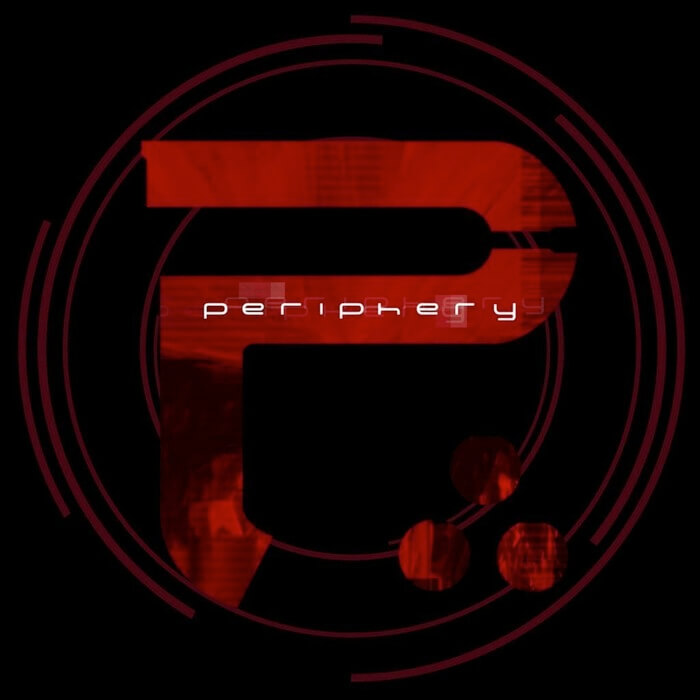 Again a band whose sound was paramount for a whole series of other artists. This album has the most insanely brutal riffs, blended with a perfect mixture of atmospherical phrases. The guitar is as percussive as it is melodic, and all the instruments come together as tight as a dentist’s glove. The storytelling melodies tie not only the songs but the whole album together into a complete work of art. Periphery II sounds like a machine, but feels oh-so human. And John Petrucci plays a guest solo. ‘Nuff said. 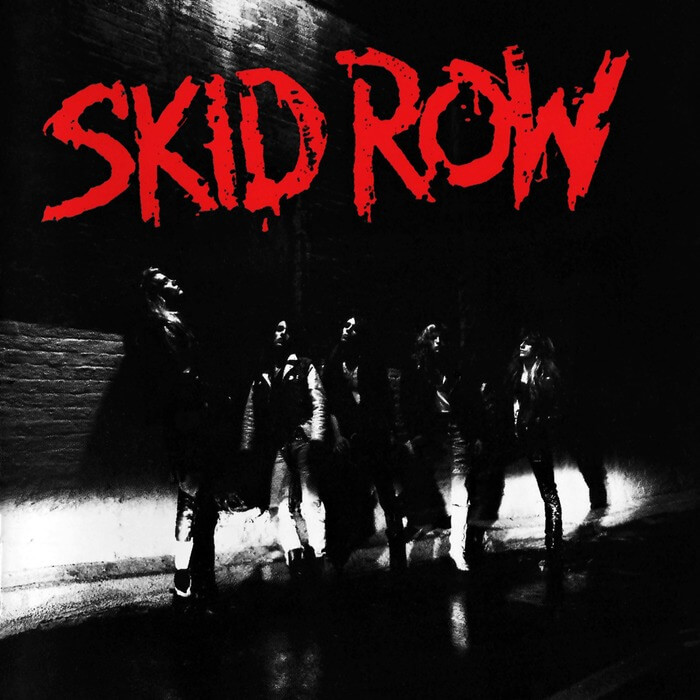 “She was a ballerina on a subway train” is a killer opening line, and from there it only gets better. This is a glam metal classic, and definitely the most poppy album on the list. We didn’t want to much old school in the list, but this album is just filled with great melodies and there is almost too much catchyness. Combined with Sebastian Bach’s powerful wide ranging vocals, truly heavy riffs, just the right amount of cheese, and not one, but two timeless power ballads, this album brings together everything great about glam metal. 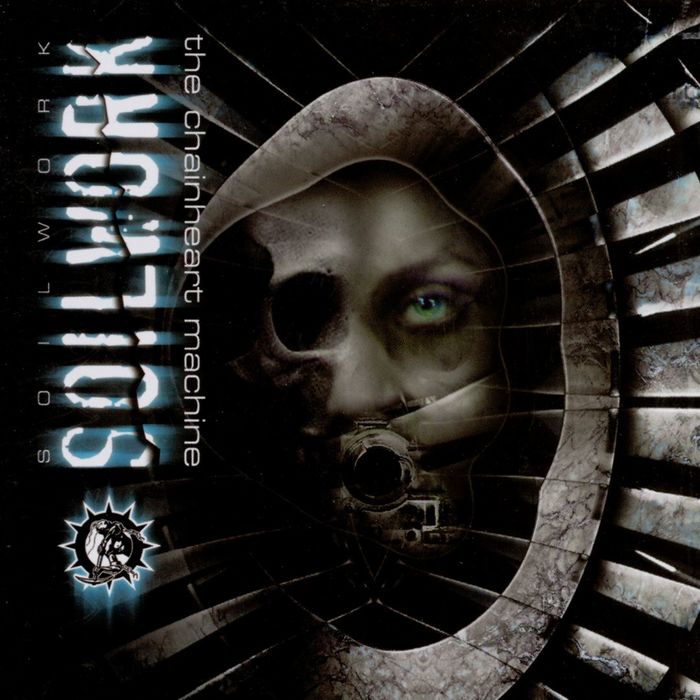 The Chainheart Machine of Soilwork is one of the most underrated gems in metal history. It has everything: unrelenting aggression, raw and powerhungry riffs, a haunting post-apocalyptic Blade Runner vibe, epic song structures and God-level solos. Every time this album doesn’t show up in a top-10 metal list our hearts shed a tear. 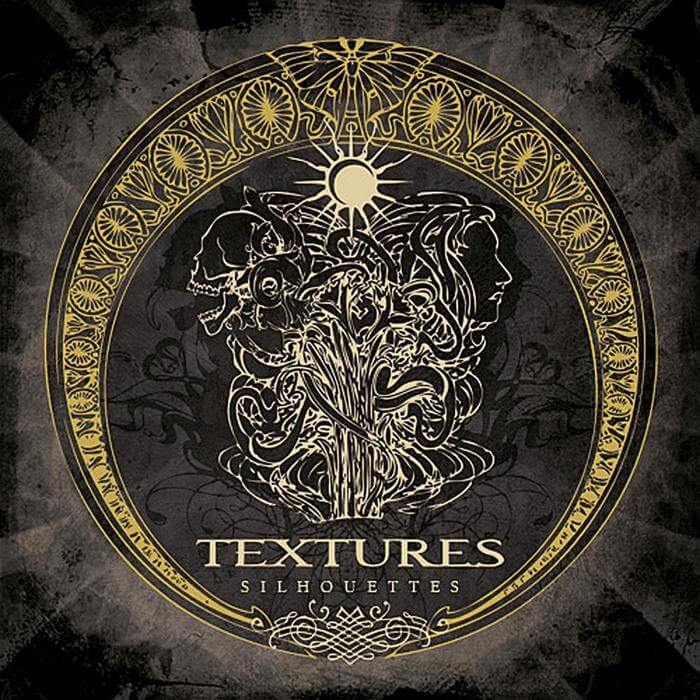 Without a doubt, Textures is the best Dutch band in (and soon, out of) existence. With Silhouettes they (again) made a genre-defining classic. The album finds a delicate balance between heavy and clean parts, both instrumentally and vocally. It shows that tension can be built up and resolved not just within musical passages but over the span of an entire album. Needless to say, we actually became huge fanboys and were extremely happy that we could record our debut-album with Jochem Jacobs (ex-guitarist and founding member). You’ll definitely find us banging our heads at their final show(s)! 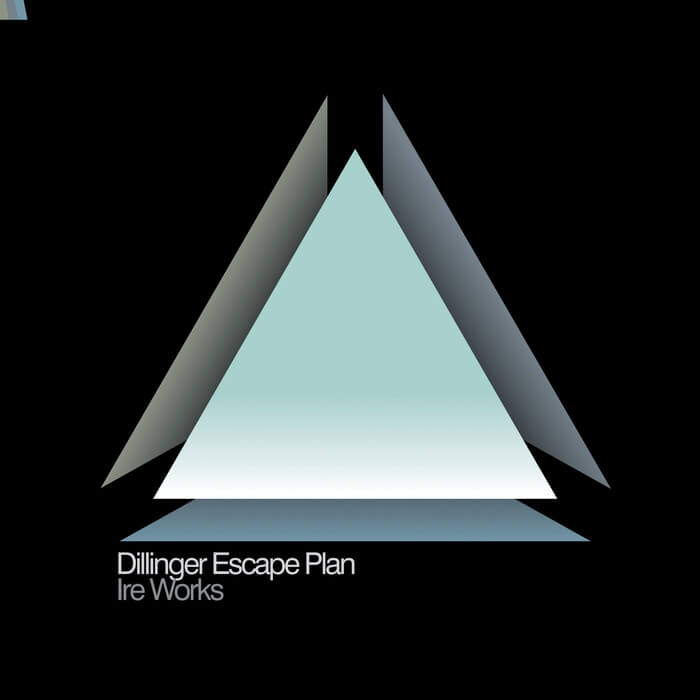 Being the godfathers of mathcore, the DEP not only know how to make you headbang to polyrhythmic beats and chaotic guitar riffs, they also set a new standard for live performances. Nobody survives a Dillinger show! The first time our guitarist Guus saw them, he broke a rib within the first five minutes! Their genuine energy and attitude have been an enormous inspiration for us. This album was our entree: a mixture of typical crazy Dillinger tracks, references to quantum theory, and containing the headbanger classic ‘Milk Lizard’. 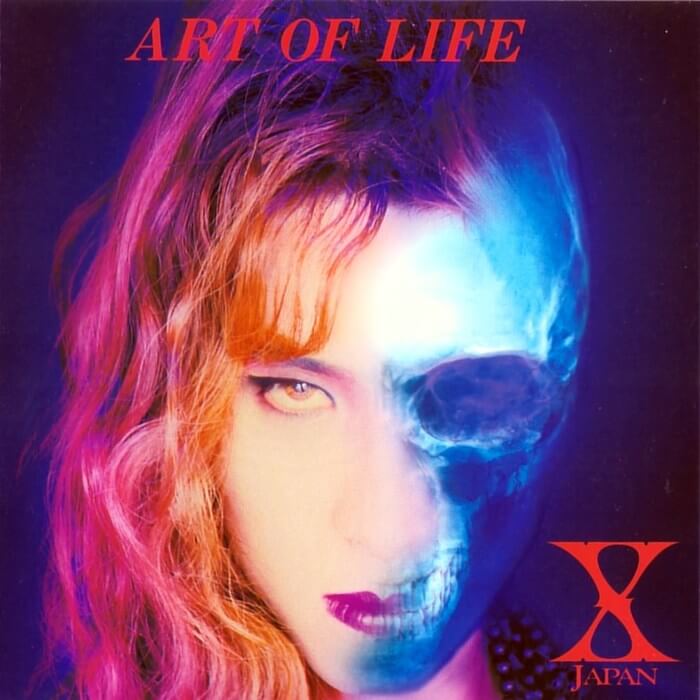 Some people call them Japan’s answer to Iron Maiden and Metallica. Perhaps they are, but then mixed with glam rock, power metal and Franz Schubert. This band has inspired us on so many levels, and this 1993 album, for us, is the summum of their heavy rock epicness. With just one 30 min song — split in half by a beautifully gruesome piano solo of mastermind Yoshiki — they throw life straight in your face. What an intense emotional rollercoaster! If you listen well, you’ll definitely find X-Japan’s soul breathing through some parts of our own work.

It was very hard for us to reduce this list to an absolute top 10. For those curious, we curated a Spotify playlist with our Top 10 favorite songs + 10 bonus songs. Because they’re worth it!