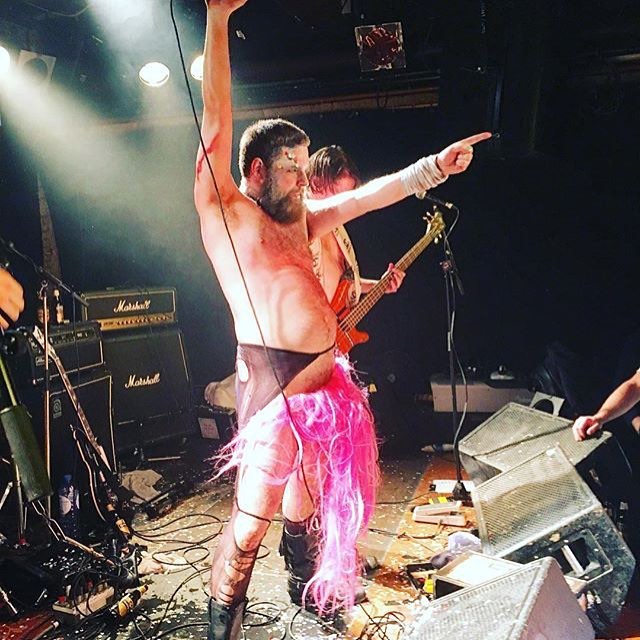 Something weird, something new. The Dutch band Orgaanklap is one of the most crazy bands I’ve seen in the last years. They call themselves a ‘Nederpunk showband’, which means that they do more then playing music on stage. Just expect a kind of circus, combined with punk music. On February 13, 2016 they released their brand new album ‘Panic! At The FEBO’ (download for free!). Now they also released an official video for the song ‘Ik Heb Er Zin In’. They are crazy as hell, but I like it!