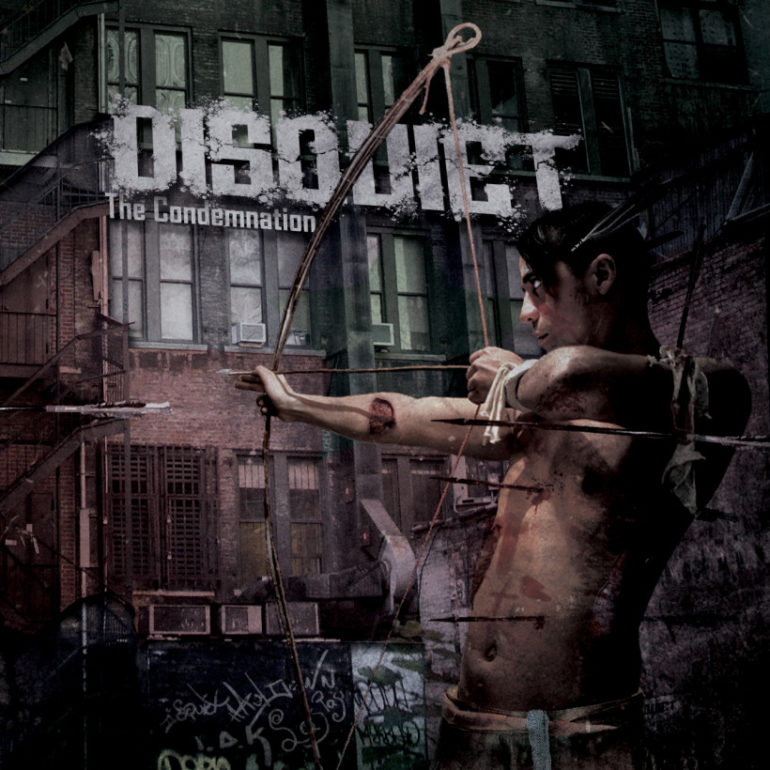 The Dutch death/thrash metal band Disquiet released their brand new album ‘The Condemnation’ in January 2016. It’s their second full-length album after their release of ‘Scars of Undying Grief’ in 2011. This album received a lot of positive reviews and it also resulted in a gig at Wacken Open Air and gigs as support act of Annihilator and Arch Enemy.

But what can we expect from this new album? Is it just as awesome as ‘Scars of Undying Grief’? Well, yes it is! What you can expect is very high quality and good organized death metal mixed with strong heavy metal and thrash riffs. So I have to say that the term ‘death metal’ does not cover the subject at all. Because ‘Disquiet’ brings you a perfect mixture of traditional heavy metal guitar solos, thrash/death and hardcore vocals, thrash riffs, slow doom parts, spherical black metal parts based on a death metal foundation.

The sound of the album is amazing and from very high quality. If you didn’t know they are from The Netherlands, you would think this is an American band, without being overproduced. The instruments are all mixed very well to one nice sounding total and the songs contain some nice samples of speeches and other sounds, which gives this album a spheric dimension with substantive messages. For me the most important things that make this album really good, are the guitar sound, solo’s and the vocals. The vocals are basically serious death metal vocals, but combined with semi-clean vocals. This gives some moments of rest during the album. Like I said the sound of the guitars are also very pleasant to listen to, especially during the solo’s they add a very melodic touch into the songs. This makes it all very easy listening and it proves that this is more then an one of a kind death metal album.

I can be short in my conclusion: this is an amazing album with a nice variety of metal songs of very high quality. A real must have for death and thrash metal lovers. But there’s only one thing I don’t understand: 1560 likes on their Facebook-page. This must be a joke! Help these guys to reach at least 10.000! They really deserve it!