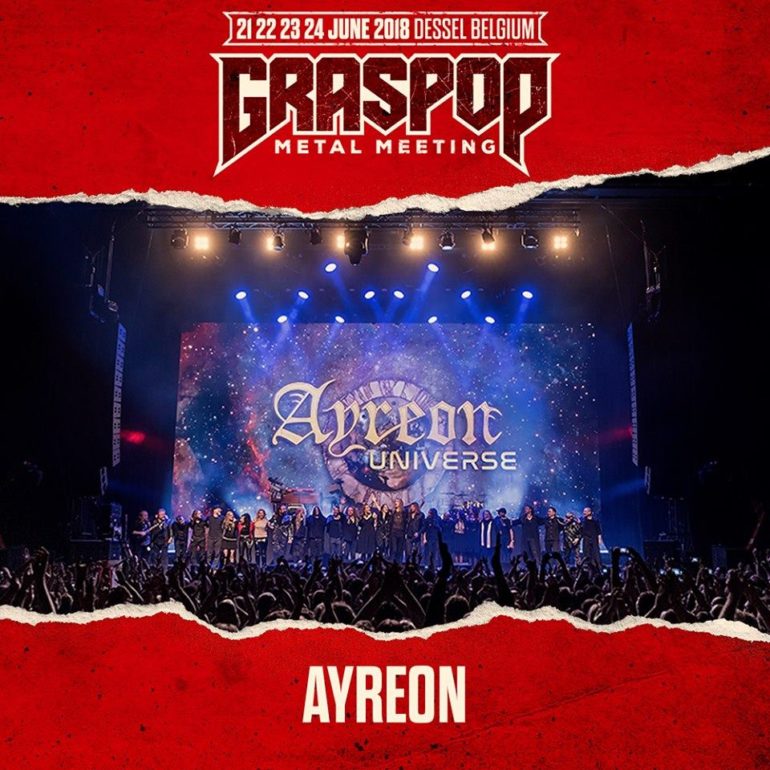 After the 3 sold out shows in the 013 (review over here) venue in The Netherlands, Ayreon Universe is ready to headline the Marquee Stage on Friday, June 22 at Graspop Metal Meeting 2018.

This first exclusive Ayreon festival show will be performed by the very best original Ayreon instrumentalists and vocalists. And to make things extra special: none other than Barry Hay (Golden Earring) and Arjen Lucassen himself will hit the stage as well for a very special guest performance! The 75-minute Ayreon Universe live show at Graspop will feature the very best tracks from the Ayreon albums, as well as two fan favorites from Star One.

Ayreon Universe performed live in September 2017 for the first time ever. All 3 shows at the 013 venue in Tilburg sold out within 24 hours, and 9,000 fans from 54 countries came to The Netherlands to join Arjen in this once-in-a-lifetime experience.