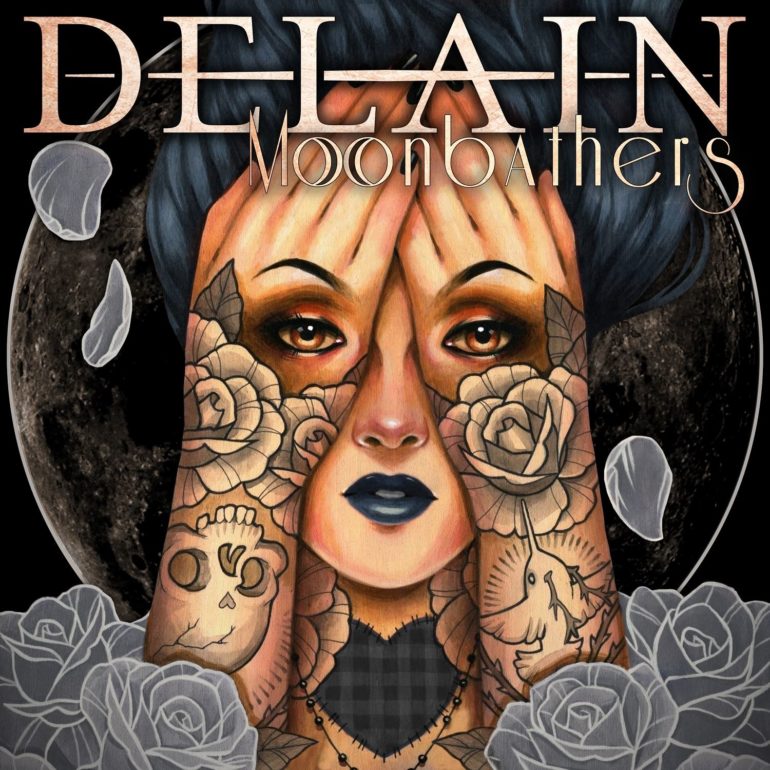 The Dutch symphonic metal band Delain is going fast, faster than we can write! After their last full length album ‘The Human Contradiction’ in 2014, they also released the EP ‘Lunar Prelude’ in the beginning of 2016 and toured extensive through the USA and Europa including all major metal festivals. On August 26, 2016 they added a new album to their discography called ‘Moonbathers’. A new chapter of Delain has started!

The album starts off with the bombastic song ‘Hand Of Gold’. Together with the song Pendulum, this is one of the few heavy songs on this album. So just expect a nice variety of songs. Slow ballad songs like ‘Chrysalis – The Last Breath’ and catchy rocksongs like ‘Danse Macabre’ and ‘Suckerpunch’. It never gets really heavy like for example Epica, but in my opinion that’s not a bad thing, because all the other ingredients are done better and more than average on this album.

Delain puts tons of vibe and feeling into the songs, which takes you on a magical tour of gothic rock and symphonic metal. It’s the fabulous combination of the natural singing of Charlotte and the heavy D-tuned guitar riffs and the tactic use of the keyboards. The songs are all very catchy and packed with good melody lines. All dose elements together bring you to another musical dimension and let you forget all things around you. There are not a lot of bands with this particularly capability.

The only weak song in my opinion is ‘Scandal’. I have the feeling it was meant as a kind of hit song, but for me it’s to cheesy with an eighties glam metal touch. Nevermind, there are ten songs left which I really like! ‘Moonbathers’ is just packed with catchy songs and mixed and produced with constant high quality. Again Delain proved that they are one of the best symphonic metal bands around at this moment. Good job!