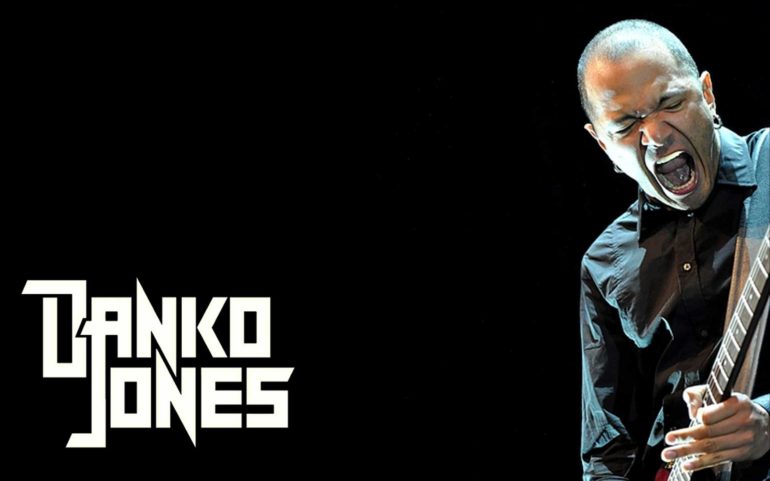 After 9 bands, the American hardrocker Danko Jones is the last one that’s playing the ‘Dutch Heavy Music Quiz 2015‘. Anton talked with Danko Jones before the gig at Het Paard, Den Haag on December 20th, 2015. A though job for him to beat Exodus, Cavalera Conspiracy, Obituary, Godsmack, Coal Chamber, Dragonforce, Aborted, Like A Storm or Cradle Of Filth.

1. Which hardrock guitar player was born in The Netherlands and moved to the USA in 1962 when he was 9 years old?
Danko Jones: Eddie van Halen!
Anton: That’s perfect. The first 3 points are there.
Danko Jones: Haha… Nice! Then we can go on!

2. What is the most successful gothic metal band ever from The Netherlands?
Danko Jones: Oow, ah, I know this. The Gathering?
Anton: It’s your final answer?
Danko Jones: Yeah!
Anton: I’m sorry, it’s not The Gathering. It’s Within Temptation.
Danko Jones: Ah, yes. It’s one of those… Were you doing this quiz also in the summer?
Anton: Well, actually I was at Graspop where I played the quiz with al lot of bands. You were also there, but couldn’t make it to the interview at that time. Maybe next year!

7. Which Dutch music project had Bruce Dickinson, James Labrie and Devin Townsend as guest vocals?
Danko Jones: Oow, wauw… You have to give me some other options.
Anton: Star One, Ayreon or Stream Of Passion. Damn! 19 points! This is going to well. I don’t want to bring that award to Danko Jones: I honoustly dodn’t know. Never heard of them.
Anton: Well, then just choose one
Danko Jones: I’m going for A again.
Anton: No, it’s B, Ayreon. It’s from Arjen Lucassen. Let’s continue!

8. Which large metal record label was founded in The Netherlands in 1980?
Danko Jones: Is it Nuclear Blast?
Anton: No, that’s German. It’s Roadrunner Record.
Danko Jones: Really? I thought that was American?
Anton: Well, they moved to America in 1986, when the became bigger and bigger. But it was founded in 1980 bij Cees Wessels in The Netherlands. Nevermind, still 10 points for you!

9. Which Dutch female singer is since 2013 the new lead singer for Nightwish?
Danko Jones: I don’t know her name. Ah, hard one this. Give me a photo of the options and I can pick her out! Haha…
Anton: Well, maybe you know it with the names. Maria Brink, Floor Jansen or Caroline Westendorp.
Danko Jones: It’s not A, so I go for C.
Anton: No, man. It was B, Floor Jansen.
Danko Jones: I suck man. Haha…

Anton: Well, 11 points for you. The same score as Godsmack and 1 point less then Exodus.
Danko Jones: With who did you talked from Exodus. Steve?
Anton: No, with the Tom (drummer) and Jack (bass player).
Danko Jones: Ah, but they were with two people… Haha…
Anton: Yeah, but it was at Graspop and they already drank some beers. Haha…
Danko Jones: Haha… And who has won?
Anton: Cradle Of Filth. They knew every question. Unbelievable.
Danko Jones: That’s really amazing!
Anton: Well, thank you very much and have a great show tonight!
Danko Jones: Thanks and enjoy it tonight!

Danko Jones: 11 points. Check all the other bands that played the ‘Dutch Heavy Music Quiz 2015‘.