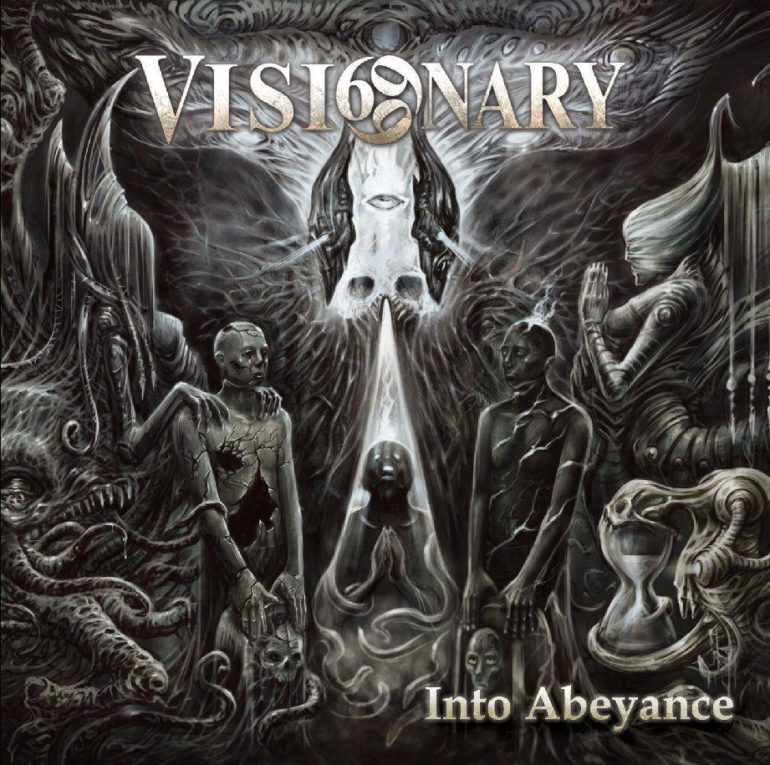 We all know that The Netherlands is packed with excellent death metal bands. We are quite a small country, but the musical violence of this little country is well known in the world we live in. Visionary666 is a very good example of the treasures that we have. This band has been around since 2012 under the name Visionary666, but was known as Visionary from 1996 till 2012 and also released an EP in 1998. Why the name change in 2012? No idea!

In October 2015 Visonary666 finally released their debut album ‘Into Abeyance’, including 10 songs of pure and straight in your face death metal. The songs and sound reminds me a lot of death metal bands from the nineties. The first song ‘Abeyance’ starts straight in your face without any compromises. The songs are filled with blast beats, but also have some old school up tempo in it and that makes me realy happy! The guitar riffs are packed with variety. You have fast riffs combined with a lot of melody and killer solo work during all the songs. The vocals are brutal grunts that reminds me of bands like Deicide and Vader.

Throughout the songs they also work with samples from Winston Churchill. That works really well! Visionary666 knows how to bring old school death metal at its best. Why? Probably because the have been around the scene for a while and the members played and play in several other bands (Stigmatheist, Korpse, Dictated, Toxocara, The Monolith Deathcult). The result is an perfect album which contains the entire package. Strong vocals, great music and tight as hell. Excellent variety and composing of the songs and perfect production! This album will spin in my CD player a lot!