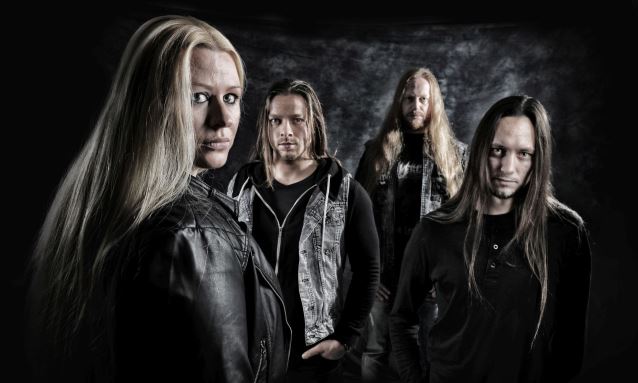 This is the brand new official video ‘Time To Run’ from Izegrim. The song is taken from their latest album “The Ferryman’s End”, which was released on March 25 by Listenable Records.

Marloes from Izegrim says: “The video represents a stunning and powerful hell-ride into the gruesome depths of my freaky mind. During this particular song, I step into the shoes of a deranged murderer who is ready to shoot and kill without any particular reason. It doesn’t even matter whether or not the victim is a homeless person or has a young family. Their happy faces are just pictures on the wall to me. Even at the end of the video, their last moments of peace are brutally disturbed. This is Izegrim captured on video: pure, raw and intense!”