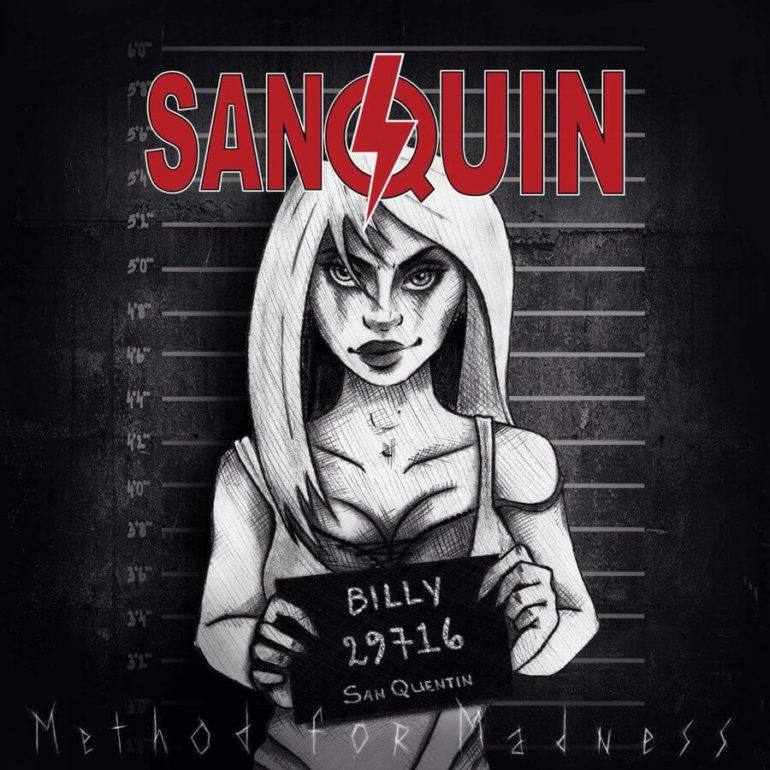 The hardrock band SanQuin is the selfproclaimed AC/DC of The Netherlands and launched a new EP in December, 2016: ‘Method for Madness’. Founded in 2013, the band has come a long way. With a few changes in formation, the band stays true to it’s sound and is rocking on. SanQuin originates from the Southern part of the country, where they also recorded their albums. Heavily influenced by AC/DC, Airbourne and Slash, this band is paving the way by force.

When listening, there is an unmistakeable resemblance to the Australian Gods Of Rock. Nevertheless, this young band delivers in a way that does justice to these bands. From the get-go there is no question that the track ‘The Bar’ was inspired by songs such as ‘Back in Black’ and ‘Highway to Hell’. The raw vocals of lead singer Tom van Nieuwenhoven, combined with the straight forward guitar playing, don’t leave much doubt. No nonsense or complex rhythms, instead of that we get solid riffs and solo’s which Angus would approve. The heavy guitars and clean rhythm sections are perfectly executed. Overall the album consists of ‘steady rock’ tracks. Simple, yet effective. As heard in ‘Rebel City’. The question is whether SanQuin can take this solid base and elevate it. The tracks ‘Roughen it Up’ and ‘Dog on the Loose’ breathe 80’s rock.

The band has big shoes to fill when it comes to comparing yourself to legends as listed above. However, they made an honest attempt with this EP. Overall this EP is quality work and SanQuin displays it like they have the skills to perform it convincingly. It’s yet unknown what the band comes up with next and if they can, step up to the plate and raise that bar. For those who are familiar with AC/DC, Guns ‘n Roses and other legends of rock, this EP might be right up your alley. But I’ll say it again: big shoes to fill.