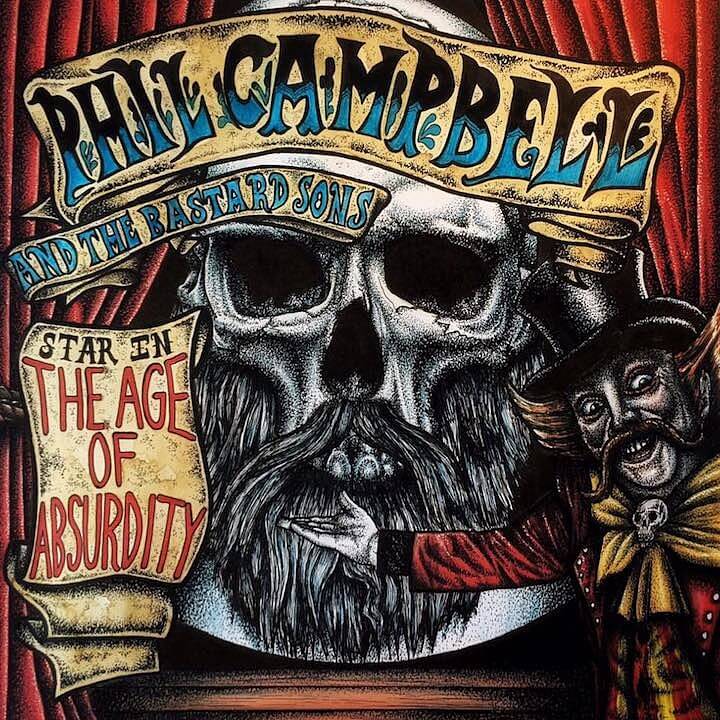 We all know Phil as the former guitar player of Motörhead from 1984 till the death of Lemmy in 2015. He started his own band Phil Campbell And The Bastard Sons with his 3 sons in 2016. They entered the studio with Chris Fehn, the percussionist of Slipknot, to record the debut album ‘The Age Of Absurdity’ which was released in January 2018 by Nuclear Blast.

The album is a blend of ’80 pop rock, rock ‘n roll, blues and pure heavy rock. The album cover looks inviting, as a ring master shows you the entrance of the circus. Phil takes you as a true ring master by the hand and shows you his musical world. As we follow his path, we start with ‘Ringleader’ which sounds like the ’80 pop rock and through ‘Freak Show’, ‘Skin And Bones’ we get a ‘Gypsy Kiss’.

When you close your eyes, you can clearly hear Phil’s Motörhead roots, also you expect to hear the voice of Lemmy at the beginning of the song. With ‘Dark Days’ you hear the raw blues, which could also be on a ZZ-top album and with ‘Dropping The Needle’, Phil gives you the sound of rock and roll a little bit like the Stray Cats in the ’80-s. It’s refreshing to hear an album with this many different sounds and it’s a promise for the next album.