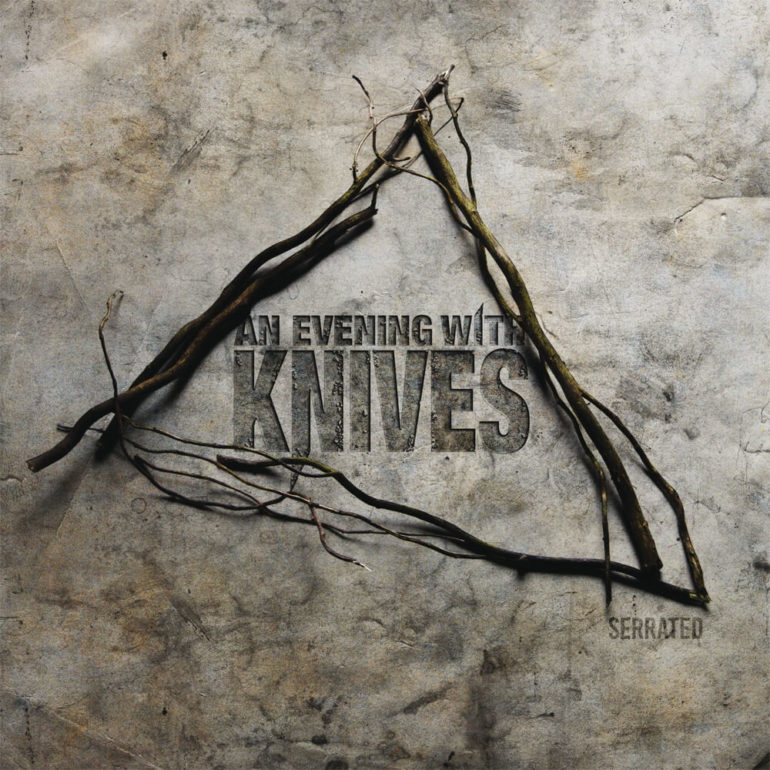 Five years after the Dutch doom/post metal band An Evening With Knives was founded (2013), they finally released their long awaited debut album ‘Serrated’. On January 26, 2018 the CD was launched by Argonauta Records (Italy) and the vinyl version by Lighttown Fidelity (NL). The way how the band describes their own music makes me very curious about this album: “Where the wall of sound falls down into a sea of tranquility, we always keep it dark, heavy, and captivating.”

After the release of their self-titled debut EP in 2015, the three-piece band from Eindhoven played a lot of gigs in The Netherlands, but also in Belgium, France and Germany. It made them who they are today: an energetic machine spitting with heavy, extraordinary, mind blowing and dark tunes. The low tuned heavy guitars, slow tempos, nice melodic guitar solos and intense screaming are the main ingredients of ‘Serrated’. The music contains influences of doom, post, stoner, psychedelic and groove metal, but also a touch of grunge. You can feel the sinister, passion and emotion in every song.

The structure and composition of every song is bringing enough variety and keeps you focused. After listening to the whole album my only question is: “What was the exact difference between song 1, 4 and 9 or 2, 3 and 7? The songs looks quite the same because of the constant slow tempo and screaming vocals. If this album had just a little more clean vocals and fast bridges, it would be more exciting. Just a minor detail, because all by all ‘An Evening With Knives’ came up with an awesome debut! Give it a shot and they blow you away!