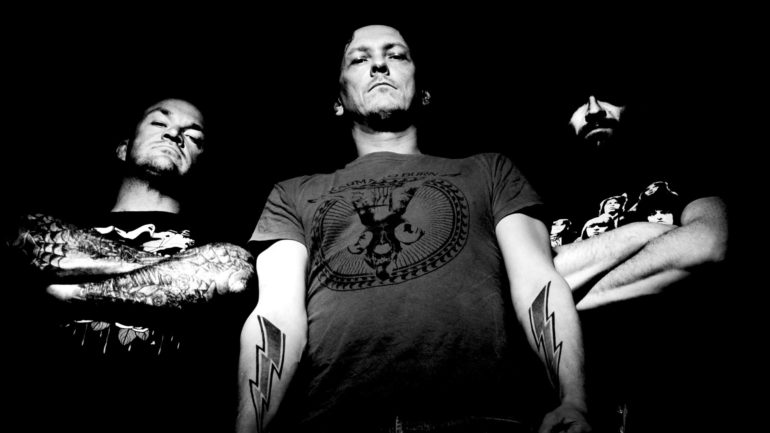 “It was loud, mean, fast & dirty”. An international farewell tour in 2016 will become the last chapter for the boys of the hardest working rock band Peter Pan Speedrock. “All dreams have come true and we fulfilled all our ambitions. The Peter Pan Speedrock story is told, the book can be closed.” For singer-guitarist Peter van Elderen, bassist Bart Geevers and drummer Bart Nederhand it’s time to explore new (musical) horizons.

Peter Pan Speedrock 1996-2016
Founded in Rockcity Eindhoven in 1996, the rock machine Peter Pan Speedrock played in almost every city, stain, village and hamlet in The Netherlands. But also outside their own country this three-headed band also moved nonstop through Europe, North America, Canada, Australia, New Zealand, Asia and next week Japan.

The sympathetic rock trio (unofficially completed by band mascot Dikke Dennis) grew to a famous name in the international rock scene. They were the founder of the music genre ‘speedrock’ and inspired dozens of bands to start making music themselves. The Dutch band with the most shows on the counter: a whopping 1980 versus 2247 shows of Ramones. It was also the only goal that was not achieved in just twenty years: only 268 shows left to break the eternal record of the Ramones.