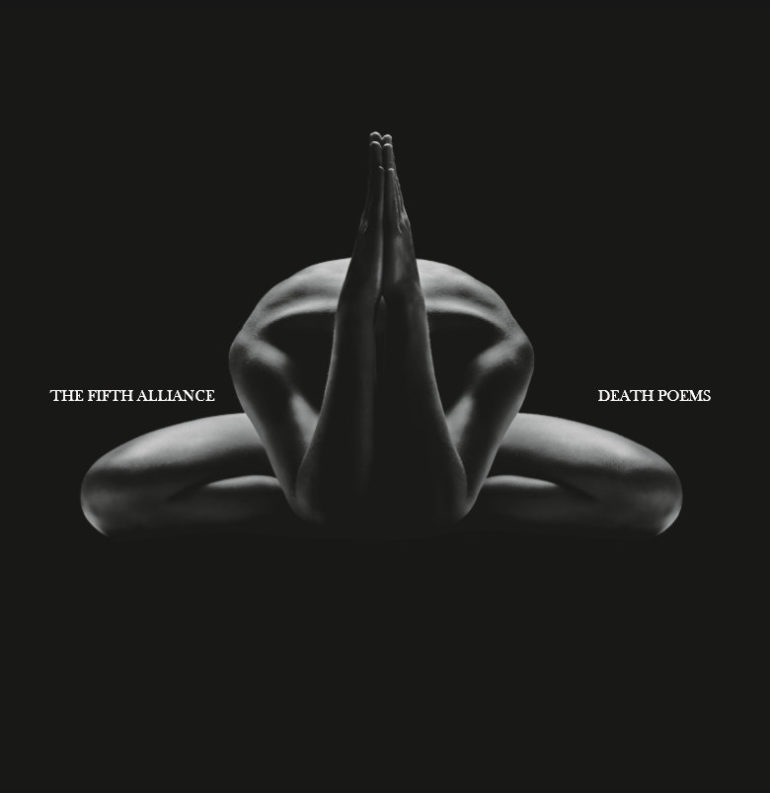 The Dutch band The Fifth Alliance are from Breda and play a mix of doom, sludge and post-hardcore. On October 30, 2015 they released their second full lenth album ‘Death Poems’. It’s a 4-track album, but with a total length of almost 40 minutes. So just let’s call it a full lenght album! On December 13th, the album is also available on vinyl.

Before I start talking about the music of the album, I first would like to give you an introduction of the moment that I listed to the album. Because it’s a day after the attacks in Paris. I’m listening to this album in the train while I’m reading the newspaper with all the terrible stories. Something that gives this album an extra dimension.

The album starts with the song ‘Your Abyss’. With 11 minutes this song is the longest one on the album. A long instrumental intro with clean vocals. It sucks me into the music and takes my mind to another place. It looks like I’m temporary somewhere else, till the screaming starts and I wake up in the train. During the song, singer Silvia is spitting all their frustration and in the end they speeding up for one minute. Let’s call it some firework where they proof that they actually can play fast parts.

The following three song have basically the same ingredients as the first song. Slow songs with heavy guitars and screaming female vocals, which all start slow and build up to a climax. The music is aggressive and I really have the idea that they wanna tell me a message, because theres a lot of emotion and hate in the vocals mixed with sadness.

Some songs could be a little shorter and should contain a little bit more surprises, because when you heard one song, you basically heard them all. And that’s pity, because I like the whole concept of the sound. If you are going to listen to this album, you have to be patience, take the time and let the music do the job. That’s where the album had the most impact at me, sitting is the train reading sad stories in the newspaper. It’s a unique sound in a certain way and that makes it worth to check this album. Hopefully the next album has some more fast, breaking, melodic parts and surprises in it. Then we have a winner!