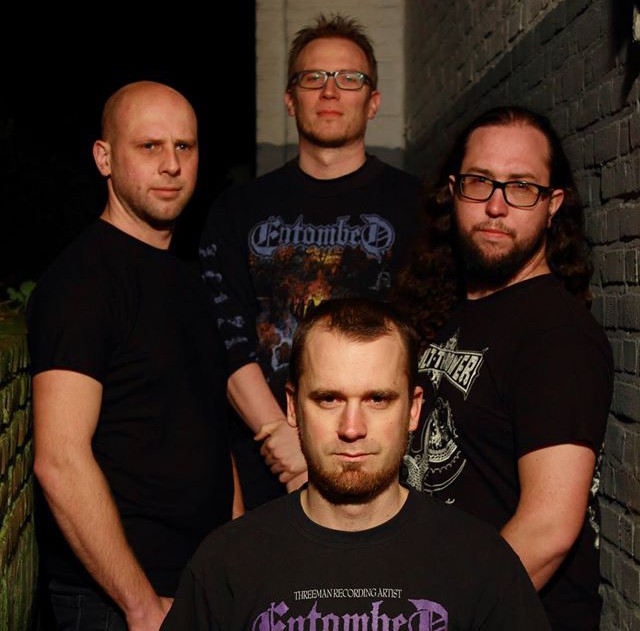 The Dutch death/thrash metal band Panoptikon released an official video for the song ‘Corrupted Flesh’. It’s taken from their in January 2016 released debut album ‘Sunken City’. The band from Nijmegen was established in 2006 and after various singles and EP’s they finally released their first album. The video of ‘Corrupted Flesh’ is about the way we “program” people to function in certain social environments. Especially in business, where the majority of people act like empty shells in a suit.