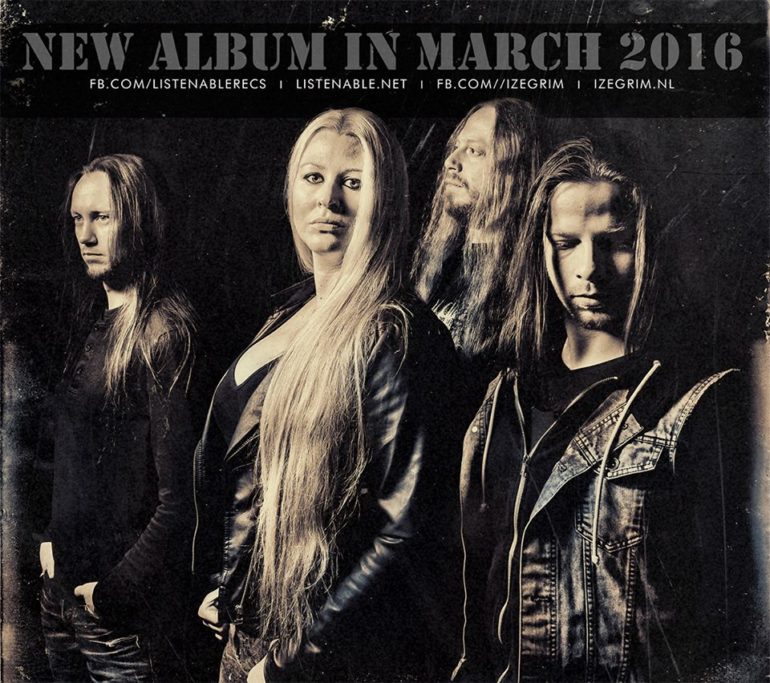 The Dutch female fronted death metal band Izegrim will release their new album ‘The Ferryman’s End’ on March 25, 2016. To give us a preview of this new album, they shared the song ‘White Walls’ with the world. This new album will be the follow-up to 2013’s very successful ‘Congress of the Insane’, which drew a positively roaring press response as major magazines worldwide like Rock Tribune illustrated “Songs that Slayer would have wished to write!”.