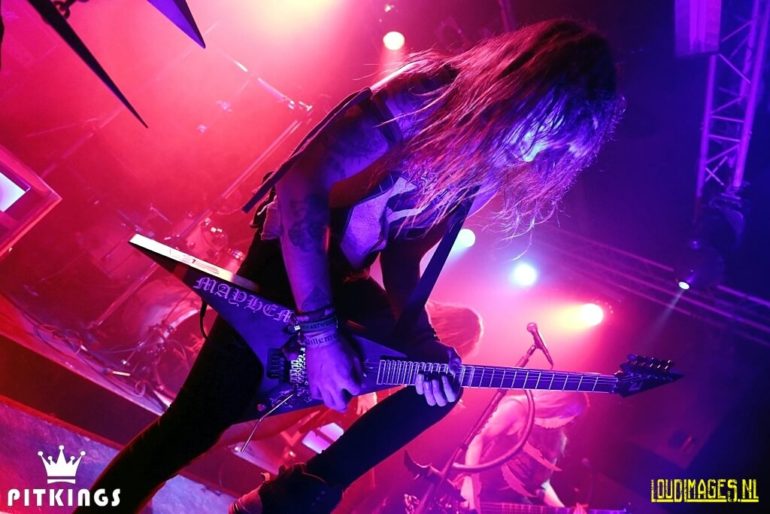 November 8, 2018 | Willemeen, Arnhem – Still impressed by Entombed A.D. and Vader from yesterday, I drive the half hour from Apeldoorn to Arnhem. This time the Willemeen venue is the destination for a hefty night of thrash metal: Evil Invaders from Belgium and Distillator from The Netherlands. Two relatively new thrash bands from the low countries share a stage and I had to be there! I was looking forward to this evening for quite a while; one of the best Dutch thrash bands and the best new thrash band at the moment from Belgium. This was going to be a killer evening and no one was going to do a damn thing about it!

Distillator (NL)
In the upstairs venue of Willemeen I’m having a beer, as I thought there was plenty of time, when Distillator walks on the stage and start their set. I finish my beer quickly and walk through the crowd to the front. It is not that busy yet, but there is a fair amount of people. The stage is not very big and the stuff of Evil Invaders is not even on the stage yet! 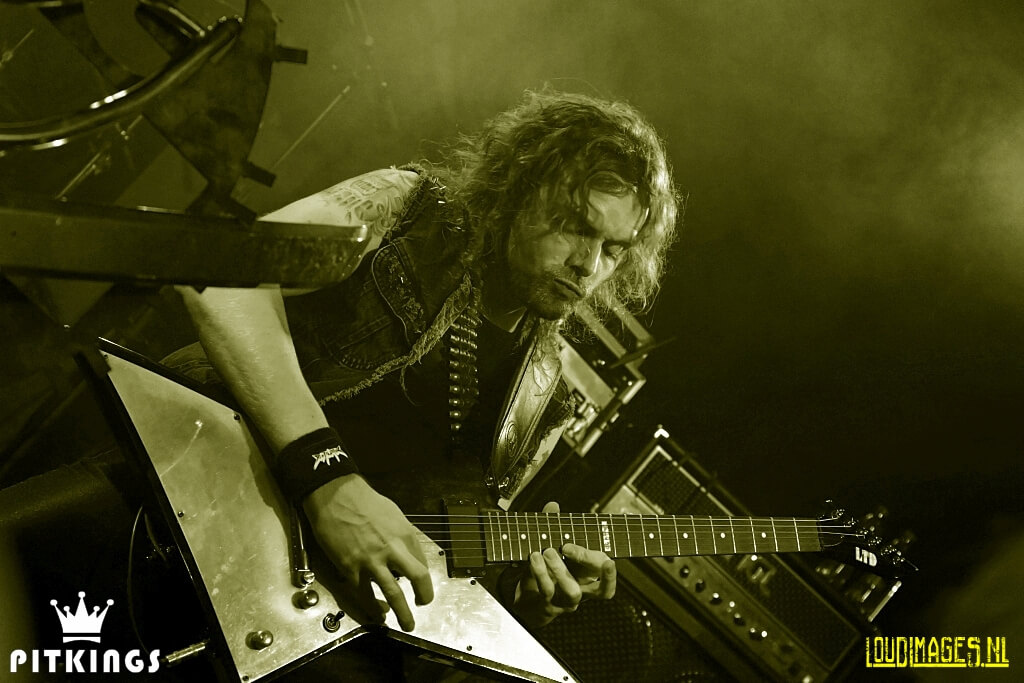 Distillator has the luck of being a band of three, so there is somewhat room for bass player Franck and guitar player and singer Laurens for their position changes, but they are not as often as before. Singer Laurens has a new microphone stand and it is kind of huge! A big shiny Autobot chrome kind of apparatus. As a photographer I’m not very fond of those stands, as they tend to get in the way a lot. 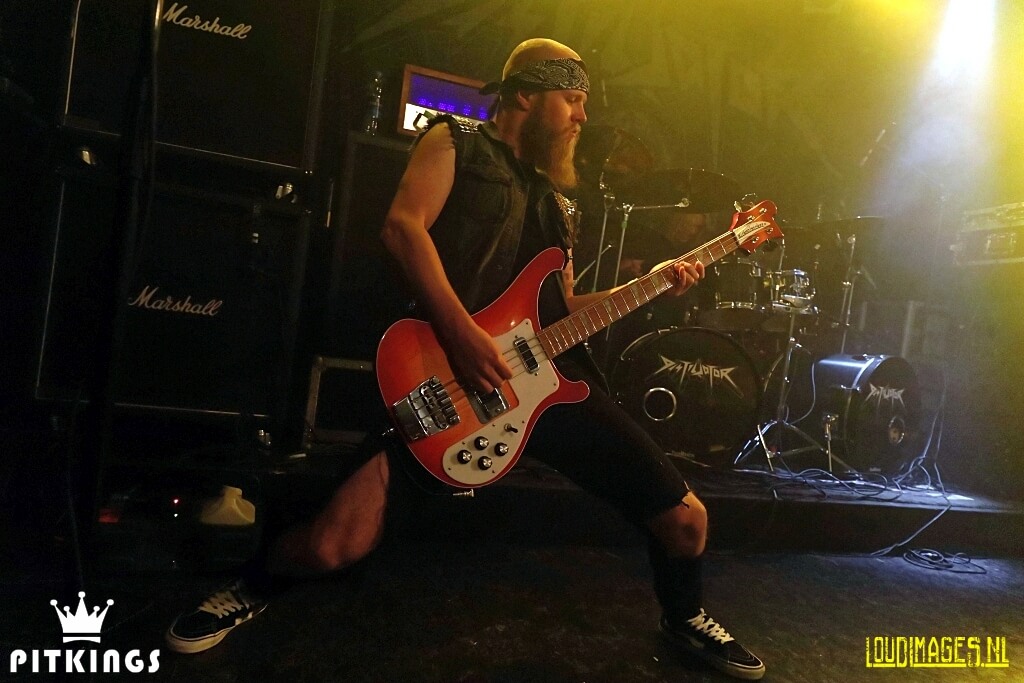 Maybe it is because of the small stage that it bothers less today and I got a few nice shots right in front of Laurens. The crowd is in for a party, but it is not going out of control. With thrash there is no need for much talking and Laurens is keeping it to a minimum. Let the thrash speak! And that is wat Distillator does best! The set is always too short, but superb and “Megalomania”, my favorite, is one of the last songs. Damn! If this is just warm up, I am in for a treat this evening! The venue is filling up quite nicely now as I enjoy the last part of the set of Distillator from the back. The sound of Distillator is original and it is fast and it’s furious and leaves quite a few gasping for air (and beer!) when Distillator ends their set. 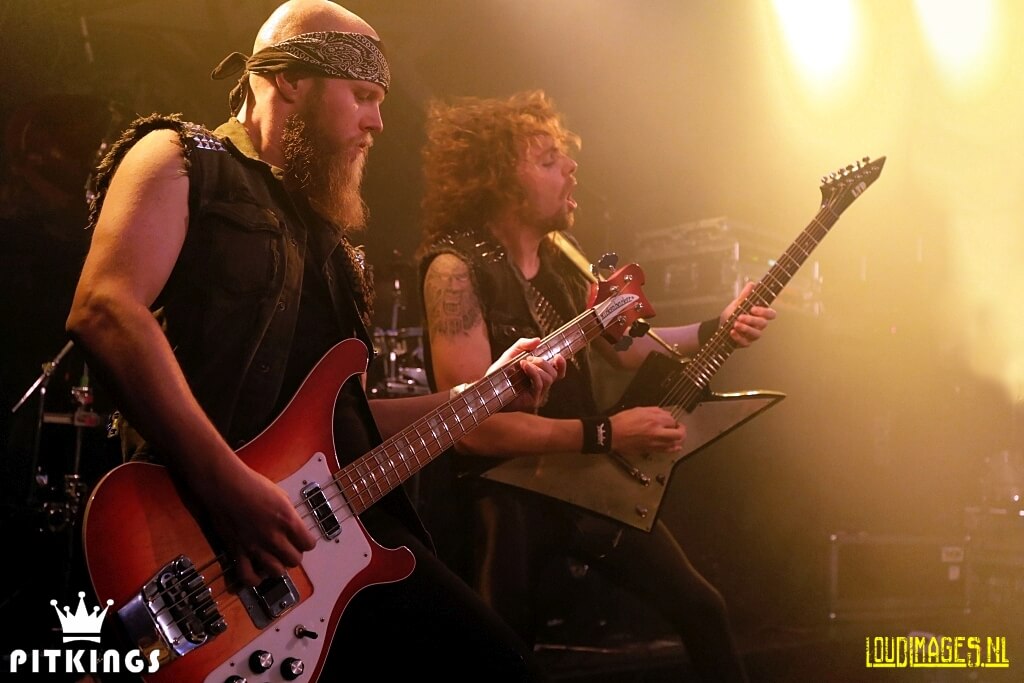 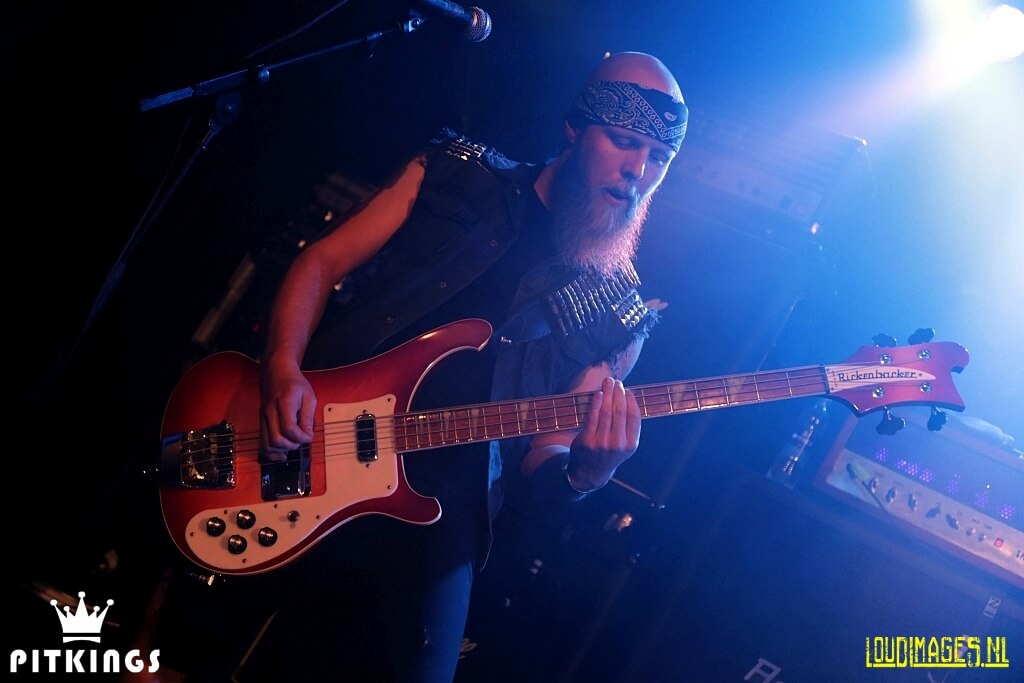 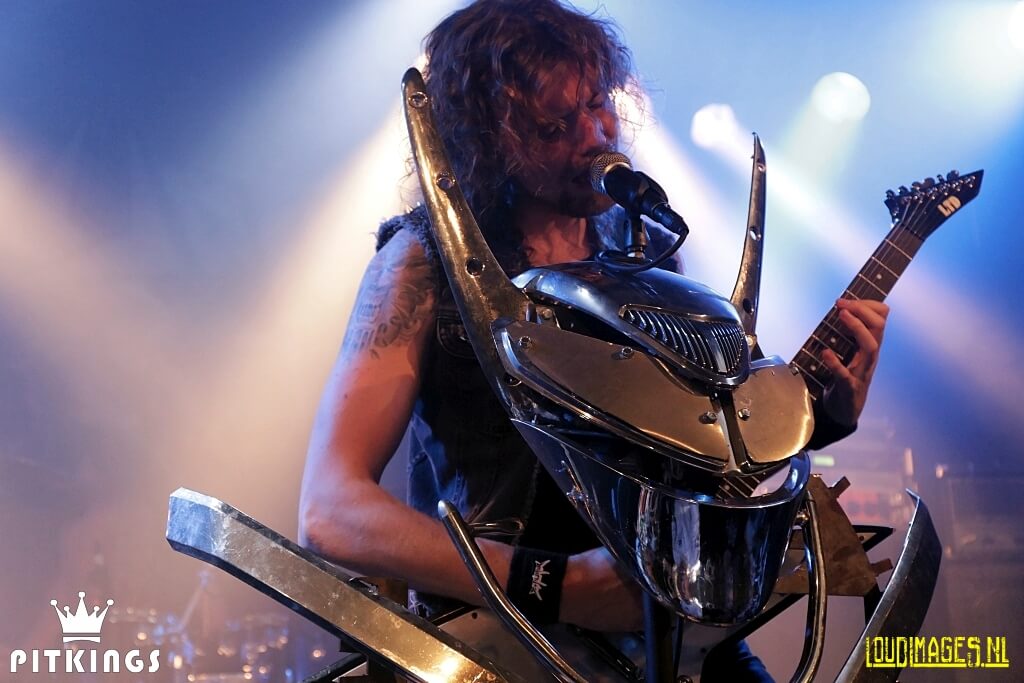 Evil Invaders (B)
There is a lot of people on the stage during the change over. Stagehands, band members of both bands, crew and they are all moving gear on the small stage. When the stage is cleared of all people there are a few moments of peace and quite before mayhem will be released upon us. 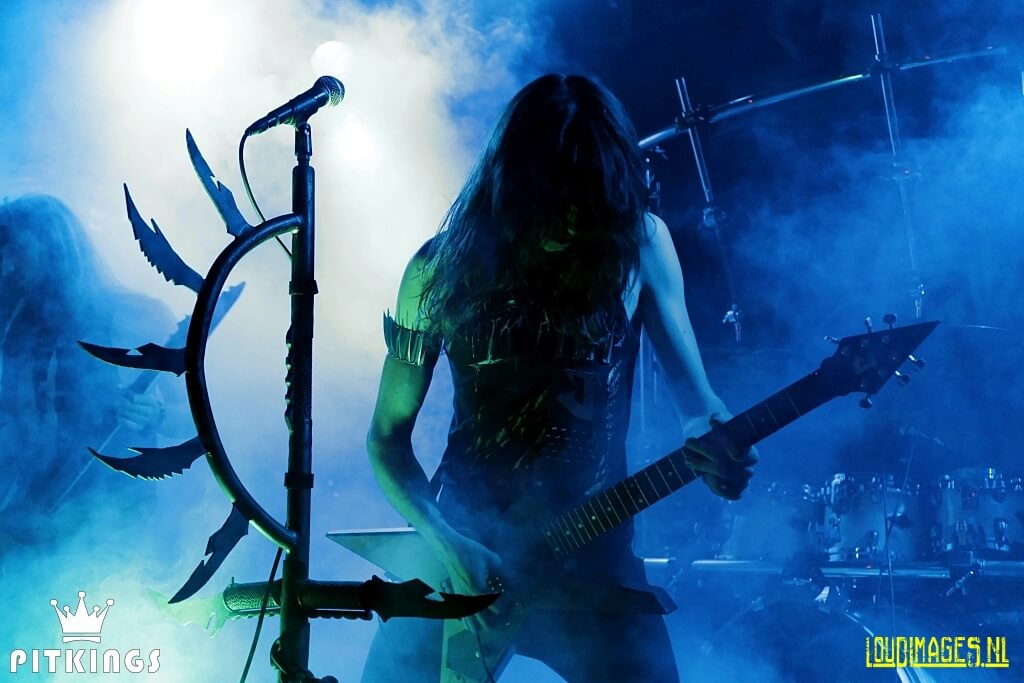 From the very first second the pedal goes to the metal; instantly! On the small stage singer Joe has to retain him self while running and jumping, which he does carefully, but stripping it of the violent way he normally does that. Oh well, it is still fucking Evil Invaders! Joe is pumped up as always. With demonic eyes and facial expressions he commands the crowd into a violent pit. This time he doesn’t want to see blood in the pit, but intestines… And again the tempo goes up and beyond the speed of sound and the people mosh, run and jump around. A guy in a wheelchair is protected from the pit by his mates and judging by is expression he is having a blast too! 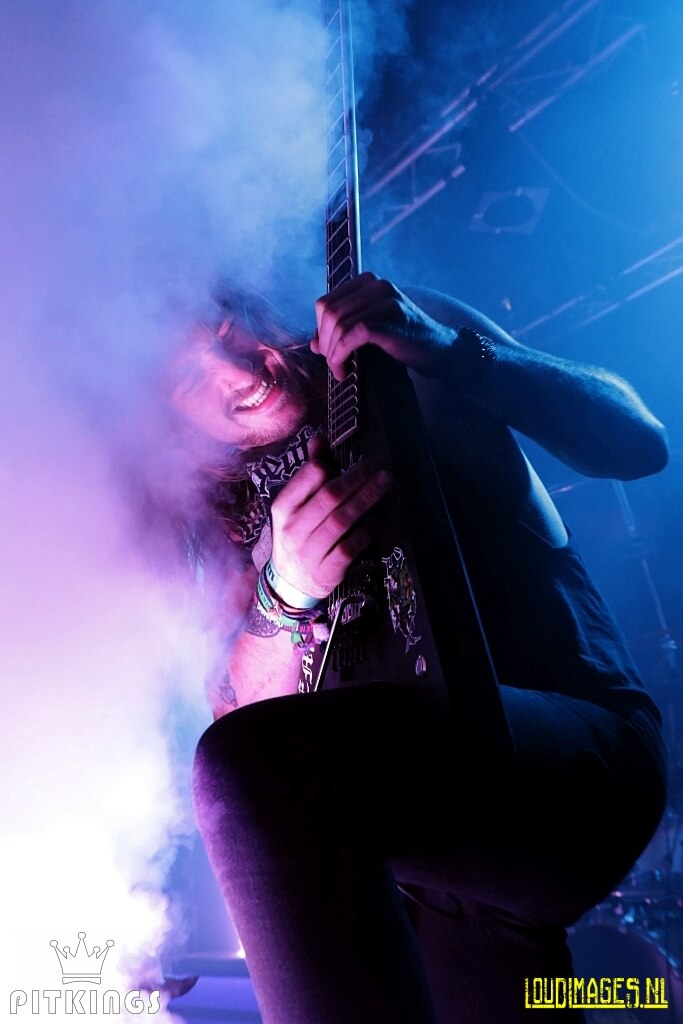 One of my favorites is “Raising Hell” and at this point the pedal goes beyond the metal! The song is fast by itself, but tonight it is even faster. Joe is spitting the lyrics and lead guitar player Max “Mayhem” is playing his instrument insanely fast! I have the opportunity to stand centimeters away from his hands and it is incredible. I move around the wild pit to change location, but center stage is out of reach so I move to the back to get a cold one and enjoy the remainder of the show. 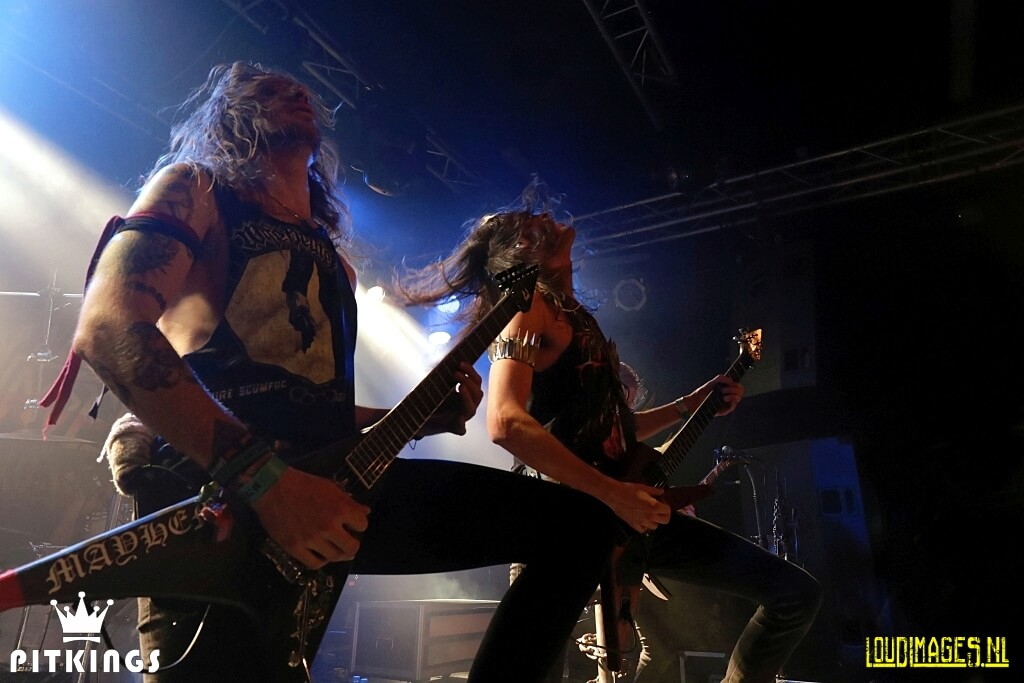 Now this is a night of metal I could enjoy a few times in a month! Distillator warming up for Evil Invaders is nothing short of awesome! The quality of the sound was not the greatest and quite poor at times and the light was not extremely creative too, but damn… all that is blown away by two fucking great bands! 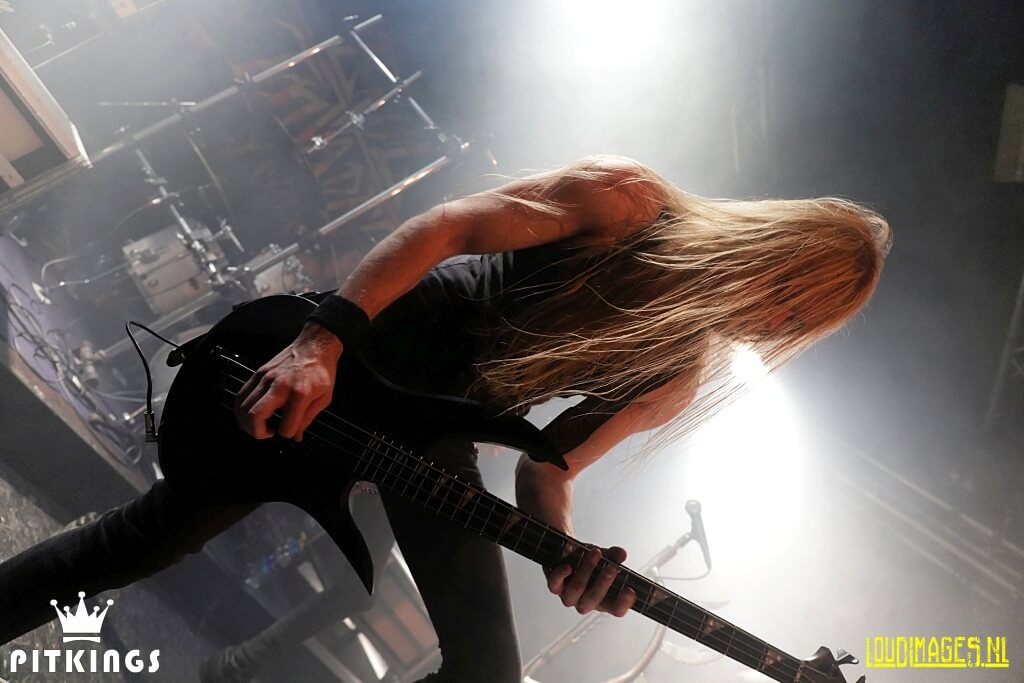 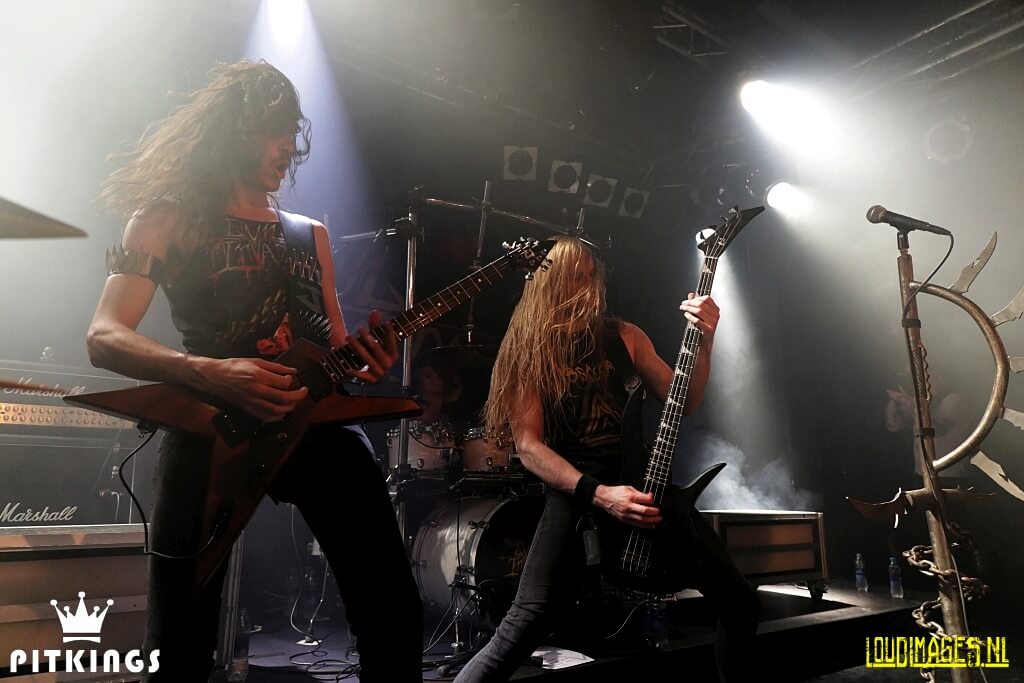 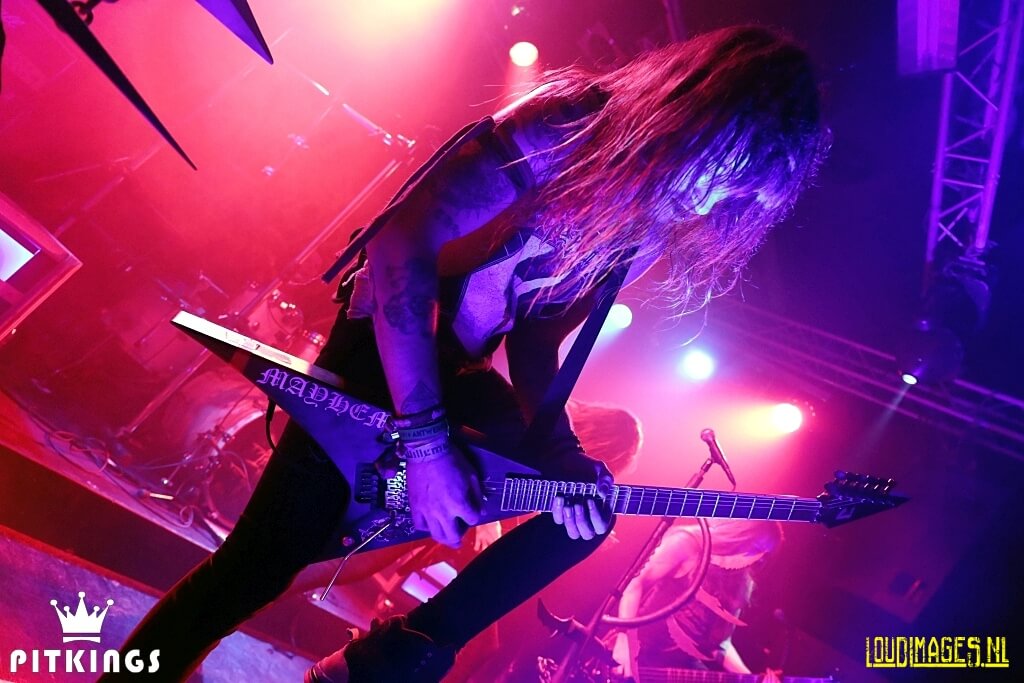