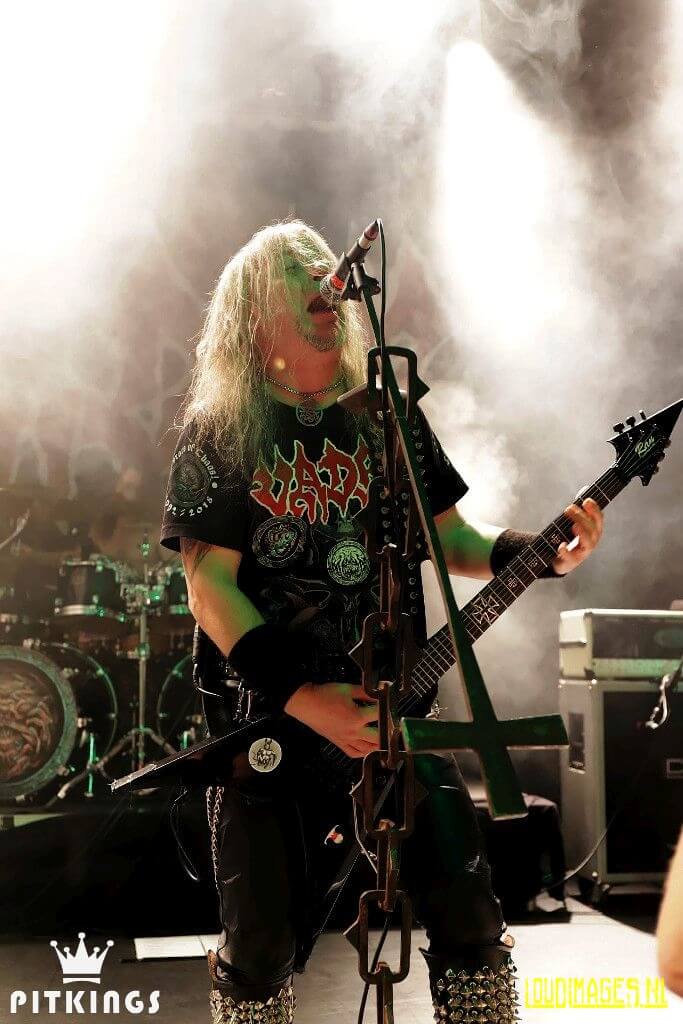 November 7, 2018 | Gigant, Apeldoorn – Again is Apeldoorn the epicenter of a pleasant night of metal. With giants like Vader and Entombed A.D., this night will surely leave a mark in the otherwise not so metal minded city. I expected a welcome committee of the religious parties of Apeldoorn, but I guess they weren’t allowed outside after dark.

Inferum (NL)
These youngsters have the honor to kick this evening in gear. Without much ado, the band starts playing and in the venue, which is slowly filling, heads are ever so slightly start to bob. As being the first band, they do not get a whole lot of time, but Inferum does a great job. There is a lot of movement on the stage and musically it sounds pretty tight! Some songs have breaks in them, which I didn’t notice before. These breaks are sharp and fit in very well and gives some songs a metalcor-ish twist. If Inferum is acting like the welcoming committee of this evening, then they did a great job! 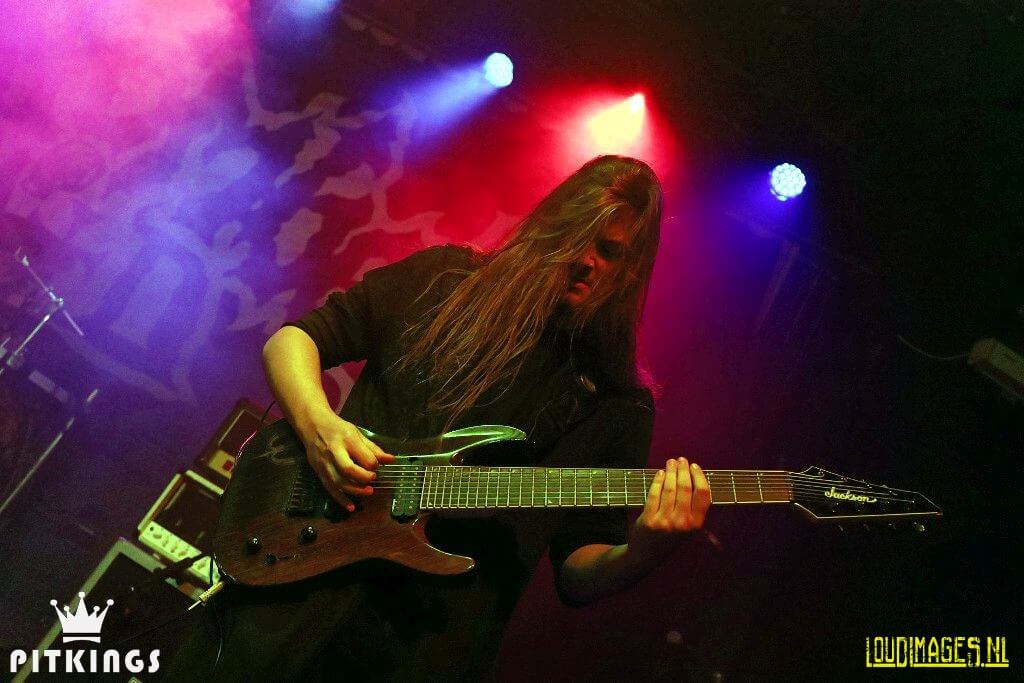 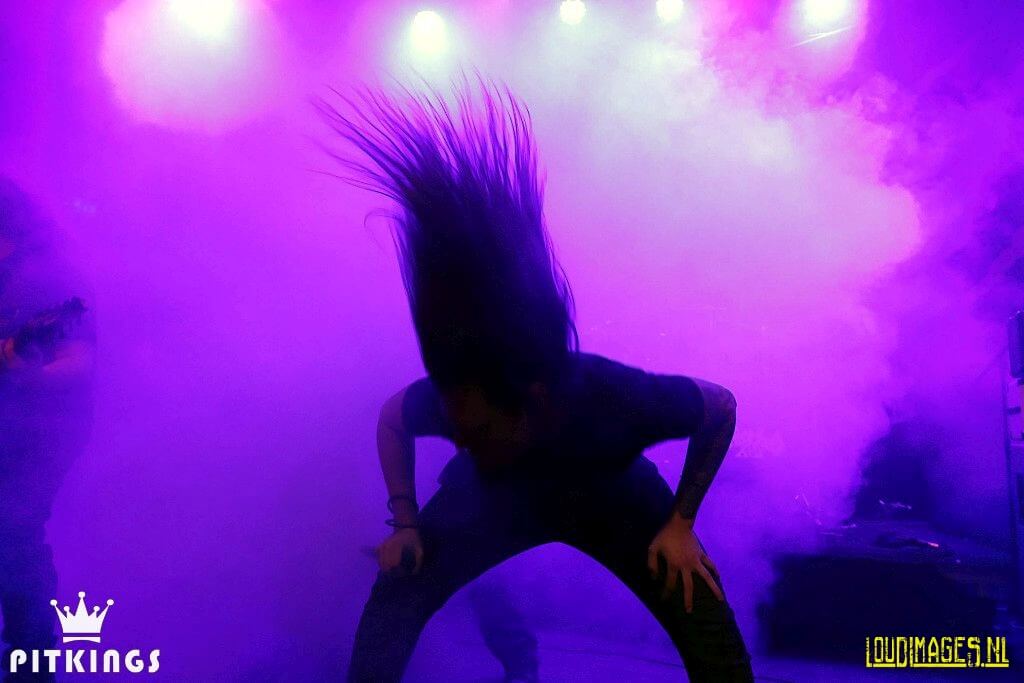 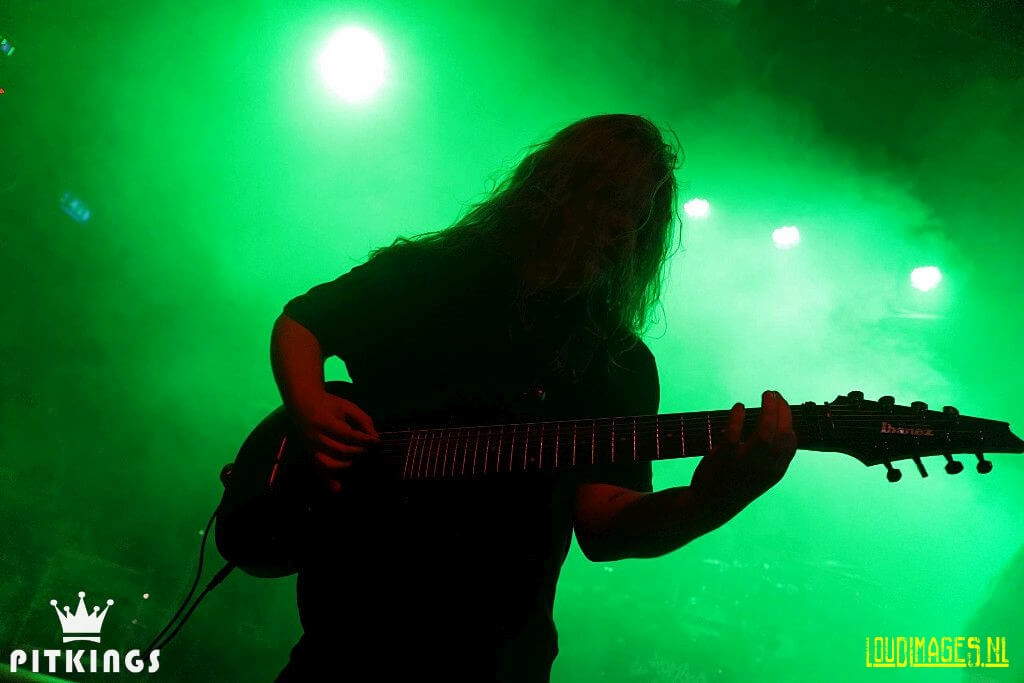 Hellavista (AT)
The changeover is swift and Hellavista doesn’t waste much time to get the party going. There is a lot of action on the stage and the music is straight up in your face metal. There isn’t a whole lot of variation but the atmosphere is superb and the solos are worth hearing and seeing and that is what counts in the end. These guys have a blast on stage and that is contagious. In the front there are some wild scenes, which is encouraged by the singer of Hellavista. People are still pouring in and half way the set it is getting busy. A lot of heads are bobbing and fists are raised in the air. Great warm up for the necks! 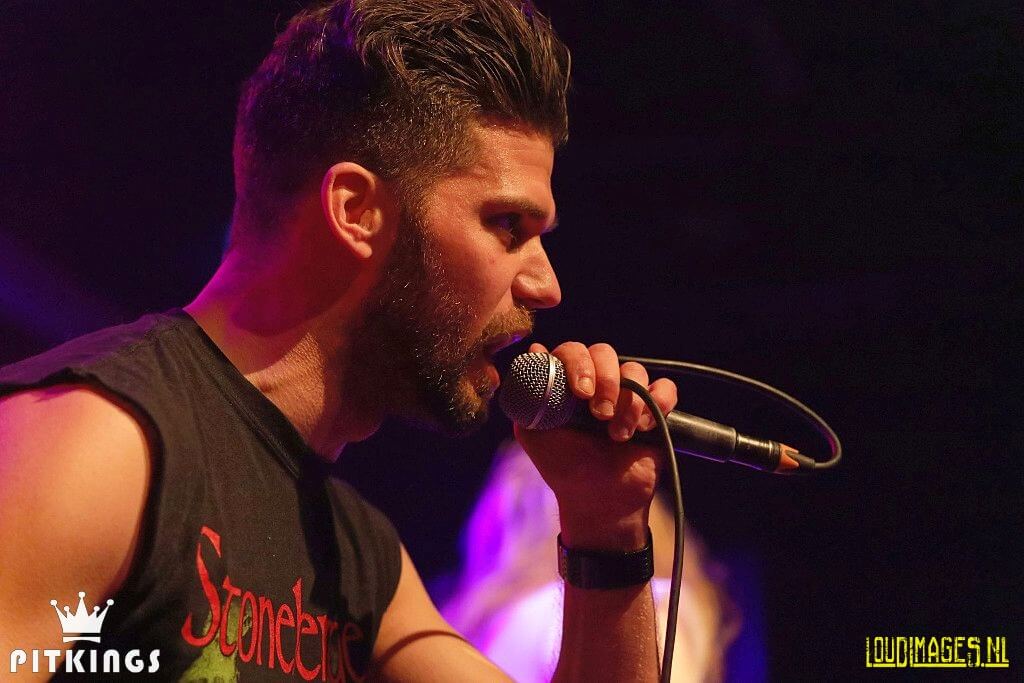 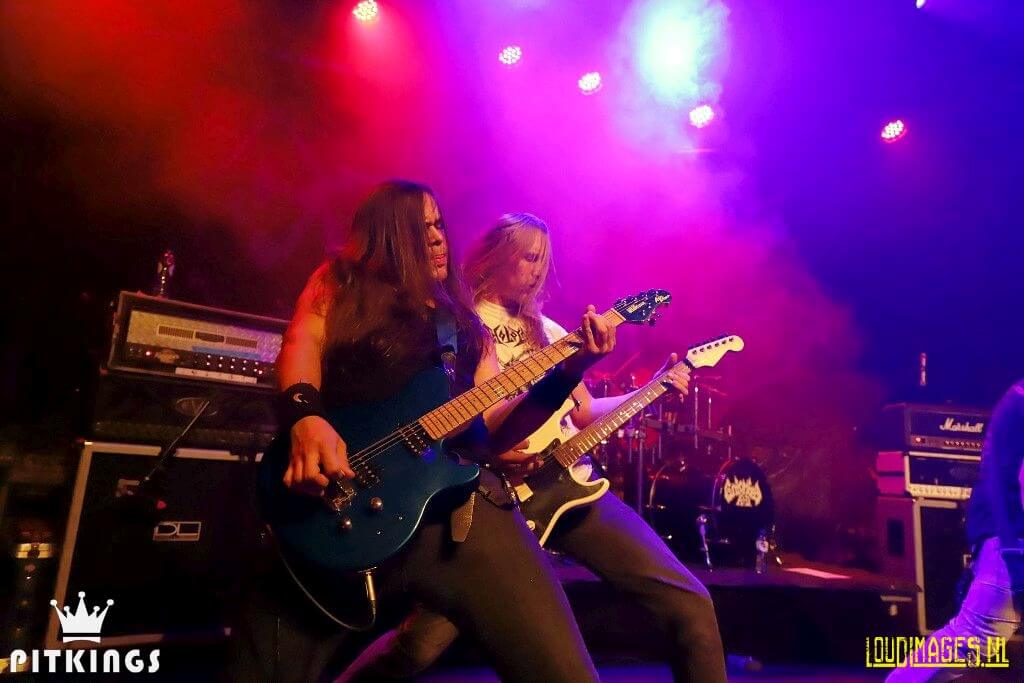 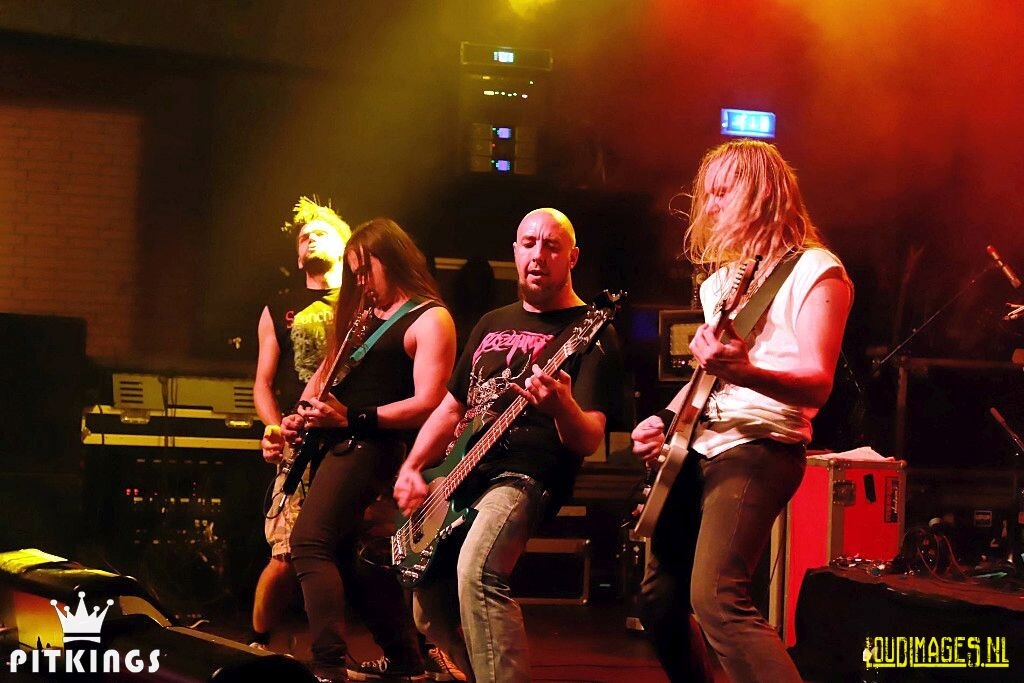 Entombed A.D. (SWE)
The venue is not filled to the brim, but in front of the stage it is busy without being pressed together. A band like Entombed A.D. on a smaller stage is a treat for everyone present. The band comes out in a quite cheerful mood and the first note is loud and sets the tone for the rest of the set. Singer Lars Göran Petrov is having a blast with his polystyrene cup with hard liquor in one hand and the mic in the other. When he has to sing with a lot of effort, he hands the cup to the audience and gestures them to take a sip, but no one dares! The band is awesome and the there is a lot of interaction with the crowd. Lars gets handed beer quite a few times when he emptied his cup, which he accepts takes a gulp and hands the beer back. It is almost as it is some sort of sacred ritual. The band is doing a job and a half! The sound is incredible and the atmosphere on and off stage is nothing short of awesome. Lars is taking his time in between songs to joke around and to me “Fit For a King” is the pinnacle of the evening. Much to soon the set is over and Lars thanks everyone who gave him beer and high fives everyone in the front row. This is what I love about bigger bands in smaller venues; the contact with the band is immense fun! 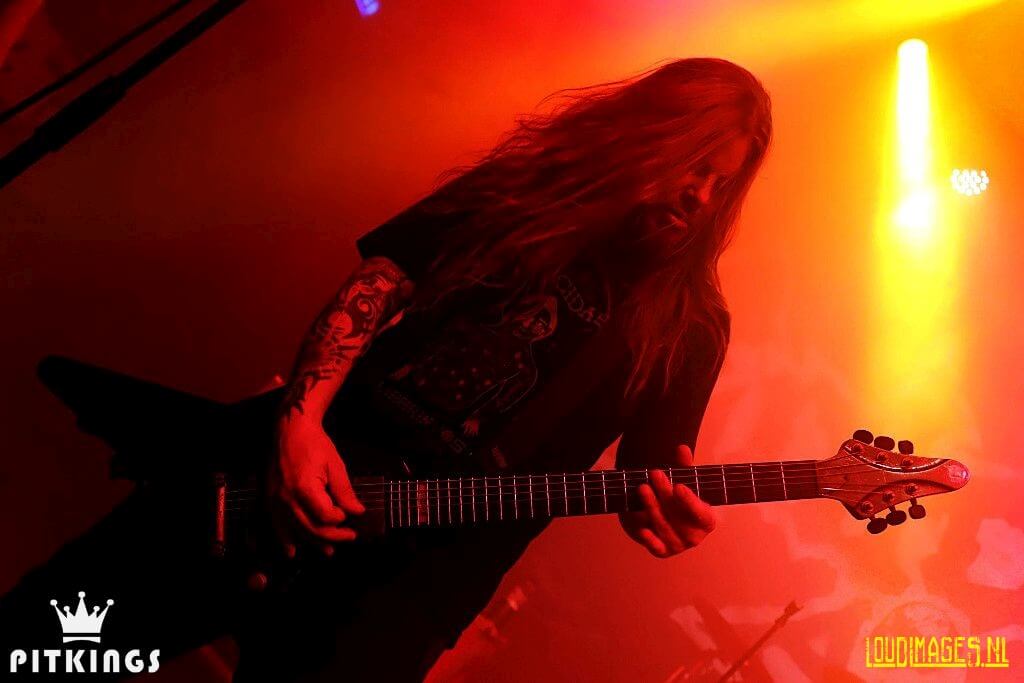 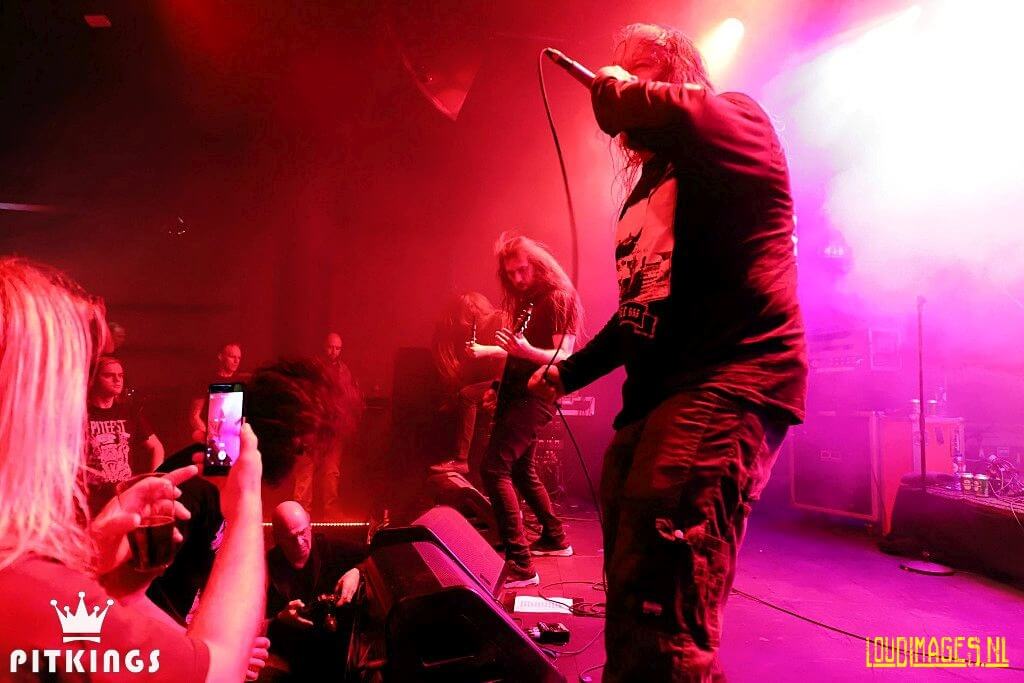 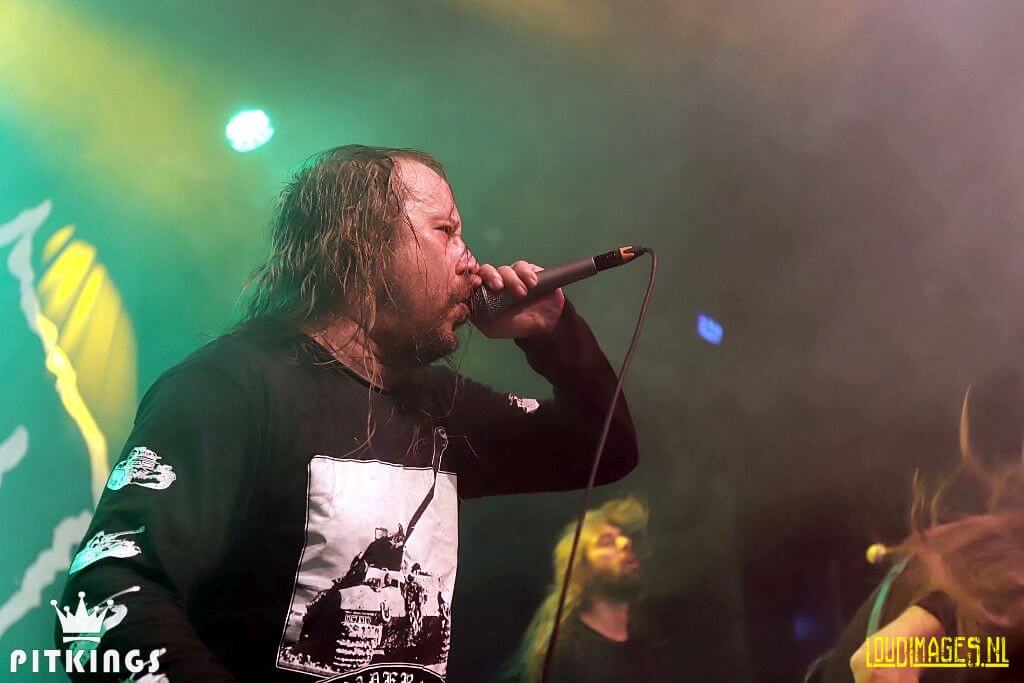 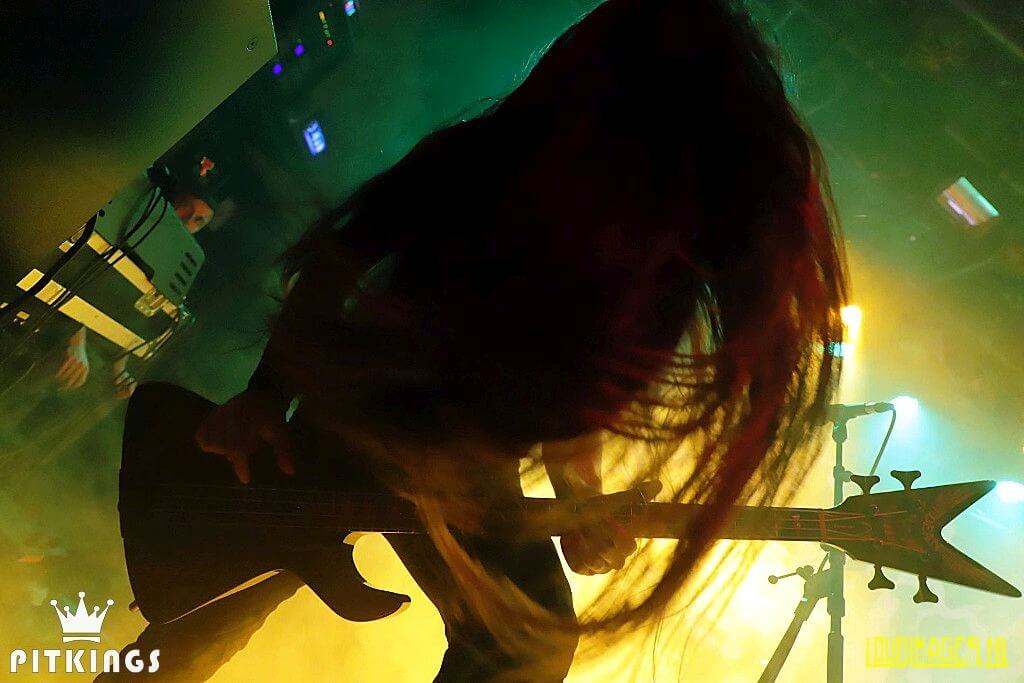 Vader (PL)
Apeldoorn has a reasonable amount of Poles living and working here and with Vader on the stage, there is a small contingent present. The whole evening the lights were sparsely, but with Vader they were turned down even further with red and blue being the dominant colours. Bands like Vader never seems to have a bad night and this night is great! Entombed AD is hard to match in fun and interaction, but Vader is strict and seriously straight in your face. The music is fast and loud and the first rows are banging their heads frantically and nobody in the venue is standing still or is at least moving a feet or his/her head. Vader is here since almost the beginning of metal and Singer Piotr takes us with them on a trip down memory lane of Vader’s musical history. The drummer has the best sound of the day, goddamn you almost feel every hit in your lungs! Older and newer songs are played, but I am not that familiar with the songs of Vader. It is although a very balanced set with lots of variation. 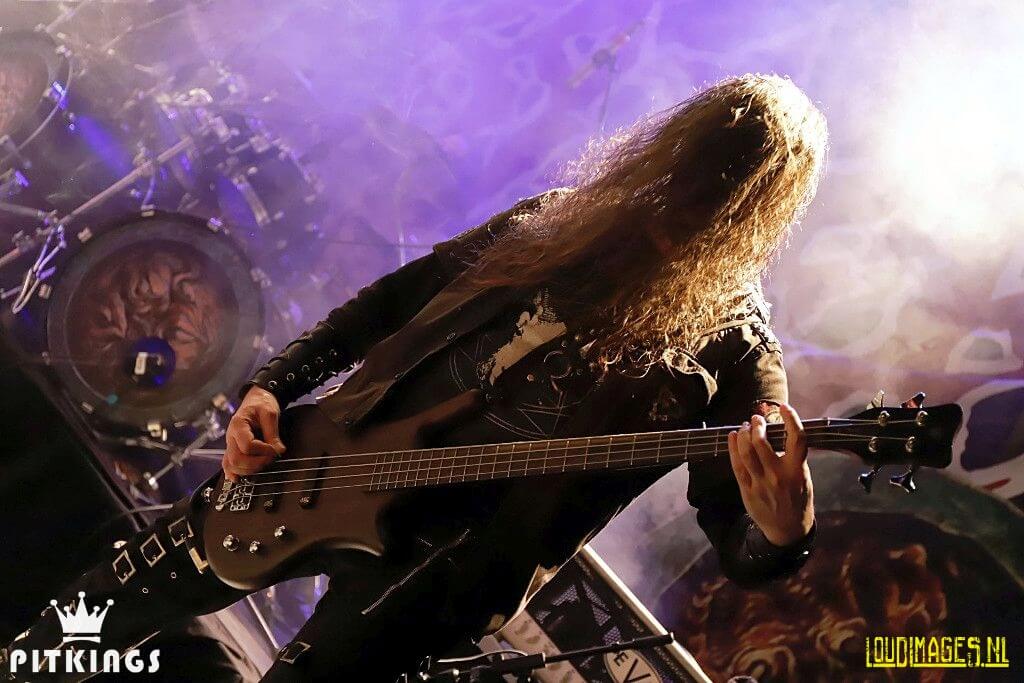 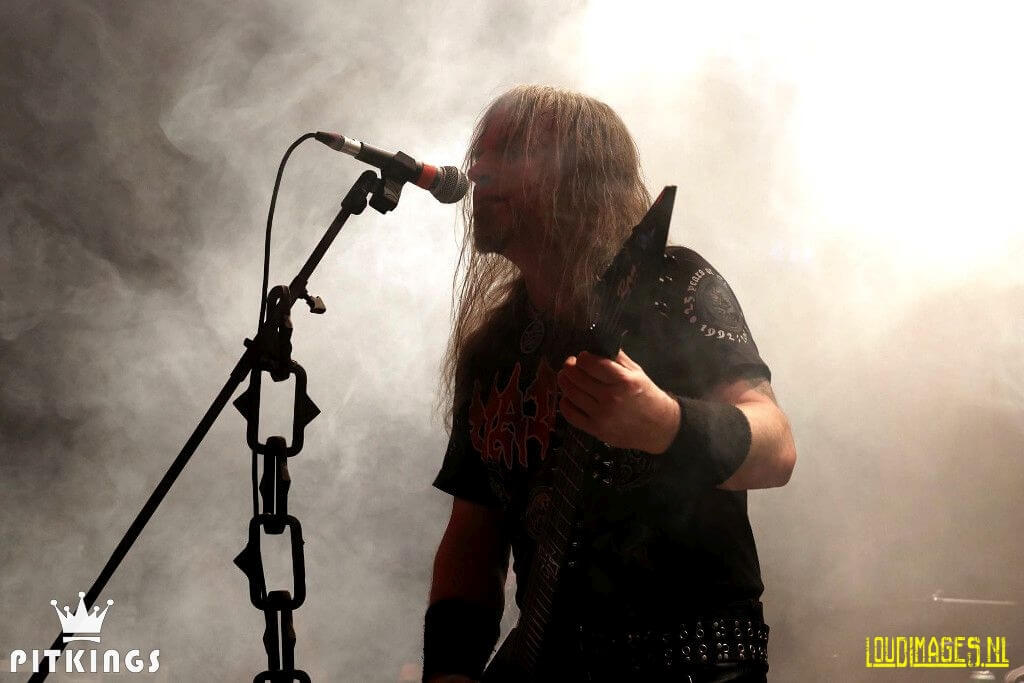 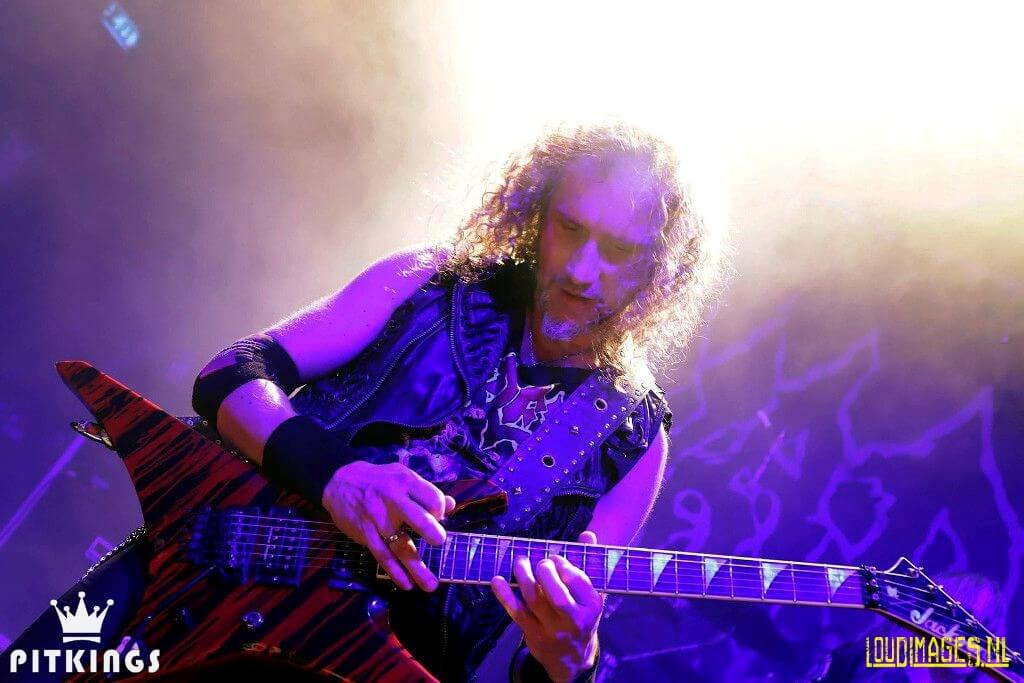 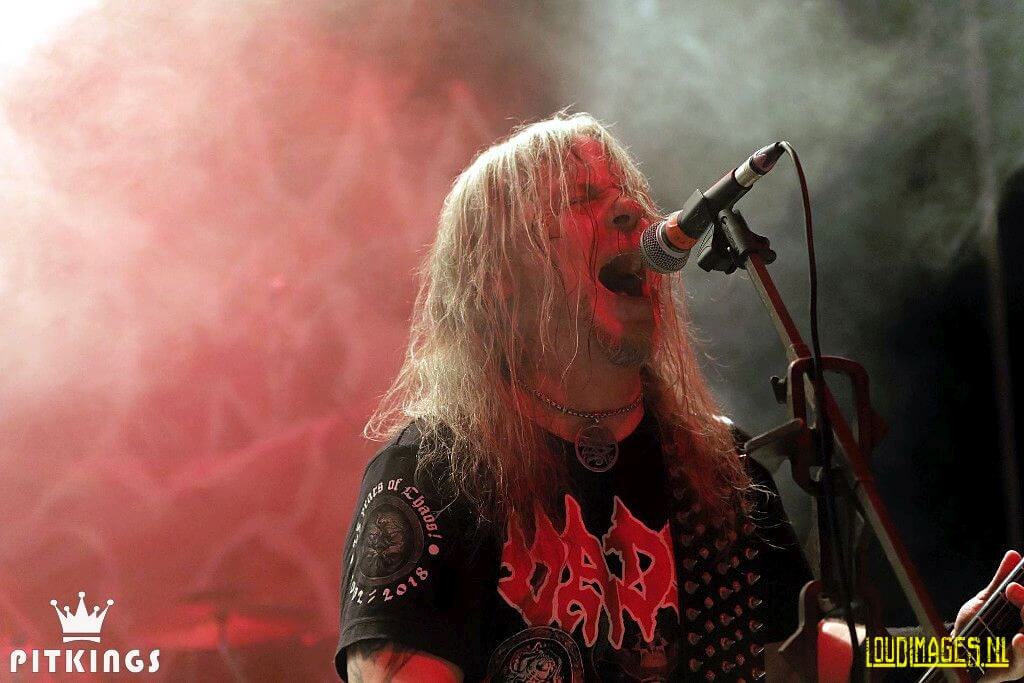 Near the end I pack my stuff and go to the bar in the back to grab a beer and have a look around. It’s great to see there is quite some turn out, but with bands like Entombed A.D. and Vader it had to be a success. Just before the encore, I walk out the venue and grab a bite to eat and walk into Lars of Entombed A.D. He’s ordering some food and I have a conversation with him. He enjoyed the show as much as I did and he thanks me for coming to see them play. What a nice bloke! This was a killer evening in my sleepy town of Apeldoorn. I could get used to more of these nights!