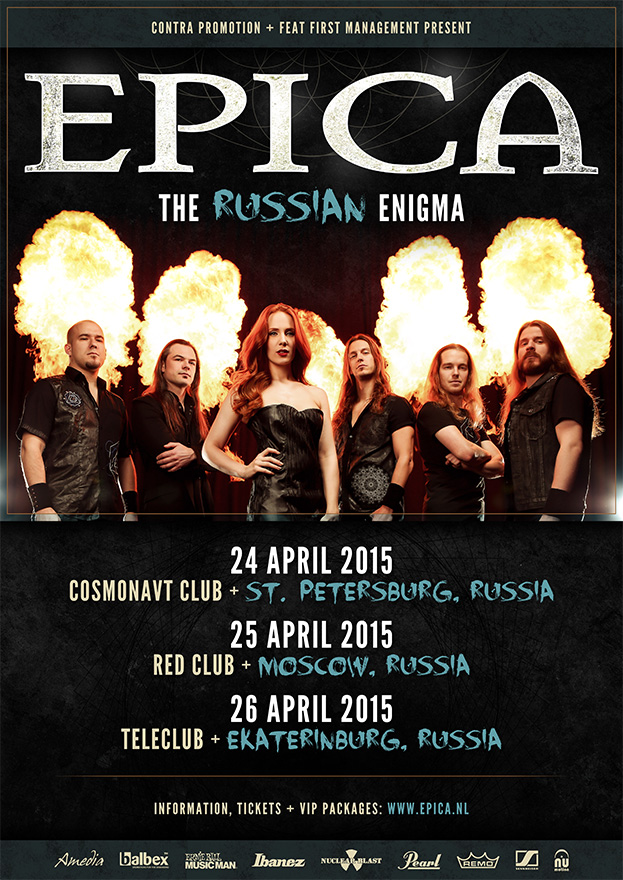 It seems that the successful gothic metal band Epica is touring constantly! In August they are headlining Cityrock 2015, in September the are doing a North America/Canada tour and in October/November an European tour… In April 2015 the played several shows in Russia and they made a nice live video from the song ‘The Obsessive Devotion’ at Yekaterinburg, Russia.