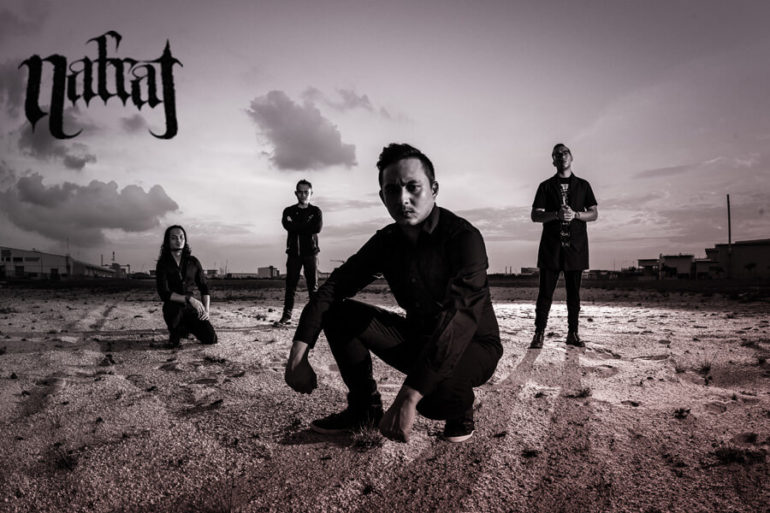 Nafrat is a death metal band hailing from Singapore and released their brand new album “Abnegation” in January 2018. The band’s name means “Hate” in Hindi and embodies the various aspects of the human psyche. They were formed in 2003 and are influenced by the likes of Morbid Angel, Suffocation and Immolation.

Nafrat recorded their demo “Chaos Unleashed” in 2005, which was followed by their first EP “Invoking The Masses” released the same year. This further enhanced their dominance in the South East Asia. Their debut studio album “Through Imminent Visions” was released in 2007 via Vrykoblast Productions. The band capitalized on the success of this album with performances in Malaysia, Indonesia, Hong Kong and Taiwan. They have supported Cannibal Corpse, Obscura and Misery Index amongst others. Following some line-up changes, January 2018 saw the release of their second studio album “Abnegation” and the lyric video for “Formulate 624”.

Guitarist Han Shah stepped in for vocals having written most of the lyrics with bassist Firdaus Kadir. Guitars are performed by Iskandar Zul with Asmat Tarmimi on drums. “Abnegation” features 9 death metal tracks with complex sound landscapes and deep lyrical concepts that evoke a darker atmosphere compared to their previous releases.