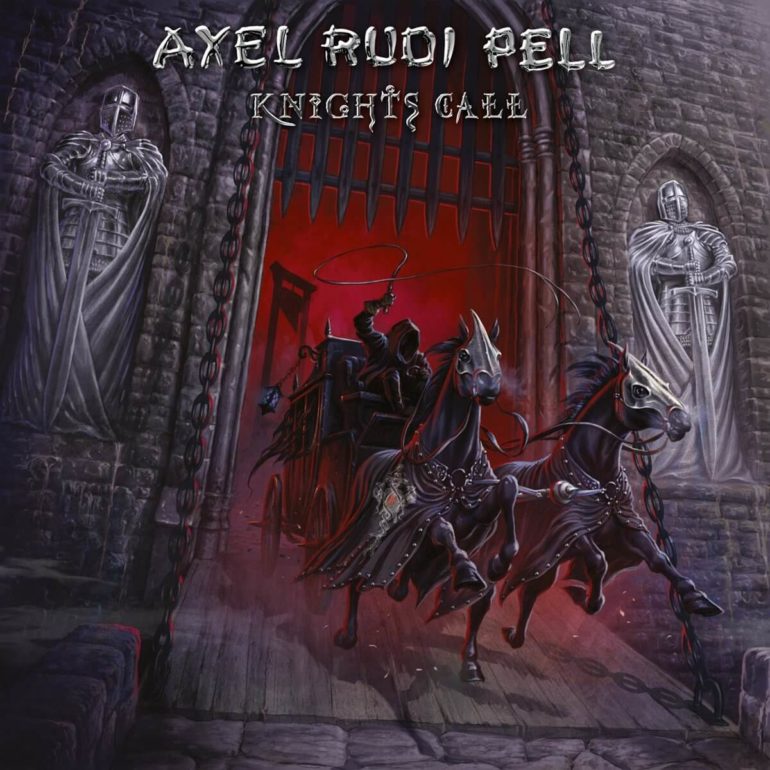 The German heavy metal guitar player Axel Rudi Pell is around since 1984. He started off with the band Steeler (1984–88) before leaving, to start his solo career in 1989. During this time, he has played with many artists and recorded already sixteen studio albums. With ‘Knights Call’ album number seventeen is born and ready to be released on March 23, 2018.

Axel Rudi Pell has earned his stripes, because he’s been around for about 30 years now. So, you know what to expect from this brilliant guitar player. No surprises, but just solid heavy metal based on riffs and solos from his big inspirator Ritchie Blackmore. In general the album contains mid- and uptempo songs. As usual there’s a ballad on the album, and this time it’s called ‘Beyond The Light’. For me the best tracks are ‘Truth And Lies’, an instrumental song with a Michael Schenker-vibe and the last song ‘Tower Of Babylon’, a 10 minute epic song with an oriental feel. He saved the best for last! People who are familiar with the music of Axel Rudi Pell or just love pure heavy metal can buy this album without listening.