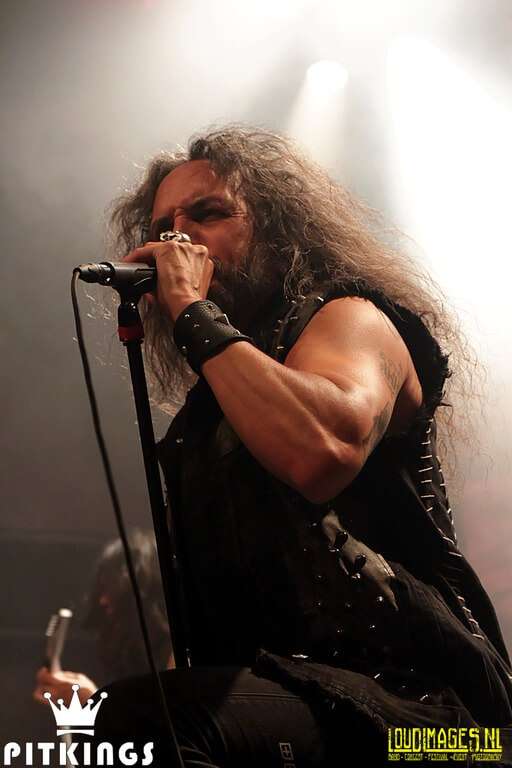 July 8, 2017 | Dynamo, Eindhoven – Tonight is going to be something special: Death Angel is going to play a club show in the famous venue of Dynamo and they are supported by Vicious Rumors and the two Dutch bands Razend and Disquiet. Especially Vicious Rumors has my attention. Former singer of Vicious Rumors, the Dutch guy Nick Holleman, recently quit with Vicious Rumors quite suddenly, without a comprehensive reason. Just last week was announced what this reason was: Nick is going to play the Artilleryman in the Dutch theater version of “The War of the Worlds”!

Walking from the car park to the venue, it was noticeable that the city centre of Eindhoven was coloured by the signature colour of metalheads: black. The nice weather brought out a lot of people to the outdoor café’s around the venue of Dynamo, so there was no line to get inside. I guess everybody waited ‘till the last moment to go in to the warm venue. I couldn’t blame them, but I wanted front row for the first band, so I went in.

Disquiet (NL)
Last year Disquiet released their album “The Condemnation”, which received a 9.3 out of 10 at Pitkings! So I was extremely curious if they could live up to that expectation live. My presumption of the audience seemed to be right. When Disquiet started, there were a handful of spectators, but by the end of the first song, more and more people filled the venue. The genre this band plays is a bit of a complex one. My colleague Anton at Pitkings said it probably the most accurate: “a perfect mixture of traditional heavy metal guitar solos, thrash/death/hardcore vocals, thrash metal riffs, slow doom parts, spherical black metal parts based on a death metal foundation”.

From the second song on, the majority of the crowd banged their head, or at least nodded to the beats. Disquiet lives up to the expectations. Catchy melodic metal and a singer with a raw voice and the ability to play with the crowd like a pro. On the small stage where the Death Angel stuff already stood, was enough action to inspire the audience to move. Although they only had 30 minutes, Disquiet convinces totally. Some in the crowd shouted for an encore, but with the tight schedule, this was not possible. Pitty! Great band, great set! 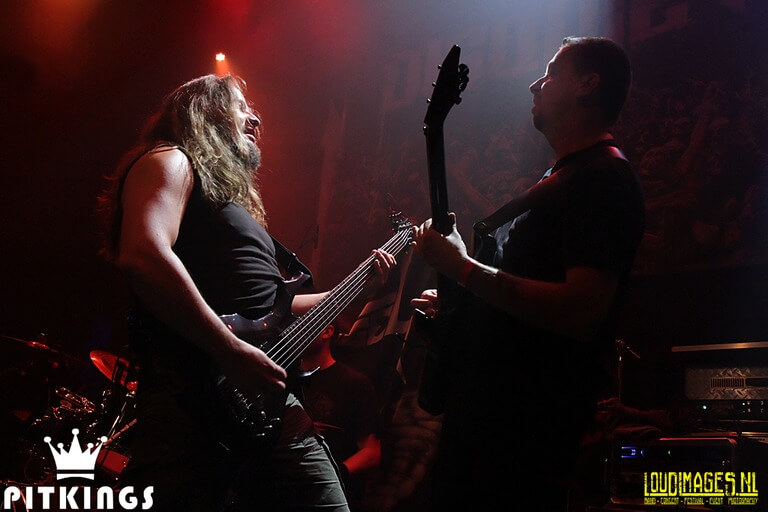 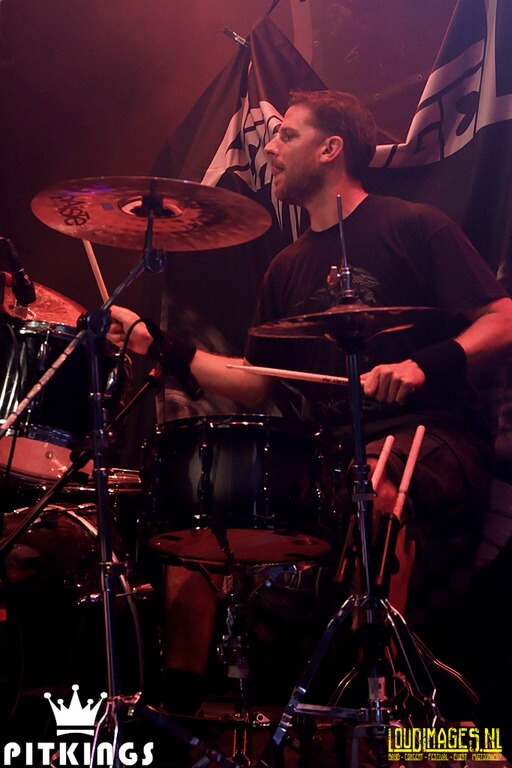 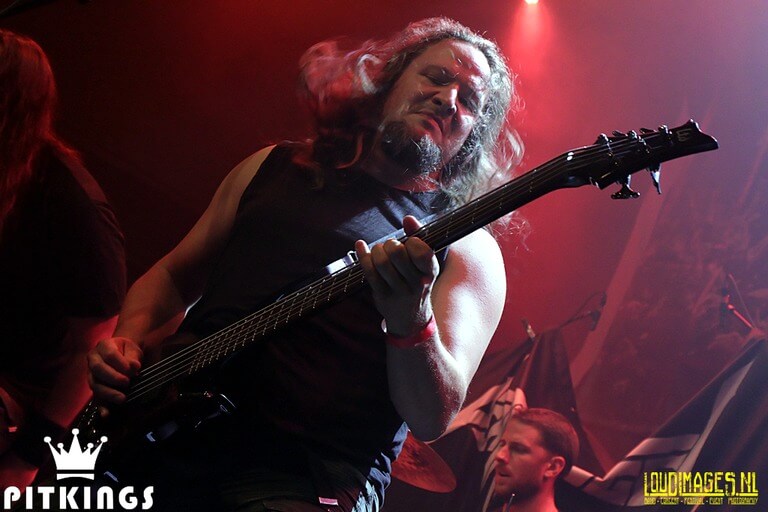 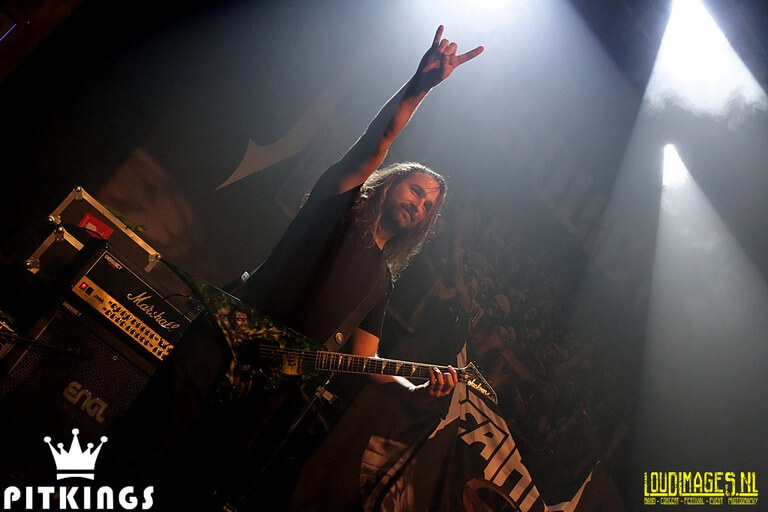 Razend (NL)
I was supposed to see this band on the “Hell of the North Festival” in June, but unfortunately this festival got cancelled. The members of Razend (Dutch for Furious) are not new to the metal scene. Singer Corinne van den Brand was one of the first female grunters in the world when she sang in Acrostichon. That was back in 1989! With their home base in Tilburg, The Netherlands, there is quite a following in the venue in Eindhoven who make a great atmosphere! Singer Corinne keeps amazing from the first note until the last one. When she is grunting, it sounds fierce and dark. The clean, lower parts she sings with a raspy voice which is totally awesome! During the slow songs, Jos and Arvid really excel on their guitars. Musically it is all put together very well. Beautiful harmonic melodies, with a relentless beat but also raw thrash which hits you strait in the face. This band should definitely be on more stages. Impressive! 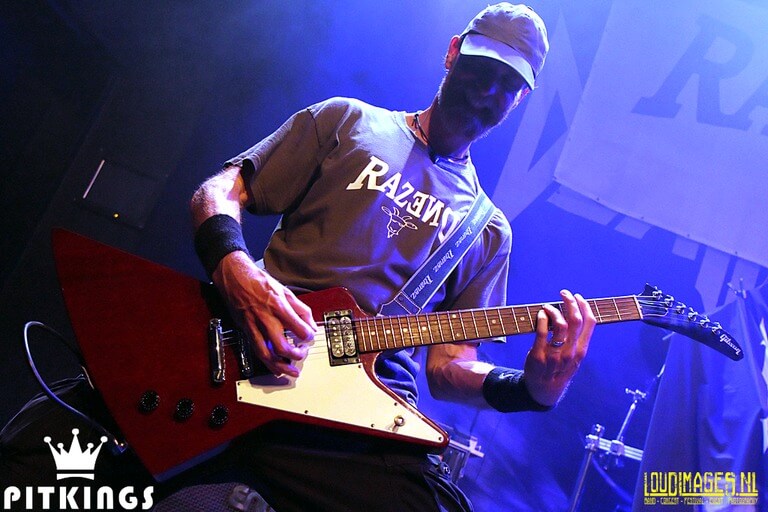 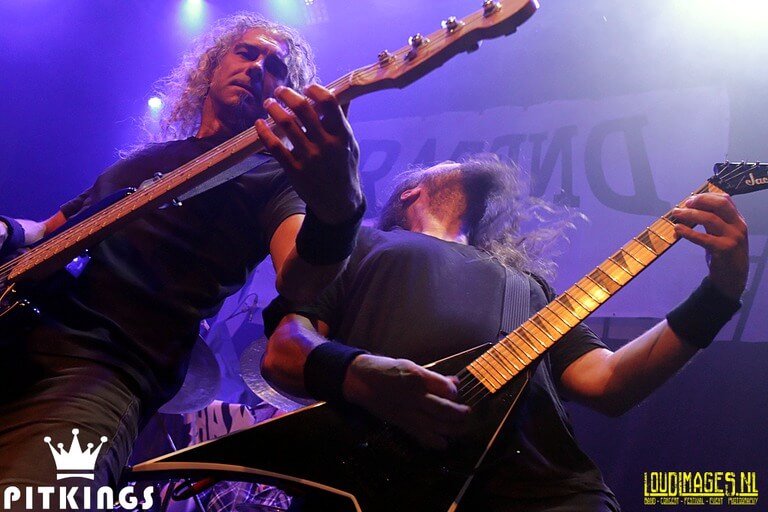 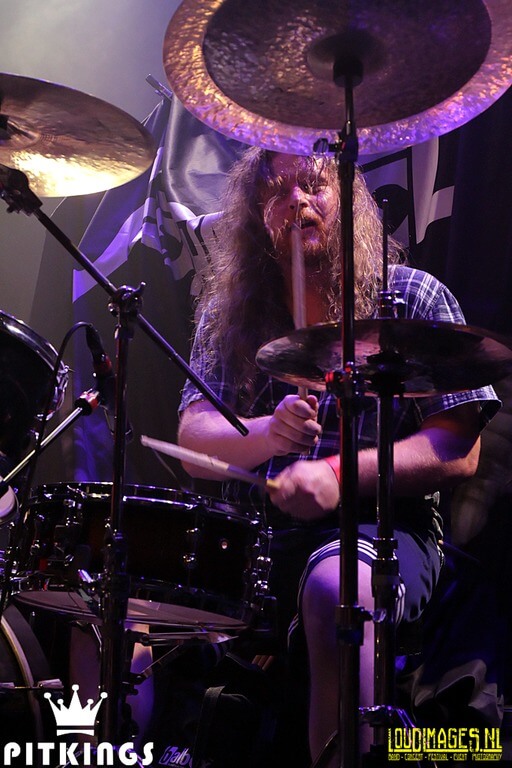 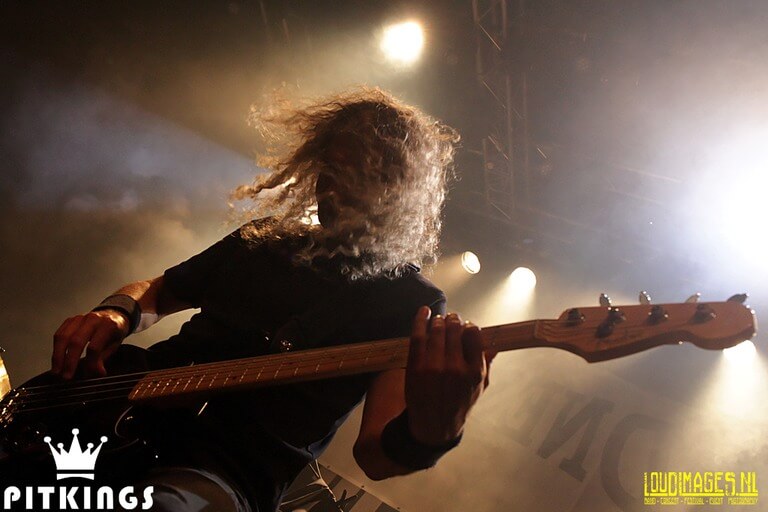 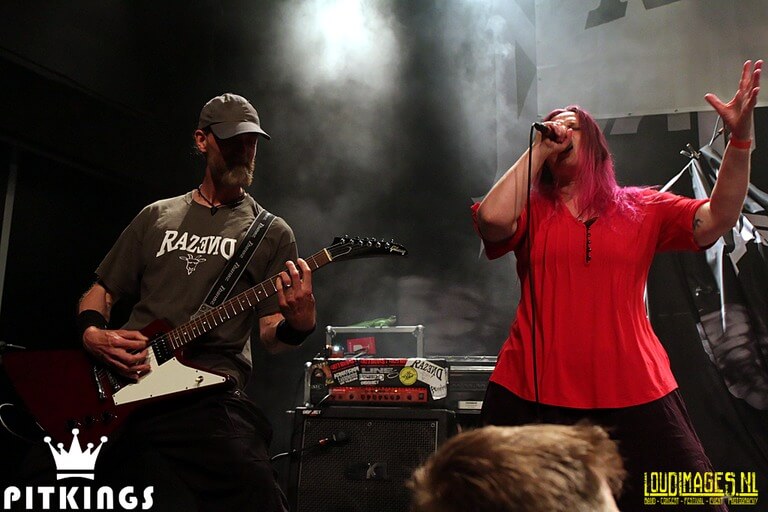 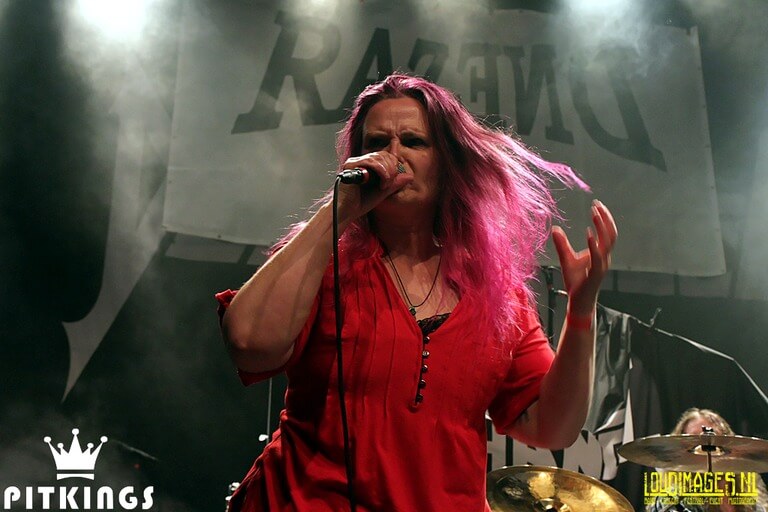 Vicious Rumors (USA)
This set of Vicious Rumors will be an interesting one, as this is the first performance in The Netherlands this year without Nick Holleman on vocals. Brian Allen rejoined the band after leaving in 2013 for family reasons. Before Vicious Rumors hit the stage there is some ado with the monitor of the drummer, but with a flight case and some hefty jerks on a cable the stage is ready to go. Vicious Rumors is one of the bands who proofs that taking in (relative) youngsters, doesn’t influence the sound of the band. The guitarist and the bassplayer are quite a bit younger, but play like just like the old dogs of the band. One of the first songs is “Digital Dicatator” and that sounds great! That whole album is by the way very popular in The Netherlands according to the number of peopling singing along with that song. The set is nicely balanced with old and newer songs in my opinion and of course these guys know how to lay down a professional show. 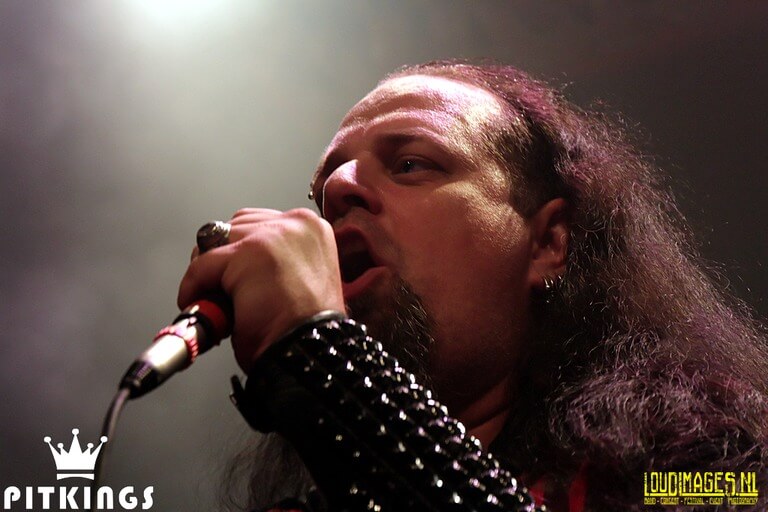 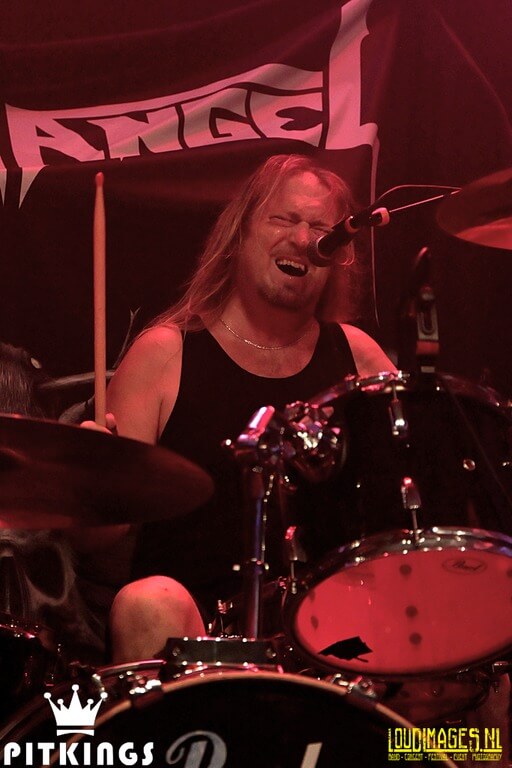 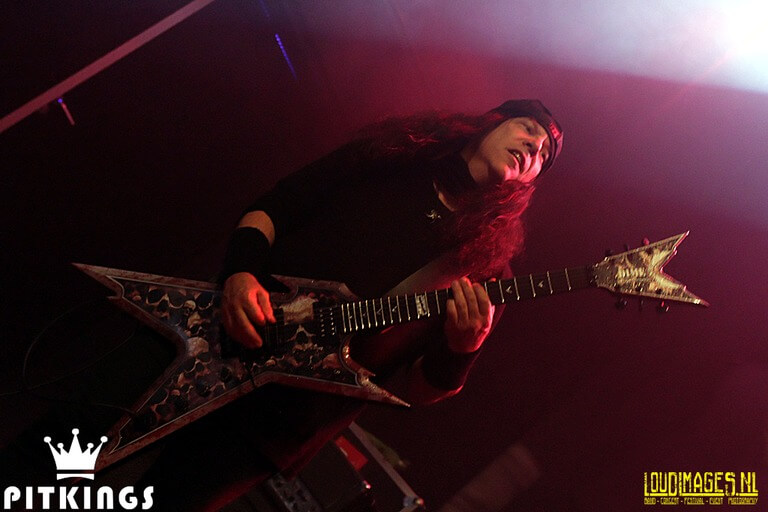 Death Angel (USA)
When the stage is cleared of the stuff of the previous bands, it is time for Death Angel. We have to wait a little before the show kicks in to gear, as there is some discussion on a pedal board. When that is out of the way, the lights go off and the band walks on to the stage. When the lights go on again, the “The Ultra Violence” blasts into the venue, which blends into “Evil Priest”. A mosh pit is formed, but it is very crowded in the small venue of Dynamo. There’s hardly any room for a large pit, so it diminishes in a short time. Nevertheless the whole venue is moving and heads are banging, even in the back and on the balcony.

Singer Mark is a bit nostalgic, because he shares memories from 1987 when the first performed in Dynamo and how well the Dutch crowd always treated Death Angel. The older songs are still very popular with the Dutch crowd, but the new album, “The Evil Devide”, gets a great reception too. 4 songs of this new album are played and live they sound even better! Mark and his friends are having a blast and are not willing to call it quits. He encourages the audience to drink a lot of caffeine, because they ain’t gonna stop. That caffeine might be a good idea, because at the speed these guys still play, the crowd might be run-down before the relentless playing Death Angel will end their set. 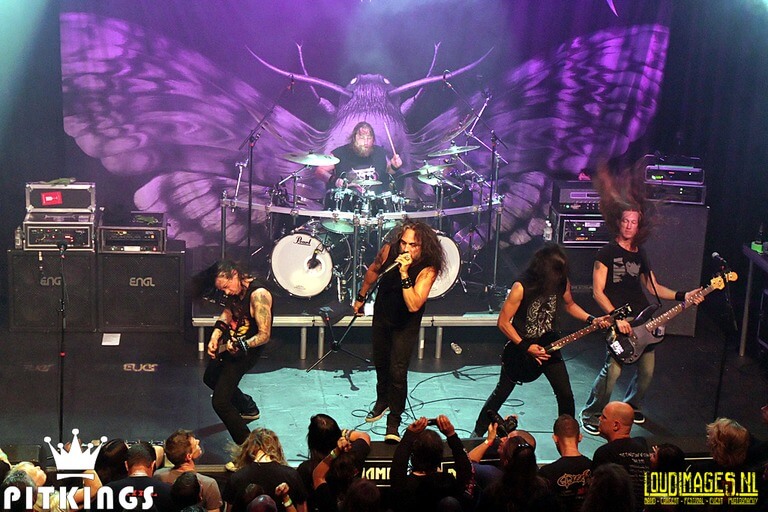 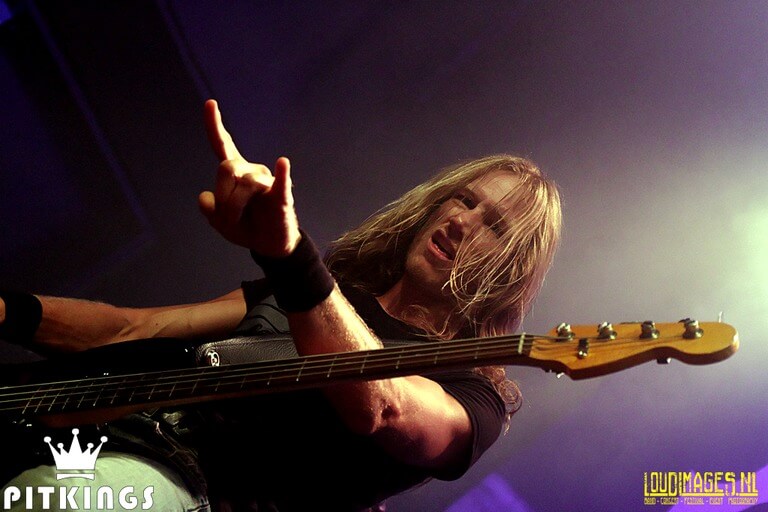 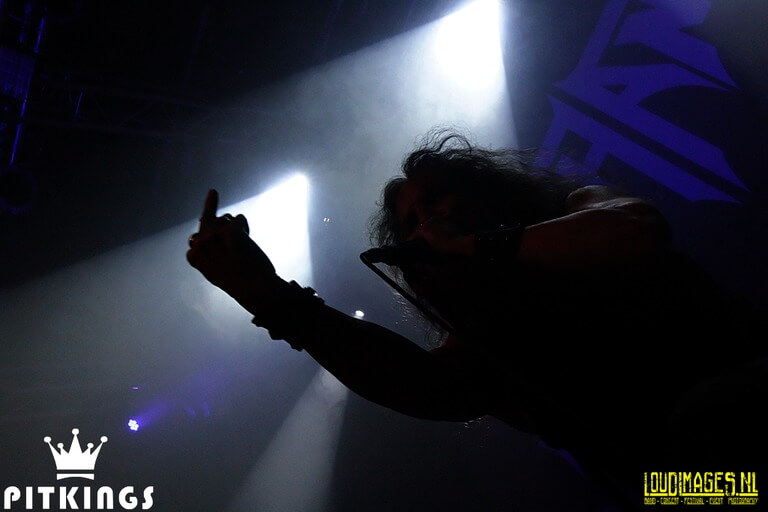 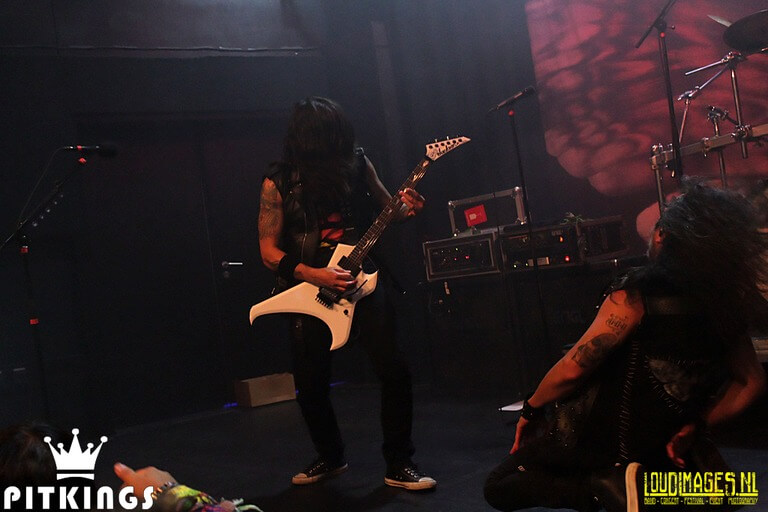 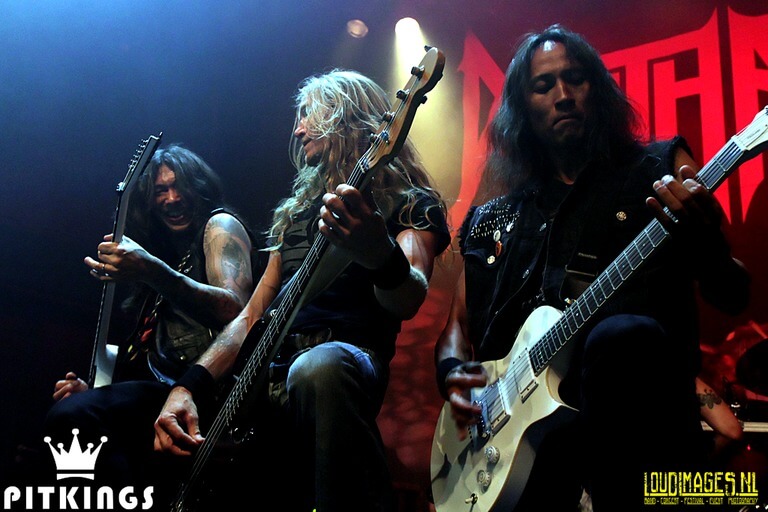 Conclusion
What a night was this in the venue of Dynamo! Disquiet was everything I expected and more and Razend just blew me away. Of course, Vicious Rumors and Death Angel were the big names which they have rightly build for themselves, but the big winner of this night was the audience. They got treated with 4 great shows with a bombshell of a final: Death Angel!