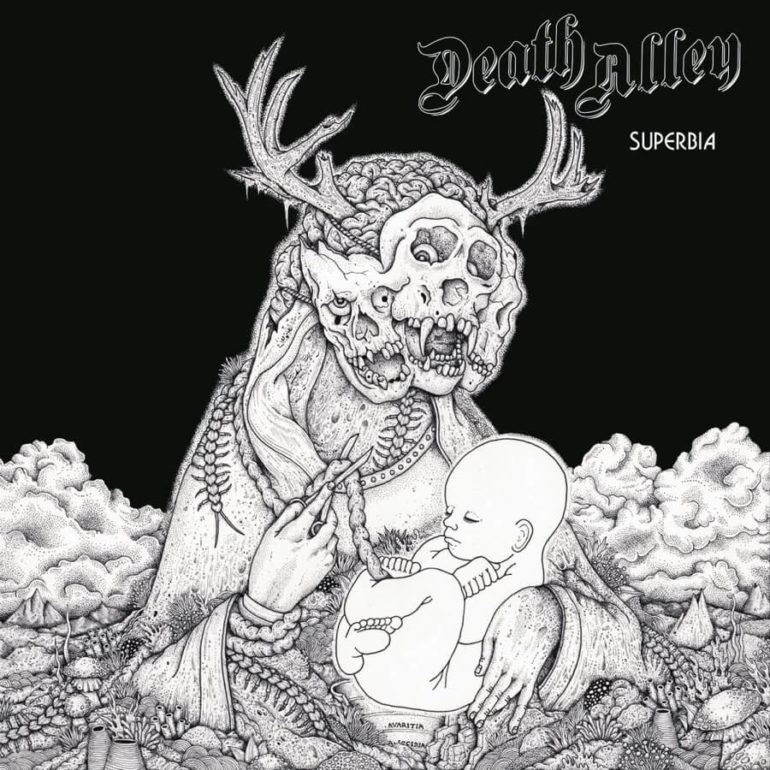 When I saw the list of upcoming albums in March, I felt like choosing a Dutch band: Death Alley. I’m not really familiar with the music of this band, but hard and heavy rock sounds like music in my ears. Their new album is called ‘Superbia’ (March 23, 2018) and I start listing to the album open-minded, because that’s exactly the mindset you need when you review an album of a band you hardly don’t know.

I’ve already ‘secretly’ listened to their first and only single ‘Headlights In The Dark’, but still didn’t quite know what to expect on this album. After listening to it a few times, I was blown away by some very good tracks. The contrast in tempo of the songs is pretty varied and draws my attention. The song on the album that I enjoyed the most is ‘Murder Your Dreams’. It features, just like most of the other songs, catchy tunes and very raw vocals from singer Douwe Truijens.

There are a lot of stereotypical hardrock things going on on this album, like catchy riffs and sing a long choruses. Some of the songs really got stuck in my head for a while. Especially the chorus in ‘Murder Your Dreams’ and ‘The Chain’ really grabbed me. The way they mixed raw punk with catchy hardrock, is just great and you wanna listen to it for hours. A big part of the bands professional sound is due to guitar player Oeds Beydals. He can make every song on the album interesting: songs like ‘The Chain’ with fast changes or ‘Pilgrim’, that contains – as my girlfriend would call it – ‘an orgasmic’ solo.

All together, Death Alley created an album that isn’t comparable to a lot of other music. At first it might sound a bit like the songs don’t vary a lot, but you can definitely spot big differences between songs, especially when you hear it a few times. So, to everyone who reads this review: don’t forget the name ‘Death Alley’, because I hope they will surprise you just as much as they surprised me with ‘Superbia’.