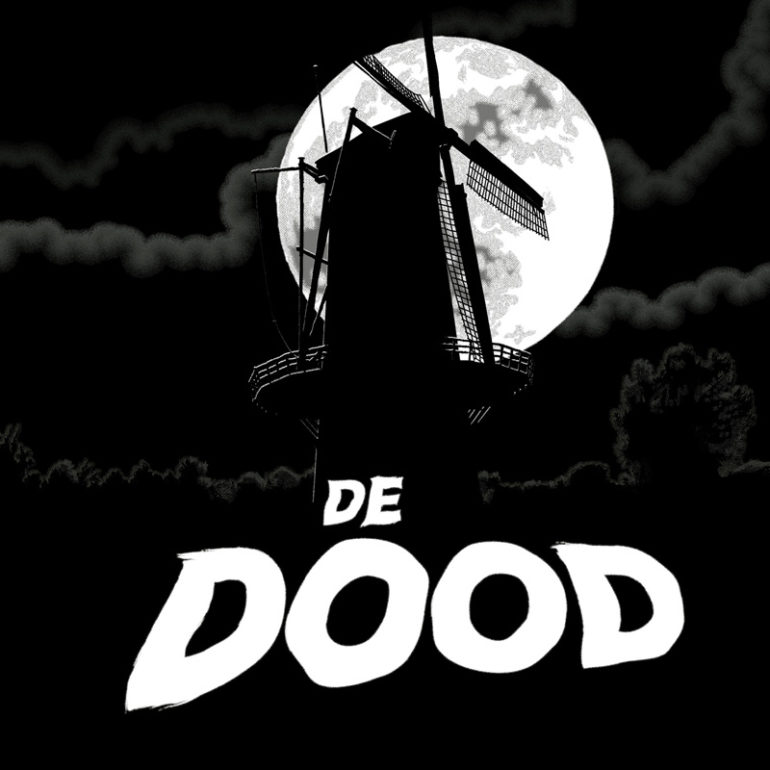 The Dutch punk band De Dood will release their first album ‘The Titelloze Eerste’ at September 25th, 2015. This 3-piece band from Schiedam plays, like they say: “a combination of weird (Dutch) lyrics and tight riffs that results in a macabre atmosphere”. Let’s find out if they are right!

When the first song ‘Roadkill’ starts, I’m positive surprised and I have the idea that I’m listening to a mix of Peter Pan Speedrock and De Raggende Manne. It’s fast, it’s raw, it’s heavy and I would like to have another 13 songs of this. I get what I asked for, but unfortunately I also get some weird, slow and noisy parts in the songs. That’s a bit pity, because it takes away the speed and rawness of the album. Because the best parts of the album are mainly the fast up-tempo songs, with the catchy guitar riffs.

The sound of the lead guitar is great and the most riffs are giving the album a little bit a metal touch, but the punk sound and the anarchy attitude is certainly leading. The vocals is raw and aggressive and at other moments clean and fast. A good balance. The lyrics are (of course) in Dutch and are very funny to listen to, especially in the song ‘Molen Vol Mongolen’. So for me as a Dutchman it’s nice to listen to those Dutch lyrics, but I have really now idea how it is if you listen to this music without knowing the meaning of the lyrics.

Conclusion
My conclusion is that this is a good debut punk album, but with some place for improvement. When they skip the weird slow parts and focus on the fast and catchy songs, their next album would be a killer. Besides that I don’t think I would listen ‘for fun’ to this album again, but I would love to see this guys play live! I think they are doing best on a stage in a crowdy room, with beer flying around.