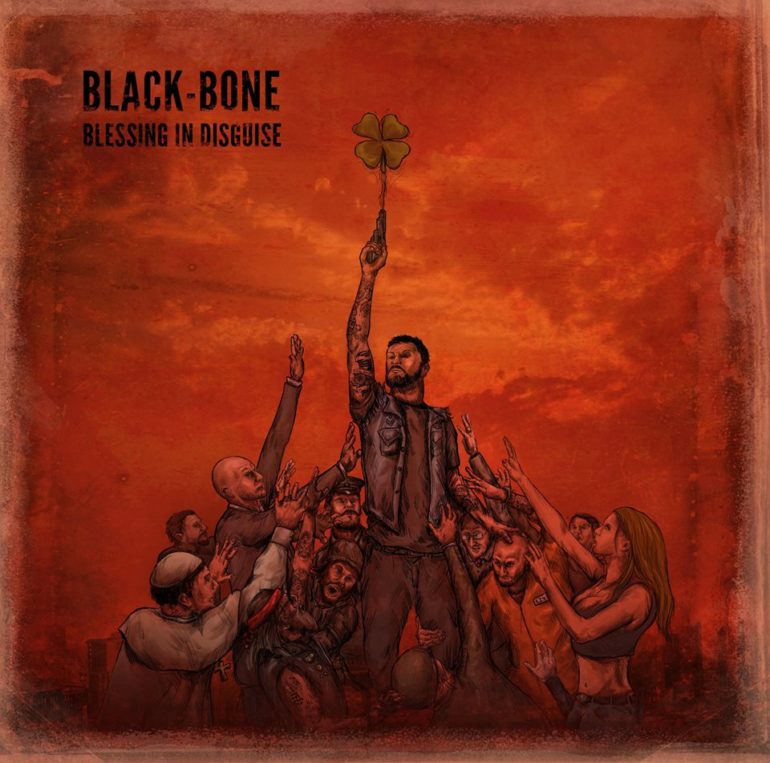 The young up and coming hardrock band Black-Bone from Eindhoven will release their new album ‘Blessing in Disguise’ on September 18, 2015 at Effenaar, Eindhoven. This 3-piece band started in 2008 and in 2012 their success ended up in the well received debut album ‘Back to Mayhem’. Now 3 years later, they are ready to break through with their second album ‘Blessing in Disguise’ on the SPV/Steamhammer label.

Blessing in Disguise: everything a good hardrock band needs
As you maybe noticed, it didn’t take long before these boys rapidly ended up supporting the greats like Deep Purple, Status Quo, Saxon, Megadeth and Slash. A great achievement! For this second album, they got some help from Peter van Elderen, better known as frontman of Peter Pan Speedrock. So we can say that this are all very nice ingredients for a new album!

The first song is ‘Blessing in Disguise’. It gives an instant impression of what Black-Bone is trying to do. They take the concept of old school hardrock with a renewing taste, using minor influences from modern day rock and metal. Songs like ‘Loaded – Weighted’ and ‘Never Too Loud’ are great results as part of. Their both catchy and are adopted to their own. Teh songs ‘Ashereah’ and ‘Wrong’ are filling in the part for some great melodic classic rock tunes. The songs ‘Enemy’ and ‘You Gotta Nerve’ are two rattling tracks with lots of energy. ‘Save it For Tommorow’ is a swinging, raw and sludgy track. Followed by the last song of the album ‘Believe’: a catchy sing-a-long lyric. A fantastic way to put this album to a closure.

Conclusion
‘Blessing in Disguise’ is a fine second album. You can hear the band grow into their comfort. In my opinion here and there some adjustments couldn’t have hurt. The vocals sound a bit muffled now and then, but nothing big. The overall picture of the album is magnificent. Especially considering this is recorded in their own home built studio. The album contains everything a good hardrock band needs. From heavy bangers to more melodic ballad like songs. Their hard work already has paid off in signing a contract with the infamous SPV/Steamhammer label. Keep up the good work and I see you at the release show at Effenaar!