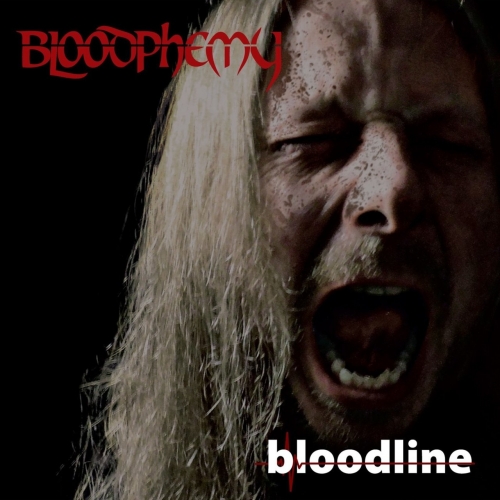 The Dutch death metal band Bloodphemy from Amersfoort was originally founded in 2000. They released a demo called ‘Section 8’ in 2002 and in 2003 they decided to quit. In 2016 the band made their comeback and released their first EP called ‘Blood Will Tell’ (review over here). Is it even getting better? Yes! In early 2017 they released their first full length album called ‘Bloodline’ via Sleaszy Rider Records.

When the death metal of ‘Bloodline’ enters my room, I become pretty happy because of the slow/medium tempo songs which are alternated by up tempo blast beats. Especially the song ‘Blood Will Tell’ kicks in with blast beats and after the intro it turns into a moshing medium tempo song. Just consider the music as pure, raw death metal in the style of Obituary. The low tuned guitars have a fat and warm sound and the solos are executed and timed very well. Also the brutal and extreme low vocals fit perfectly with the music. The sound quality is not perfect overall to be honest. The drums are not mixed very well and the songs sound all a little messy in a certain way. Mainly during the faster parts and when movie samples are used.

My conclusion is that ‘Bloodline’ is quite predictable and between the lines, especially a slow song like ‘Soulmate’. Maybe a I miss a kind of extra dimension or layer in their music. But certainly not bad at all! The songs mosh, the compositions are good and I certainly here a kind of potential in every song. Let’s hope Bloodphemy continues the show, and come up with a new (better produced) album soon!