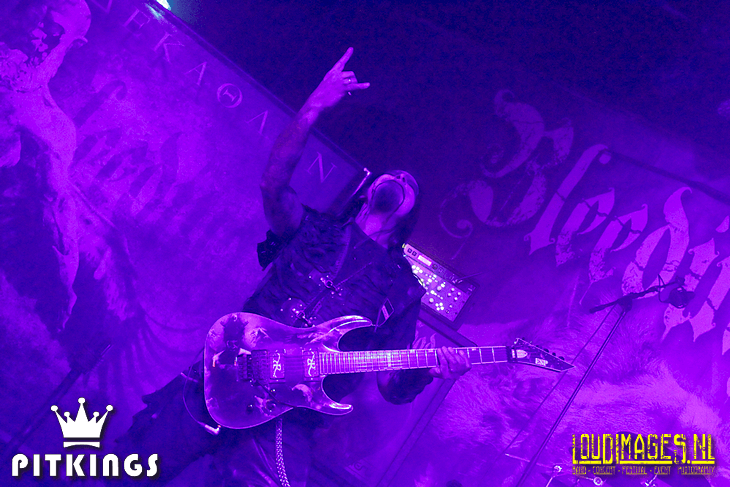 February 23, 2018 | Gigant, Apeldoorn – At the Stonehenge festival in July of last year, Bleeding Gods told the present crowd that there was an album in the making, so there was something to anticipate. They signed at Nuclear Blast and they took some time to finish the album, but what an album it turned out to be! My PitKings-colleague Anton rated the new album of Bleeding Gods with a well deserved 8.9, so I had to be at their show in my hometown to experience this new concept album live. With Apophys and The Lucifer Principle as support, this was going to be a hell of a night!

The Lucifer Principle (NL)
I’ve seen The Lucifer Principle quite a few times now in a relatively short period and I am looking forward to this party. I’m especially curious how Hein fits on his second gig and well… just looking forward to a good time. The venue is quite packed when The Lucifer Principle walks on the stage and the atmosphere is perfect right from the start. Speaking of the start… Right from the first song I notice there is something different. It only takes a few seconds to realize the guitars of Hein and Thomas are way more present and that is not bad thing at all! Hein claimed his spot already apparently and this is very audible. The guitars sound way more complex and spun out too, which adds a dimension to the total sound of the band. Earik is his usual self; stirring up the crowd and fooling around, while spitting out his lyrics. I’ve said it before, but the rest of the band is playing a hell of a set too and it’s not that they’re not audible. Hein and Thomas, but especially Earik may take most of the limelight, but Sander and Mikhail are are laying down the solid base of this band and assuring the pounding groove that is so typical for this band. The Lucifer Principle guarantees a stomping party and it was exactly that and a bit more. As always! 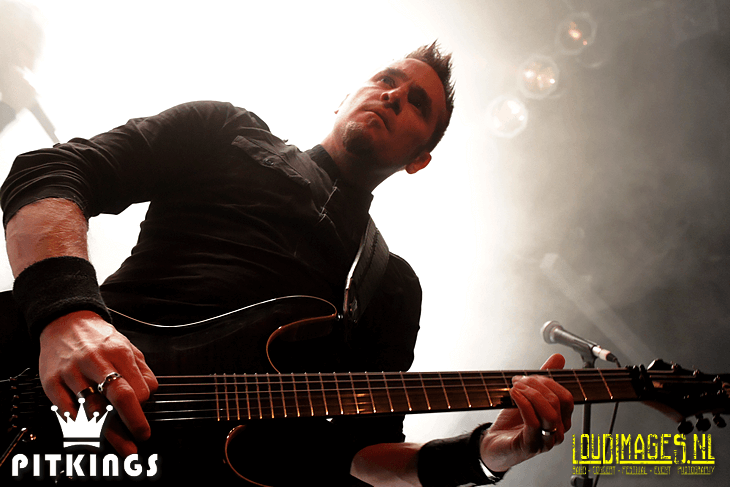 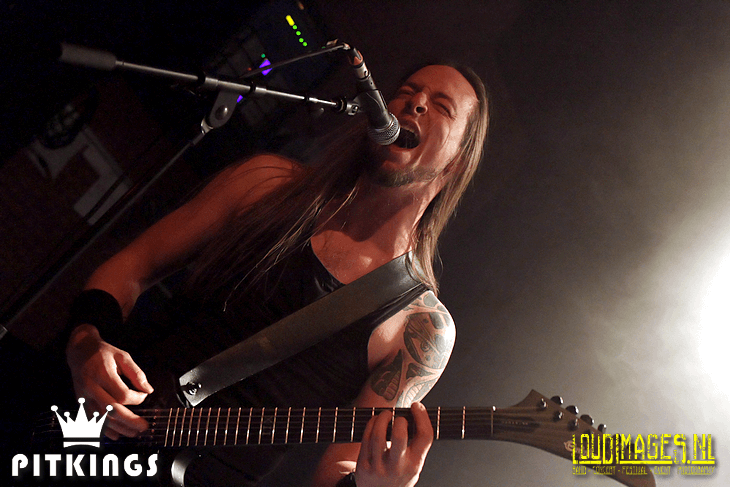 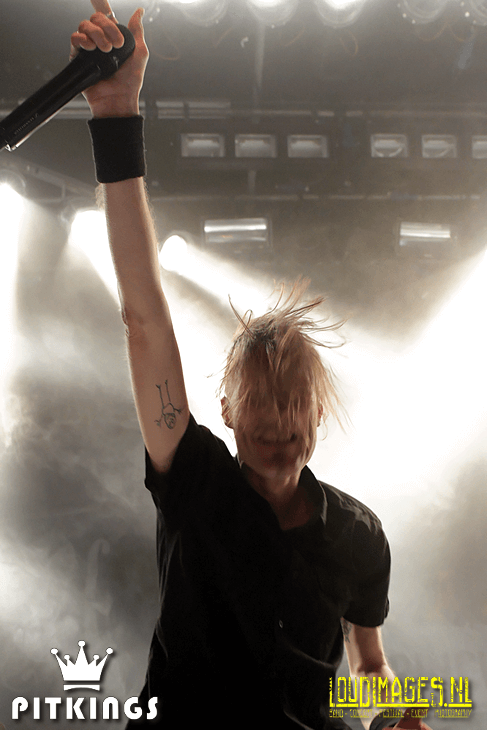 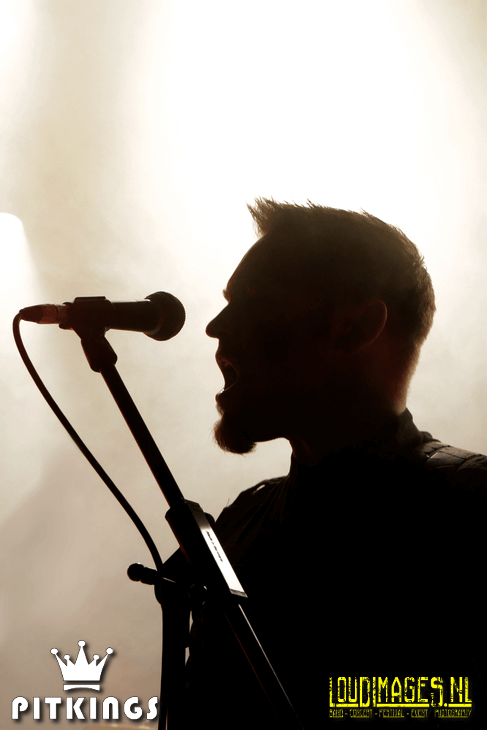 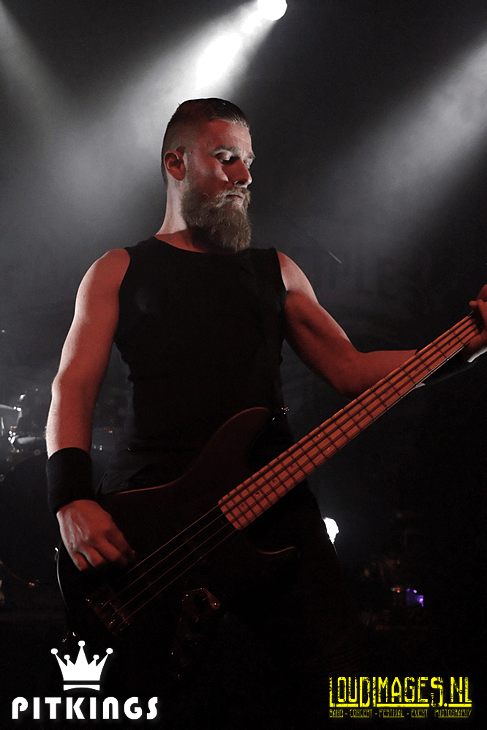 Apophys (NL)
I’ve seen Apophys before and was quite impressed, but this night there was something not right. The sound was rather poor and undefined and it stayed more or less that way during the whole set. Apparently there was something very wrong in the set-up and therefore I do not think it is fair to write a review based on a, to me, clear technical mishap. I guess I have to have a rain check with Apophys to give a fair review. 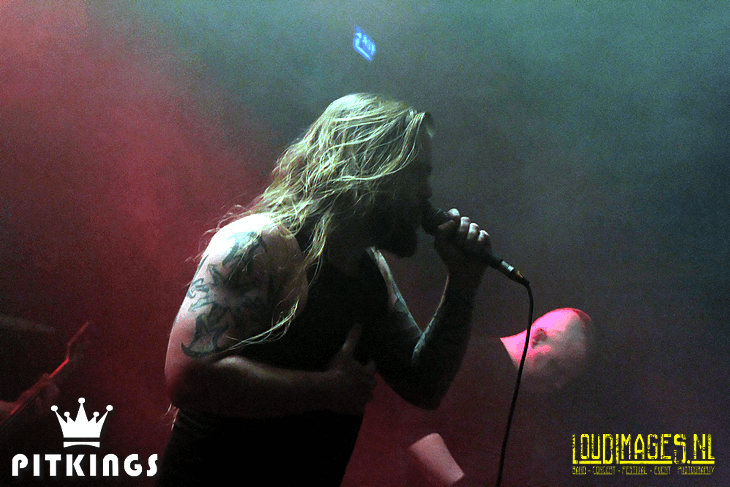 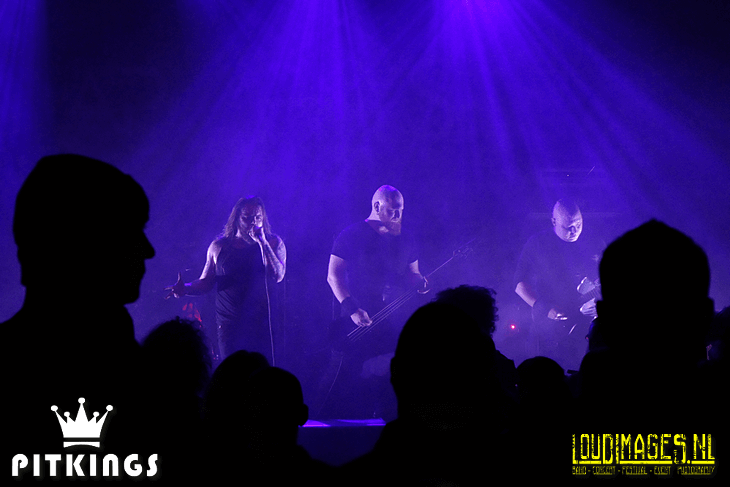 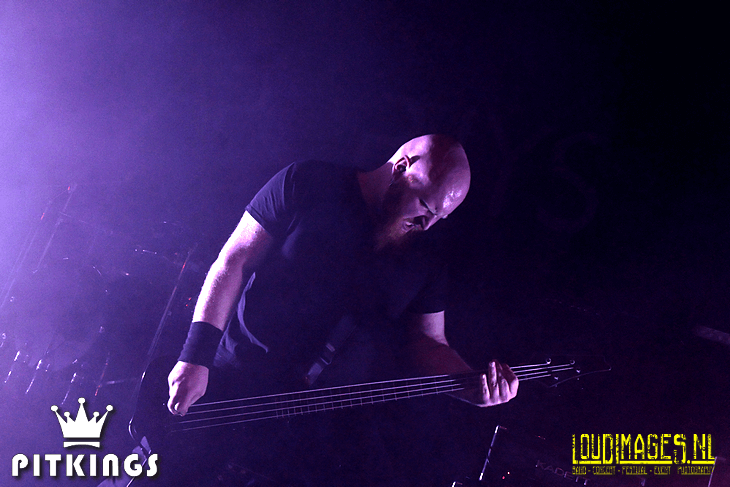 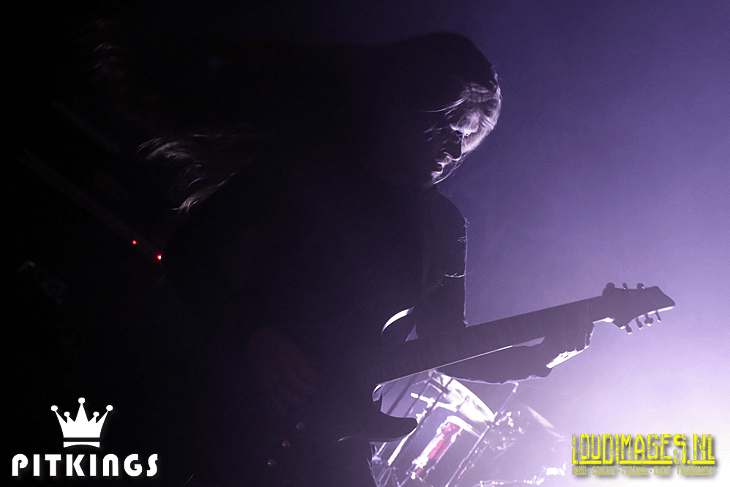 Bleeding Gods (NL)
Of course the band of this evening is Bleeding Gods. The last time I saw them, it was quite sunny and there weren’t that many props on the stage. Tonight is a different story! A massive backdrop, banners, small pillars with brass bowls and painted amps filling the stage. The mic stand is a skull with inverted deer antlers. Now this is going to be something different! Normally I’m not very fond of a lot of red light in a show, but with this show it fitted well. It did spoiled a lot of my pictures, but that was a side issue for once… Bleeding Gods put down a perfect show; well put together and solid! There was great interaction with the crowd, which was very receptive for the encouragement of mainly both guitar players on either side of the stage. Compared to their performance on Stonehenge last year, which was quite good, this was the next level. Use any superlatives you like, but awesome is the one for me. The new songs were received very well by the audience and the fun on stage was very contagious. The sound was awesome and there was a lot of action on the stage. A treat for eyes and ears!

The next leg of the tour is Japan, so if you’re in Japan, get tickets to their show and buy their album! It’s awesome! Hopefully there is going to be another Dutch or European leg, because you need to see and hear this band live! 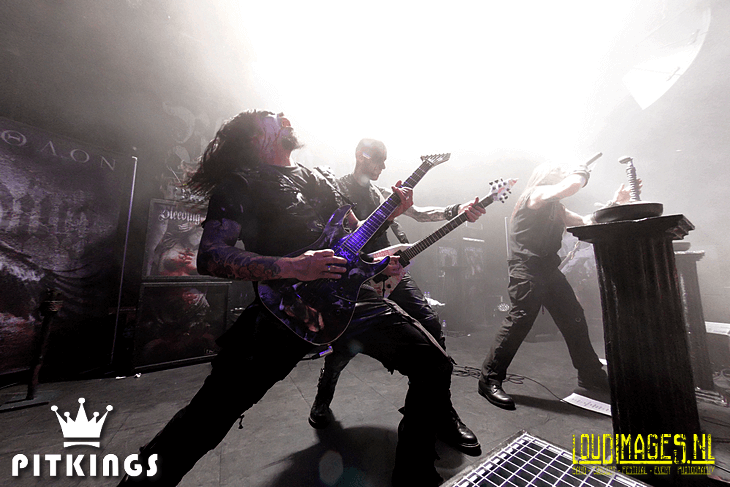 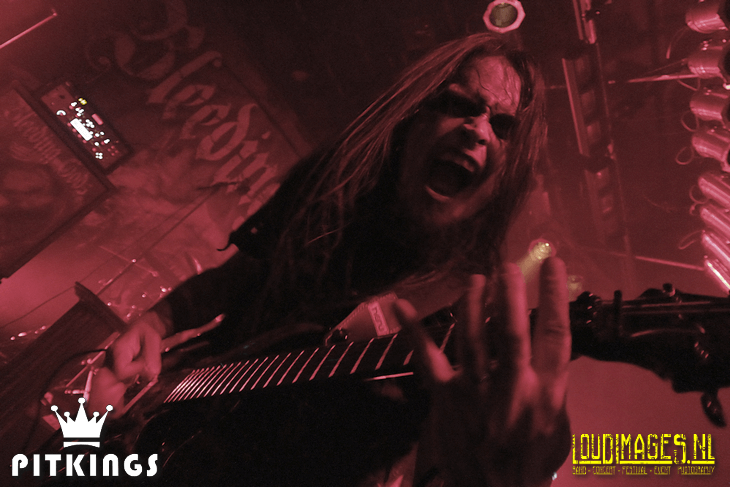 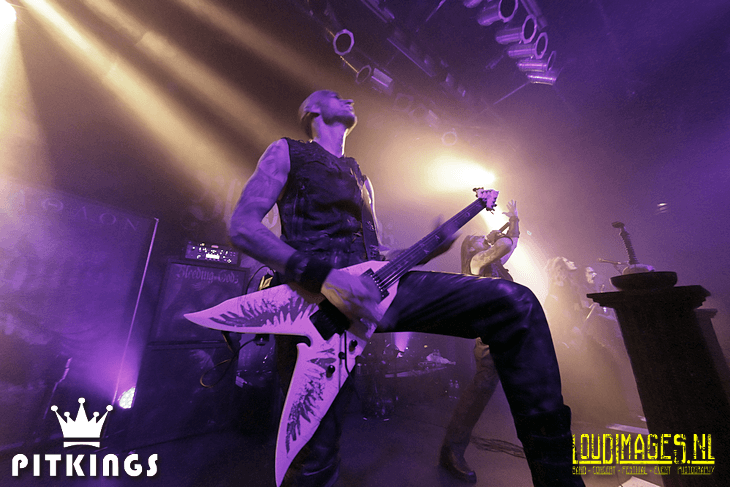 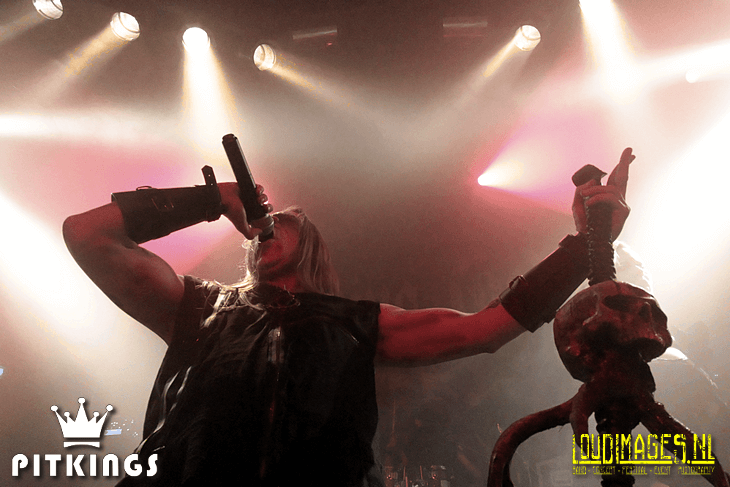