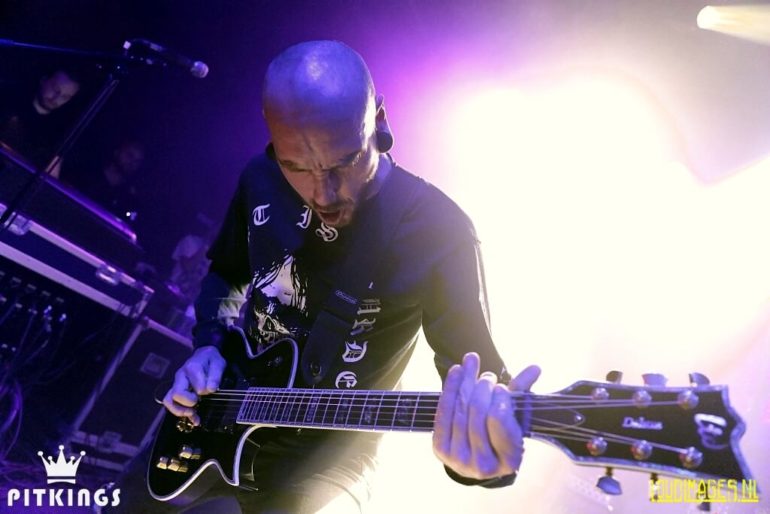 September 15, 2018 | Gigant, Apeldoorn – The city of Apeldoorn wasn’t known for a long time as the epicenter of rock music, but the venue of Gigant is having some legacy on that terrain. With this fairly new festival “Voor De Duvel Niet Bang“, which name is a Dutch saying meaning something along the lines of: not even afraid of the devil, Apeldoorn is hopefully building a name for itself again. When the local religious party SGP read the word “Duvel” in the newspaper (local dialect of “Devil”), they went bonkers and were offended to the bone. They whined in the local paper to take measures but of course nothing was changed. The SGP didn’t just roll over and did their worst; they came flyering at the entrance of the venue and everyone was deeply impressed… Not. I assume the organizers were pretty happy with the extra exposure in the papers and even on local television!

X Raiders (NL)
The first band is one with a story. Recently this band changed it’s name from “Rectum Raiders” to “X Raiders”. The “X” could stand for rectum, but it can also be anything else… it can be whatever you want, according to the band. The first time I saw them, they played ”dirty gay-metal” and “uncompromising spandex-rock”. By losing their rectum, I was curious if they got rid of their past. 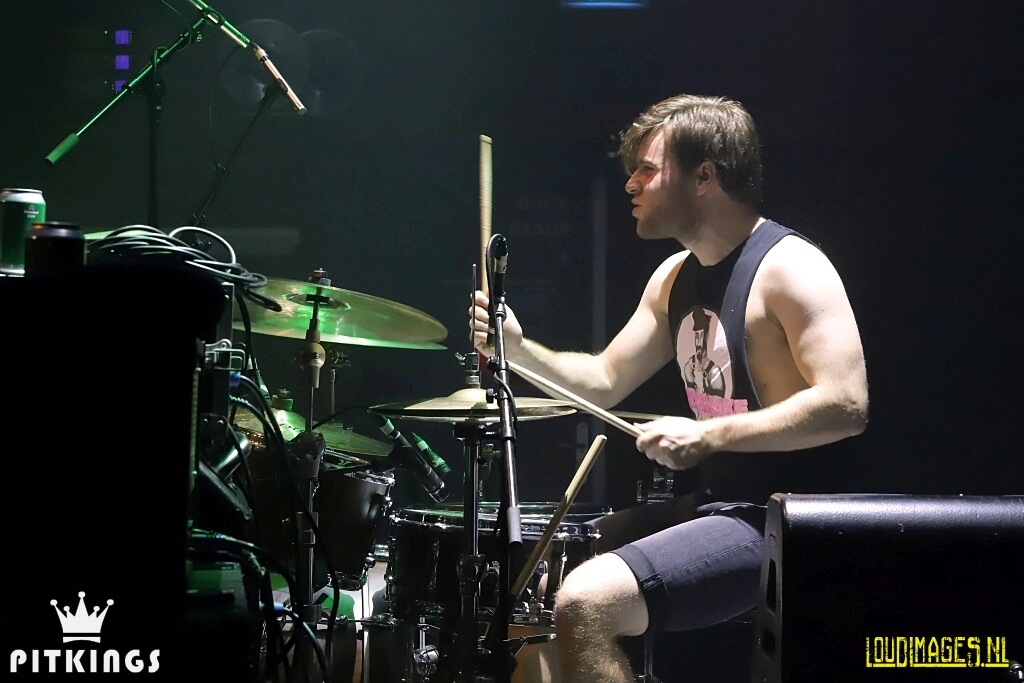 Well, the past is not completely gone; the cucumbers still play a (small) roll, the clothing is still a little bit risqué, but the songs are matured. Not completely luckily, because the Rectum Raiders were hilarious as fuck and X-Raiders is still funny is hell, but they went from decent to pretty damn good. There’s a crowd of about 60 of which a larger than average part is woman. All present are very much entertained by X Raiders and that is large due to the catchy tunes and the (still) hilarious interaction with the crowd. With tracks like “Boulanger” and “Vaseline” the crowd get moving and the first circle pit and crowd surfer are already registered. Musically it’s a combination of metal and punk which all present appreciated a lot! Before leaving the stage, the band thanks the SGP for the invitation, which sends a chuckle through the crowd. 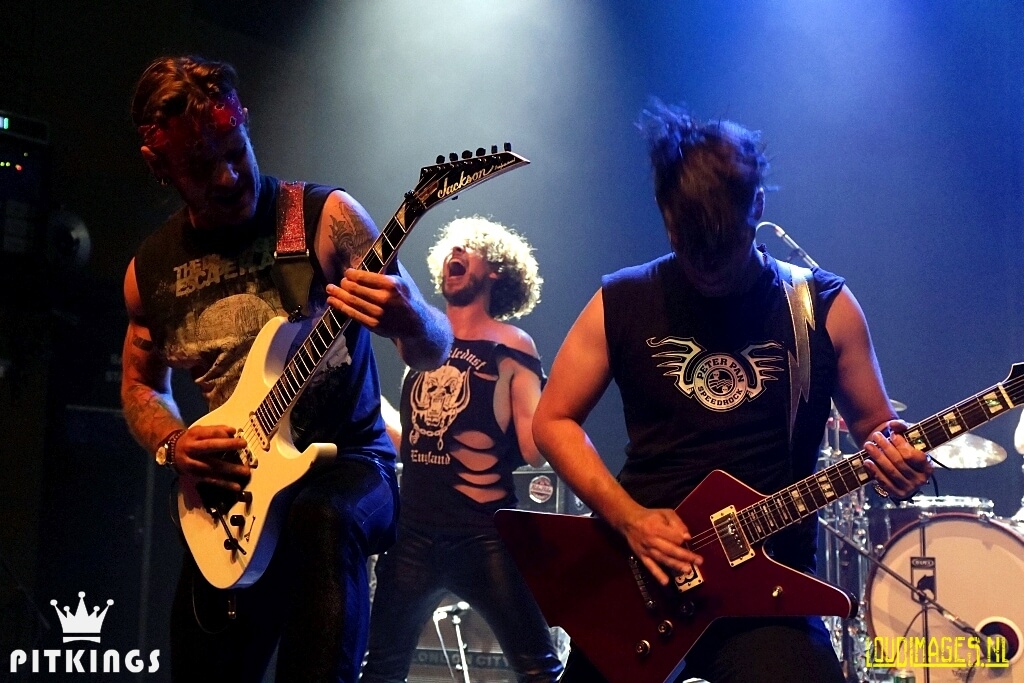 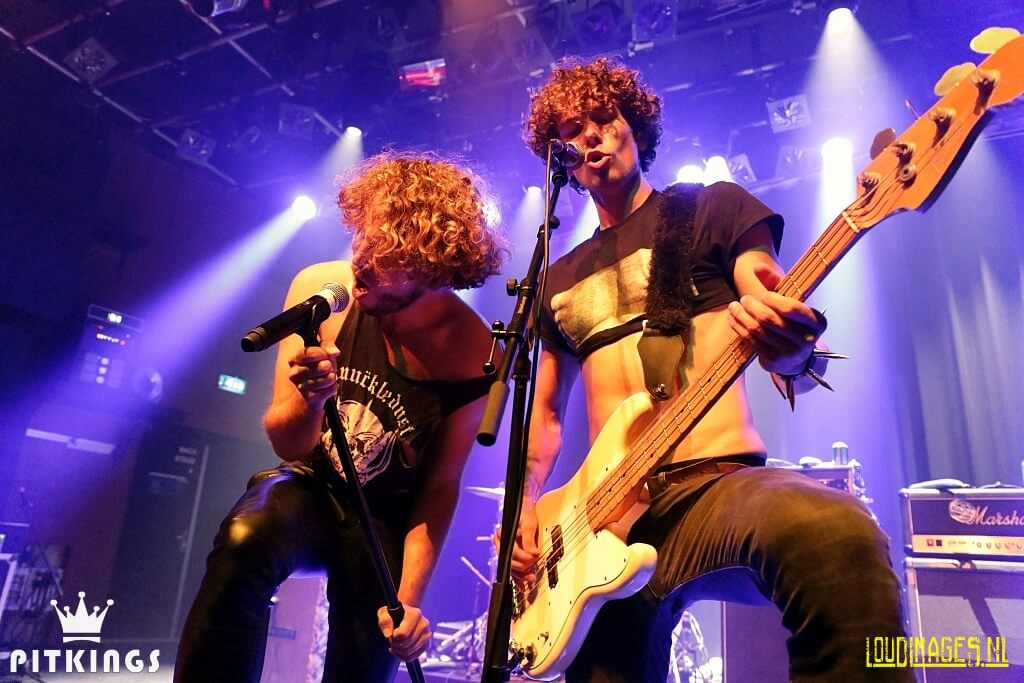 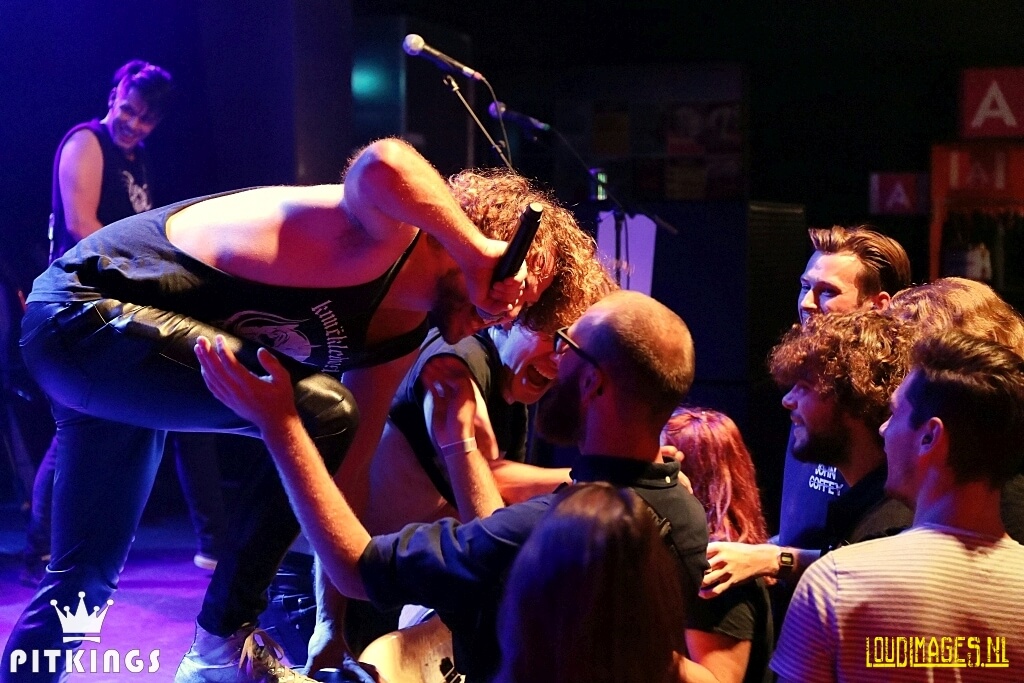 Swedish Death Candy (UK)
Now this is something I normally not see, so I am curious what to expect. The Acid Rock of these guys, is ambient, psychedelic and rock mixed in to a unique experience. While singer Louis Perry is playing his guitar quite stoic, bass player Jiwoon Whang seems to be made of elastic. He’s moving about the stage, bending over backwards, kneeling, twisting and turning, while generating amazing sounds from is bass. Sadly a lot of the spectators can’t handle the complex pshychedelic music and leave for the adjacent bar. The set was interesting and there was enough fun on stage to keep the spectators entertained. 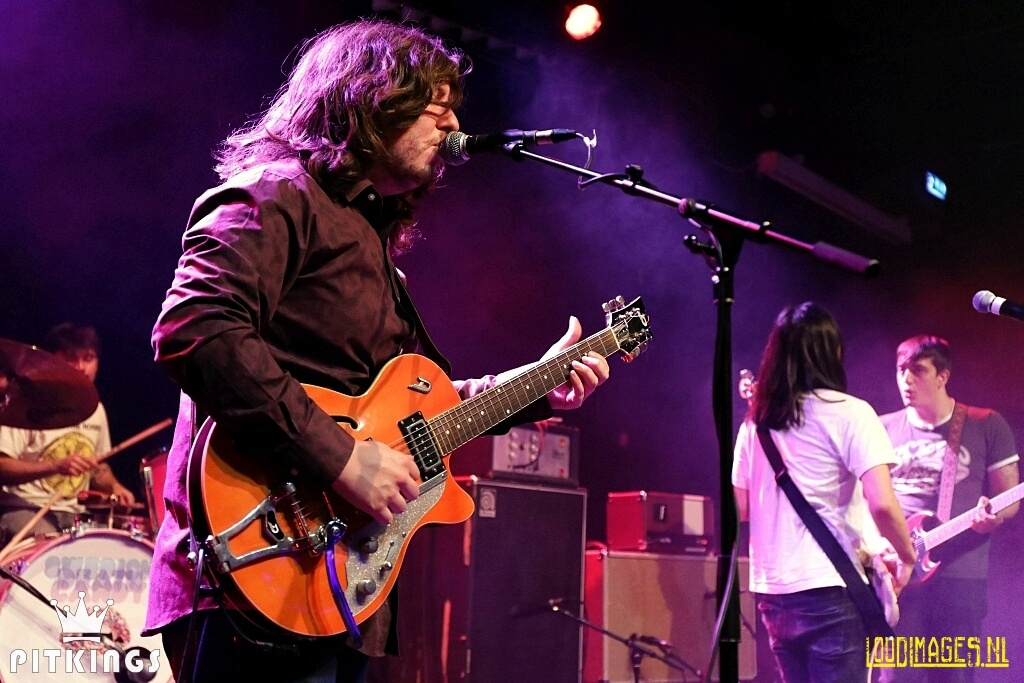 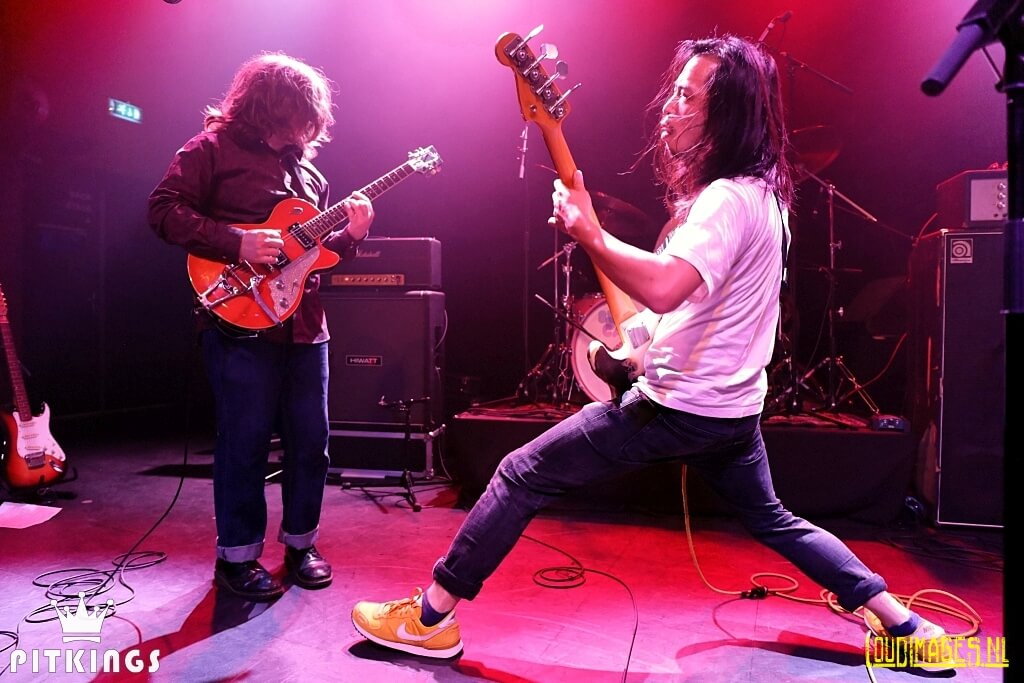 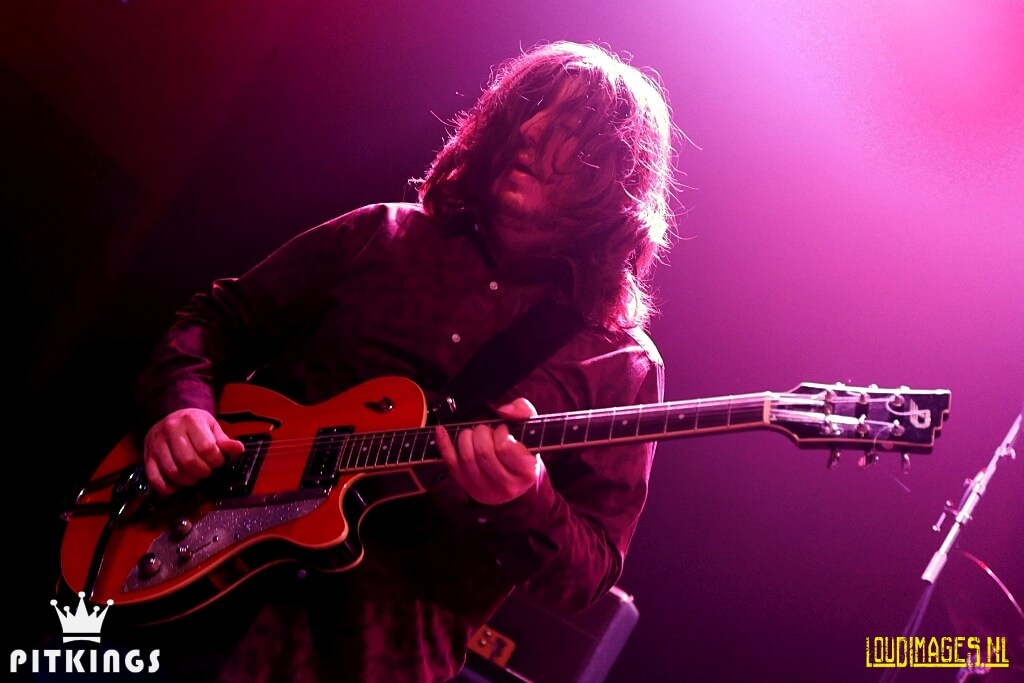 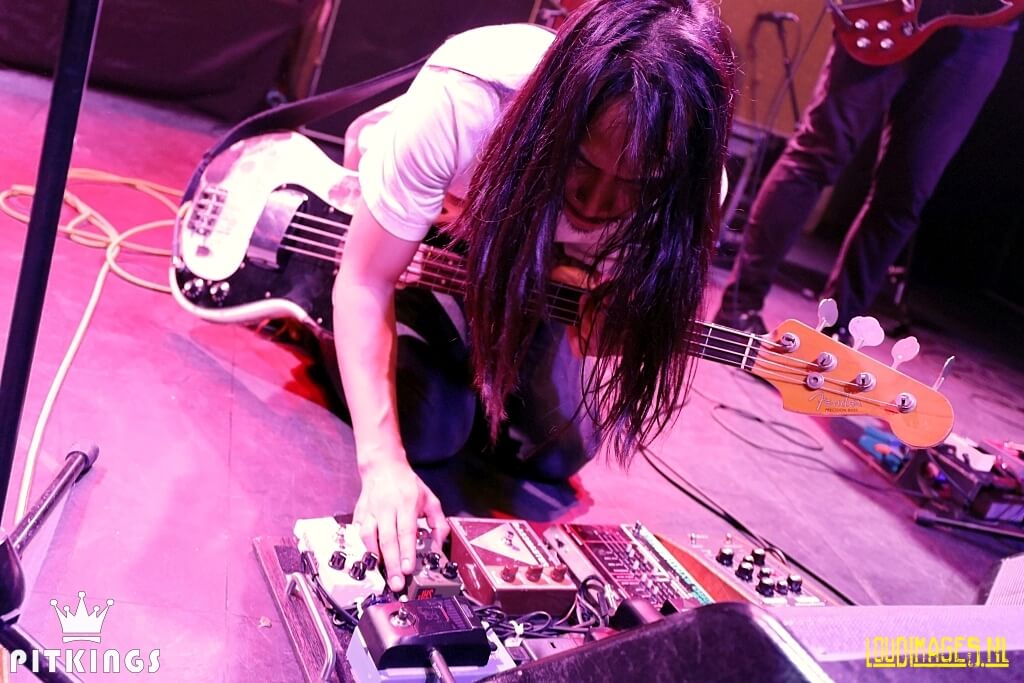 It It Anita (BEL)
The first thing different with this band, is their position on the stage. The drummer is sitting sideways with one guitarist next to him. Opposite of them, the singer/guitarist and the bass player have their place. Drummer Bryan Hayart is very visible on stage. He’s very muscular and acts like a master of ceremonies at times. It It Anita, plays noise / indie / postpunk with a twist. It is very interesting to hear and see, but the lights are dramatic; mostly red and very little of it. Certain visuals on the stage are hardly visible from further away than a few meters and that is pitty. Musically It It Anita convinced, but not all of the crowd was returned from adjacent bar, and that was a shame too. 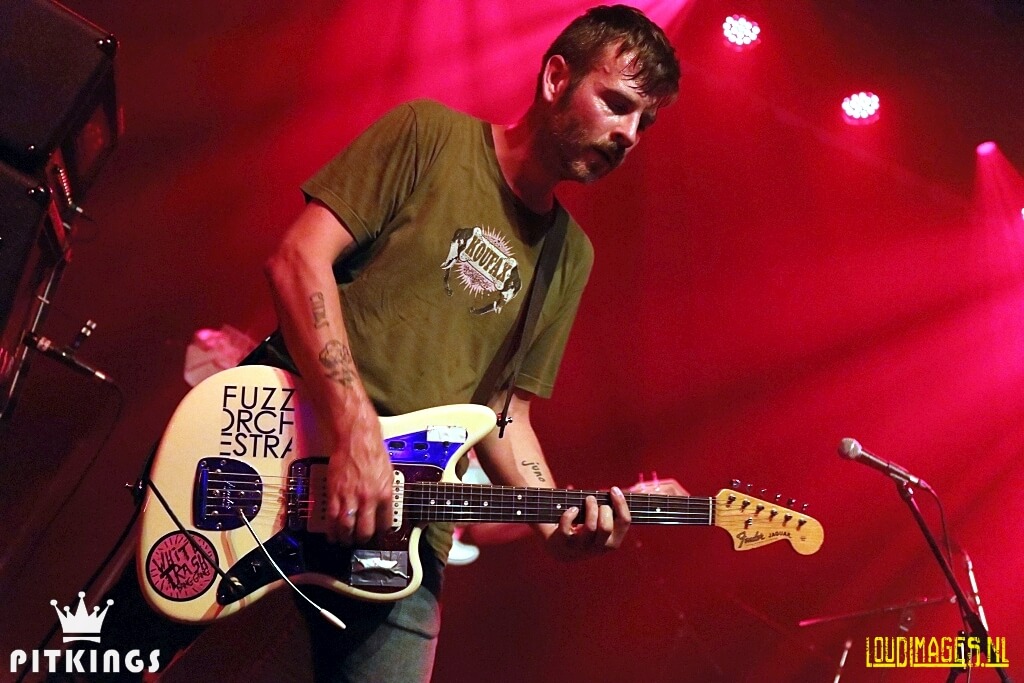 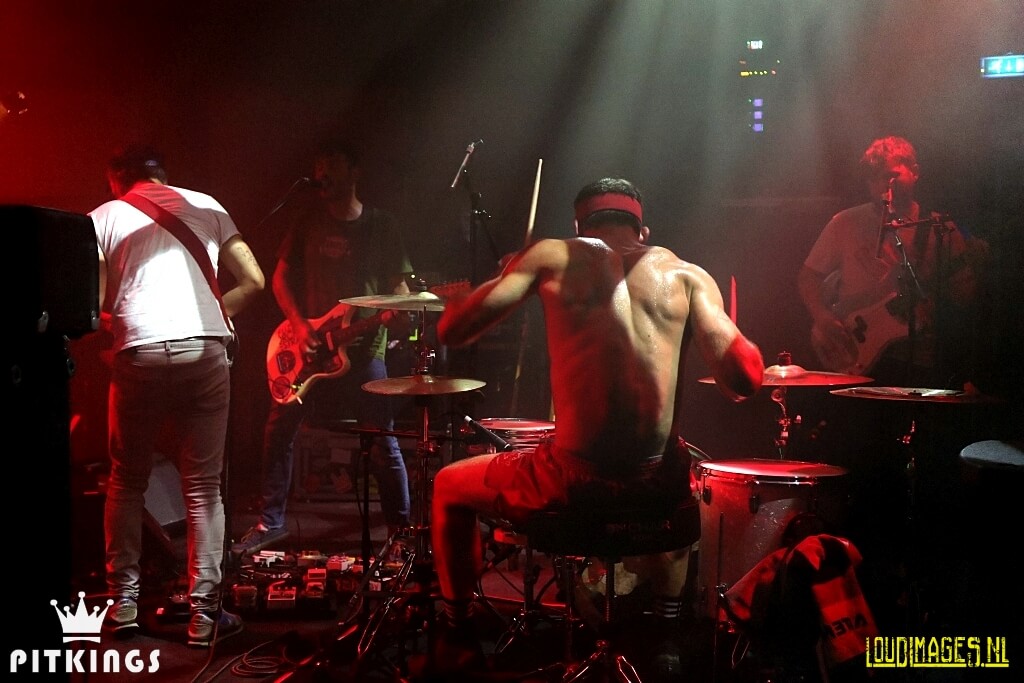 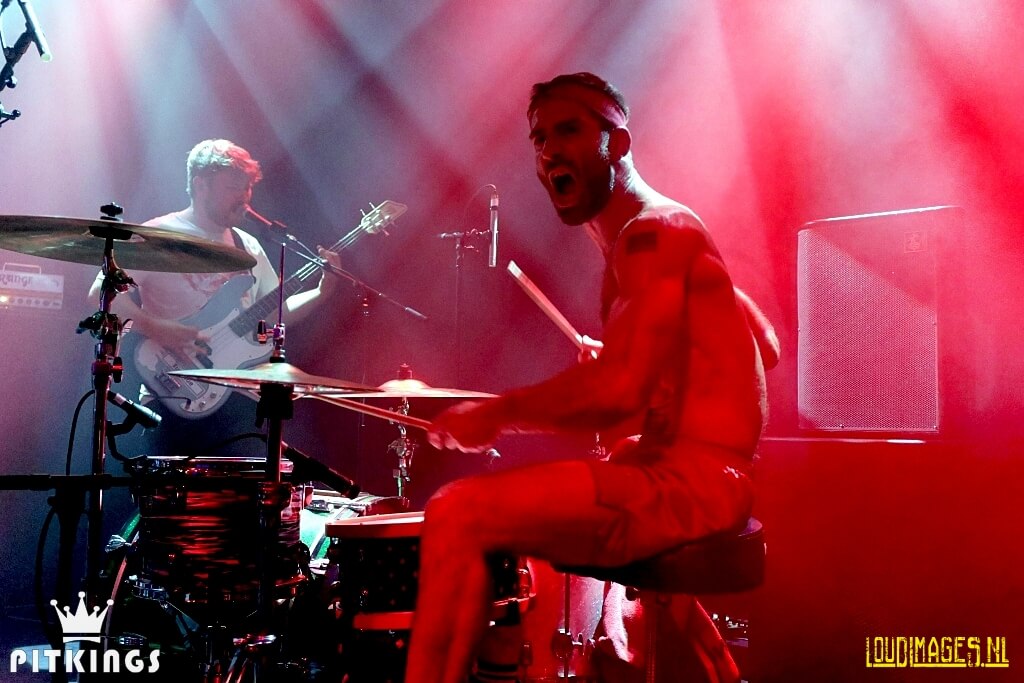 Ondt Blod (NOR)
With Ondt Blod, which means “Evil Blood” on the stage, the crowd is returning to the venue. Personally I’ve never heard of this band, but that was about to change. A nice gimmick (for and oldtimer as me) was the 8 bit game-like tunes which were used as intro or as filling in between songs. The gig it self was awesome! Raw punk rock with a very energetic singer. Aslak jumps a few times in the crowd spurring them on to move and sing along. The band is a revelation, it is wild, it is fast and it is well performed. Sadly the band members are mere vague shadows most of the time, as the light is hardly anything else than dark red or green. 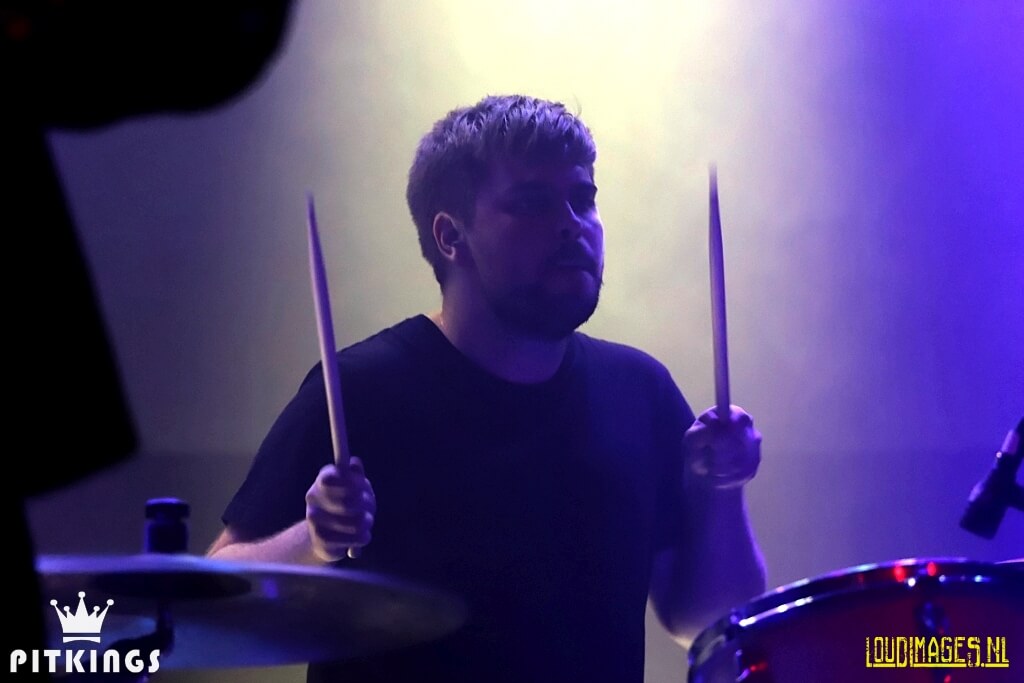 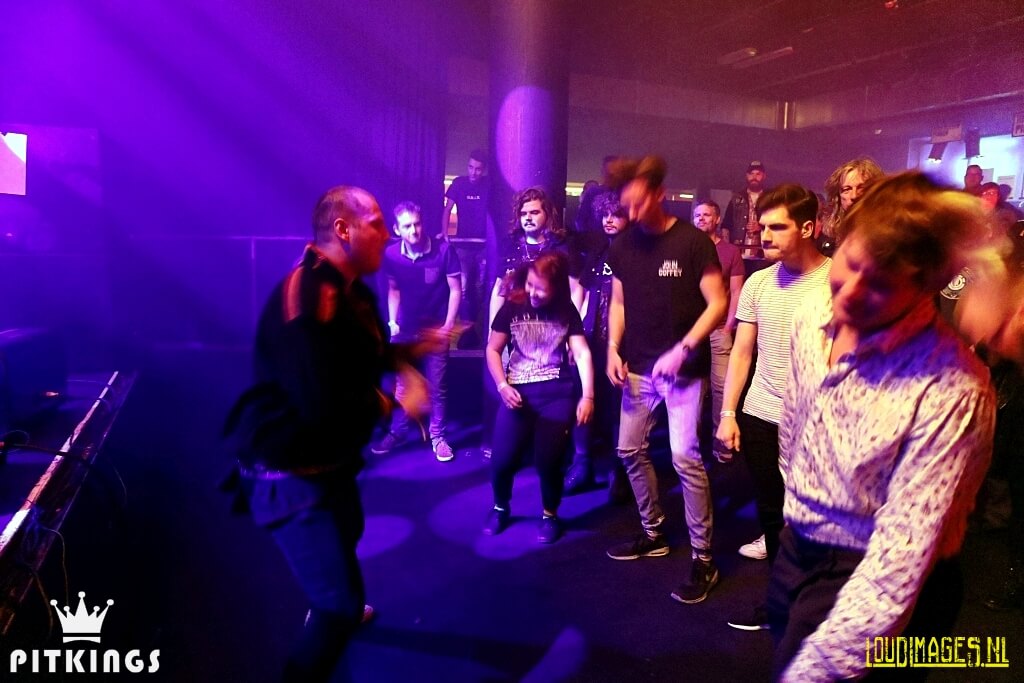 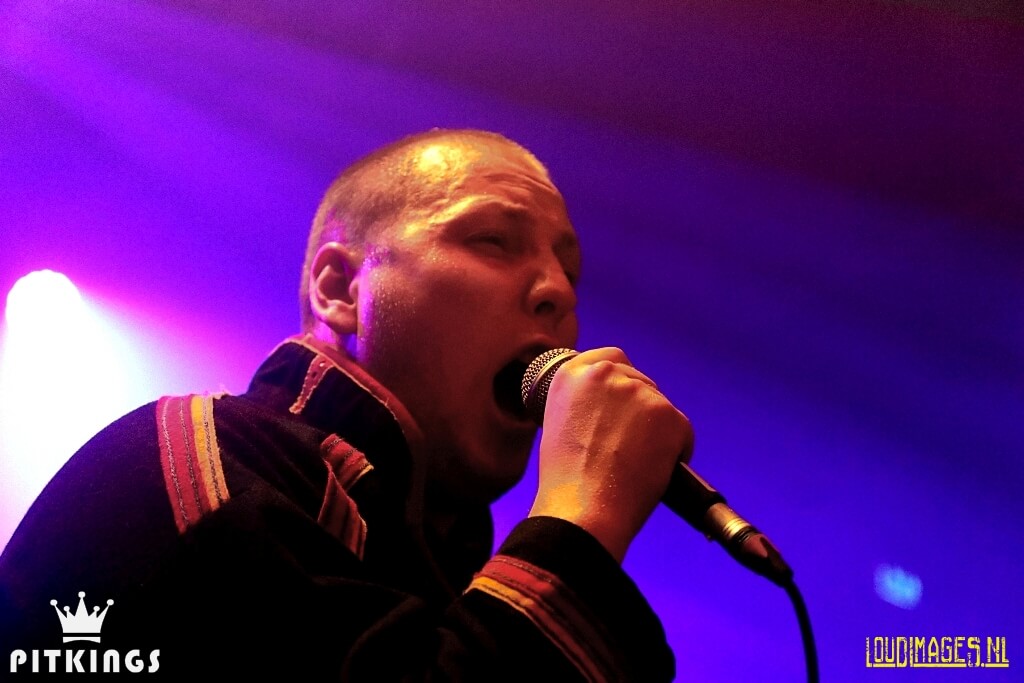 Tusky (NL)
From the ashes of John Coffey, Tusky has risen and these guys show their experience on the stage. The performance is smooth and the music is fast and loud. Tusky is a great warm up for Fleddy Melculy and even a few hipsters with groomed beards get wild in the mosh pit. There is a lot of interaction with the crowd, which contributes to the superb atmosphere. The band is giving it all, from the first note ‘till the last and that is hugely appreciated by the fans. The temperature rises in the venue and the beer is flowing. Luckily there is a patio, where it is nice to cool off and have a conversation or a smoke and still hear the music inside. 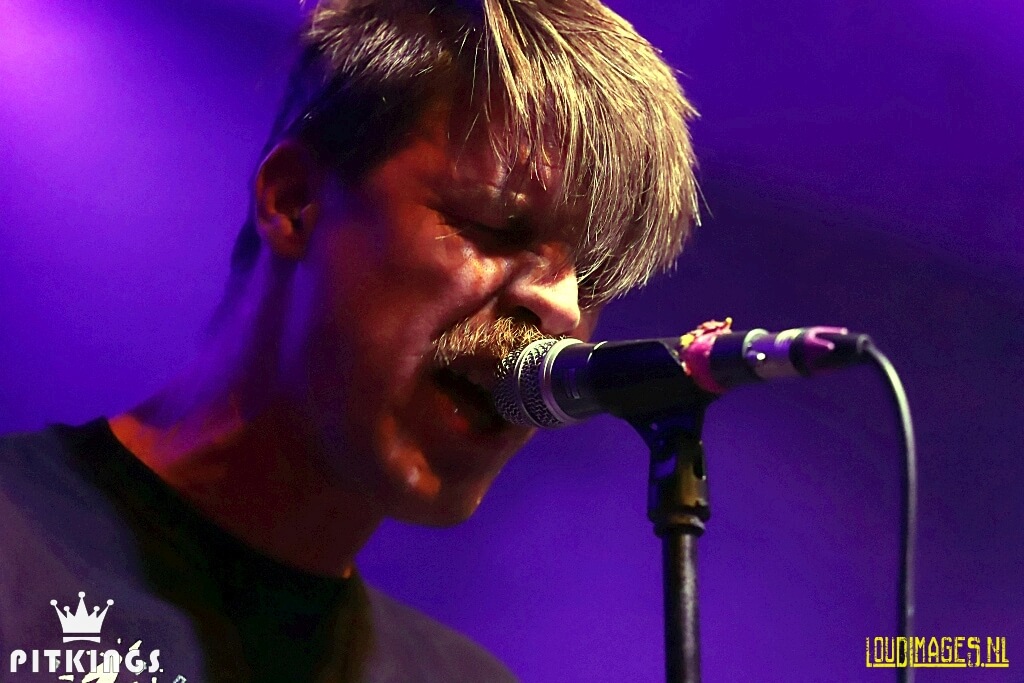 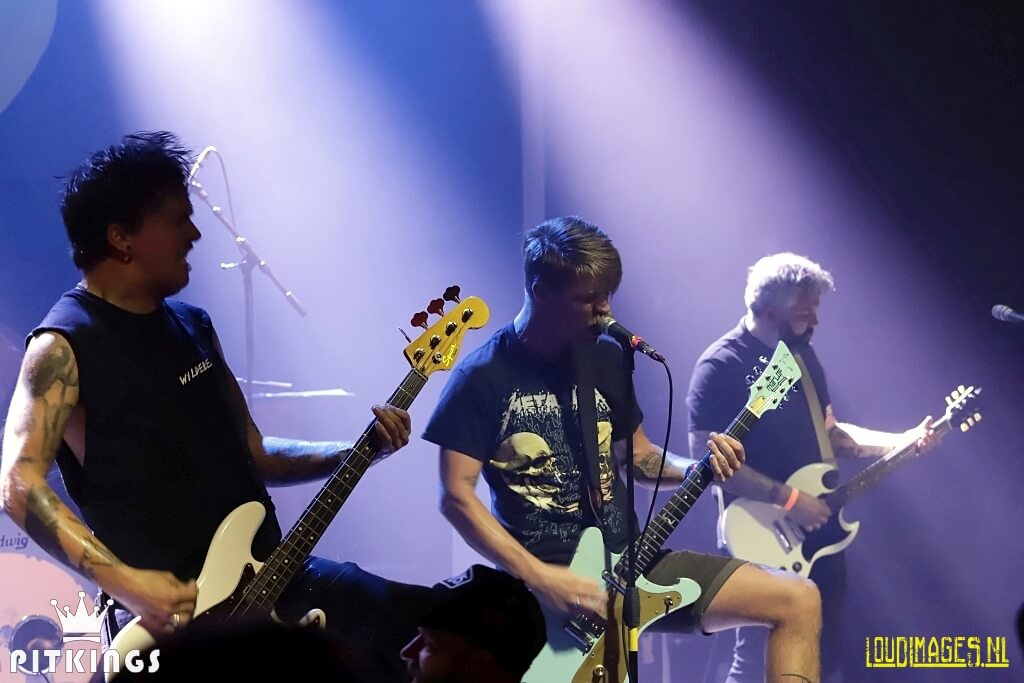 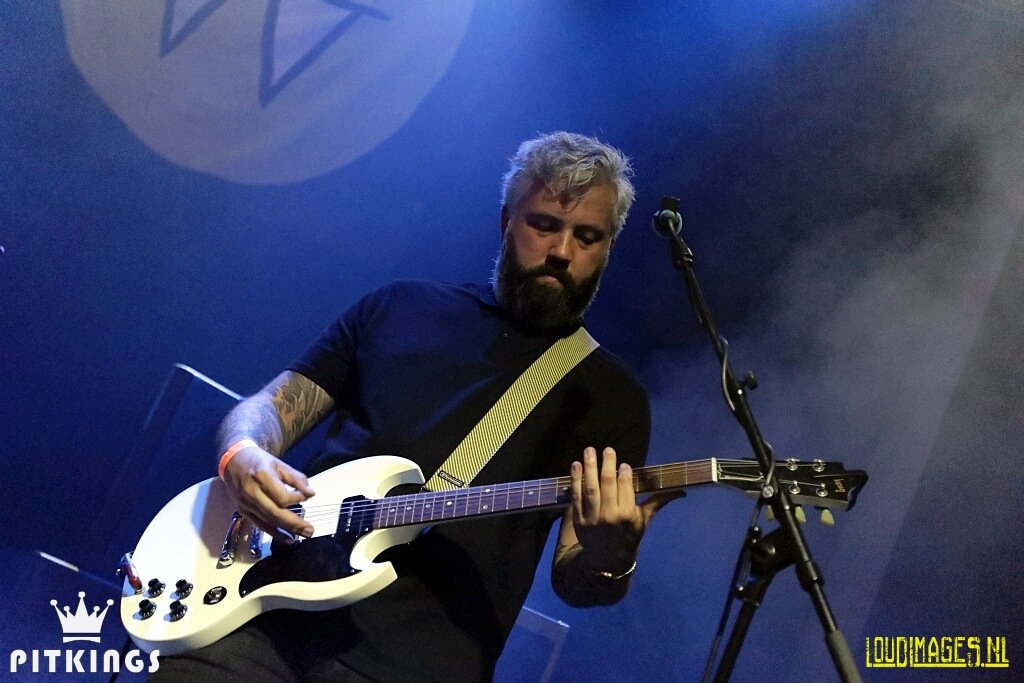 Fleddy Melculy (BEL)
The main event of the day is Fleddy Melculy from Belgium. This band has build quite a name for themselves in 3 years and it is visible that they are professionals. The changeover is smooth and quick and when they climb the stage, the sound is great.
Even after playing earlier on the day on “Baroeg Open Air” in Rotterdam, the band still looks fresh and eager to play. This is the band everybody have been waiting for and with every ounce of energy left, the mosh pit is started. The booze is doing it’s job for some and when some intoxicated fan stands for the third time too long on the edge of the stage, hindering the singer and guitarist, some band members are a bit irritated. Luckily this is picked up by the crowd, and convince the guy not to climb the stage again and keeping the atmosphere friendly. 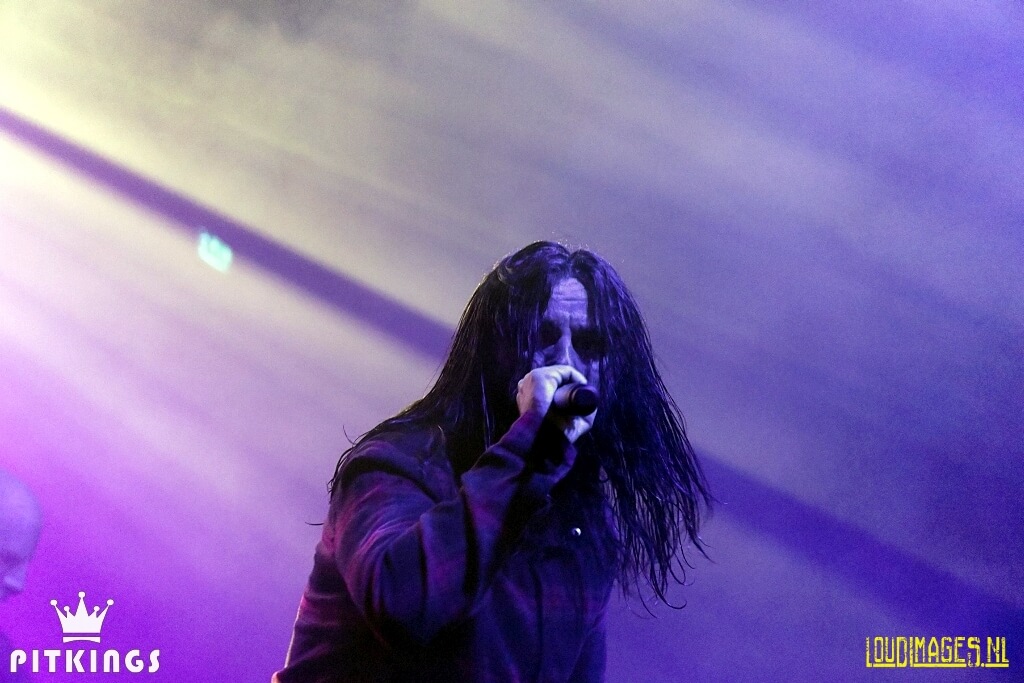 It is almost impossible to take pictures standing against the edge of the stage, because the moshpit is pretty wild now. After some shots I move to the back and the sides to pick some shots and I see a frenzied crowd. Fleddy Melculy knows how to play the crowd and even though the name suggest a gimmick band, Fleddy Melculy is everything but that. They have a pretty varied set, which is hammering home from start ‘till finish. When “T-shirt van Metallica” is started, the crowd goes at it for the last time. After stowing my gear I get a last drink and head for home. This festival was a nice one! 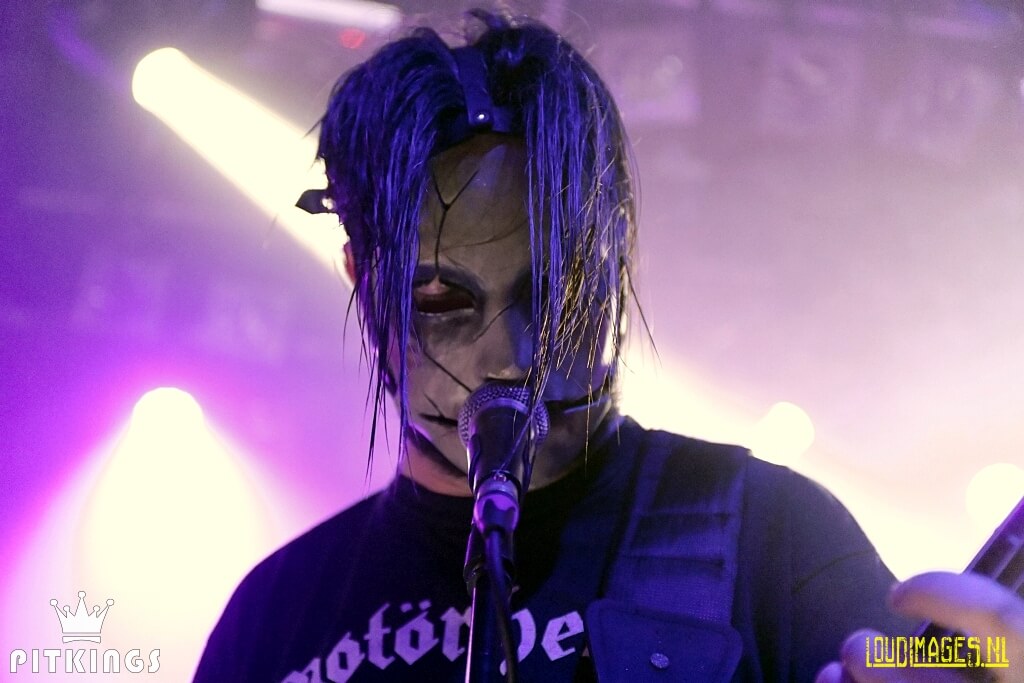 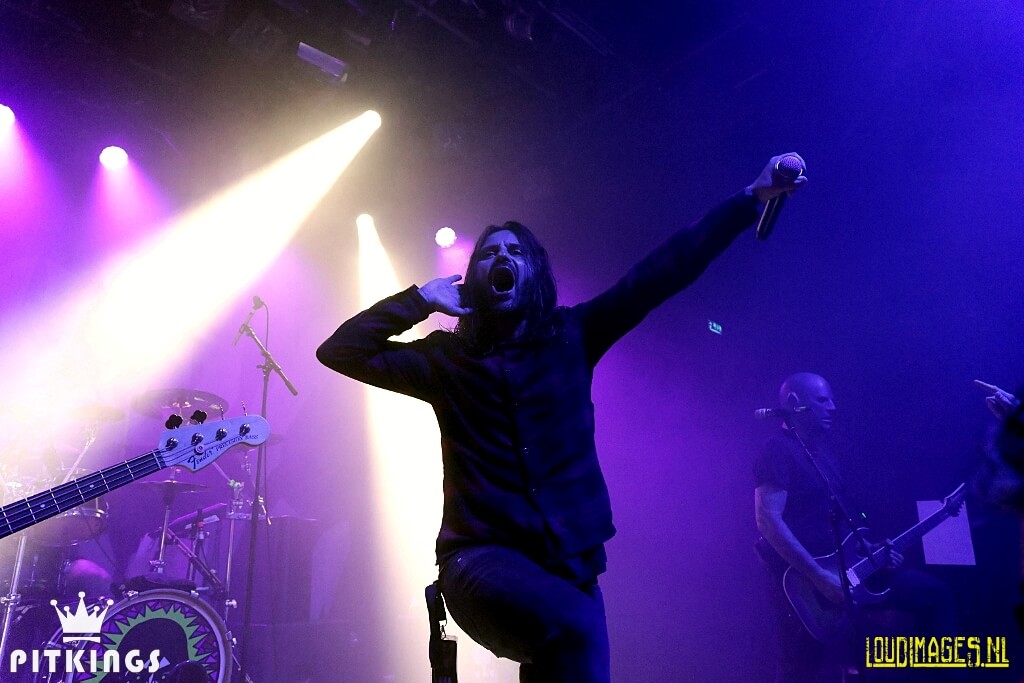 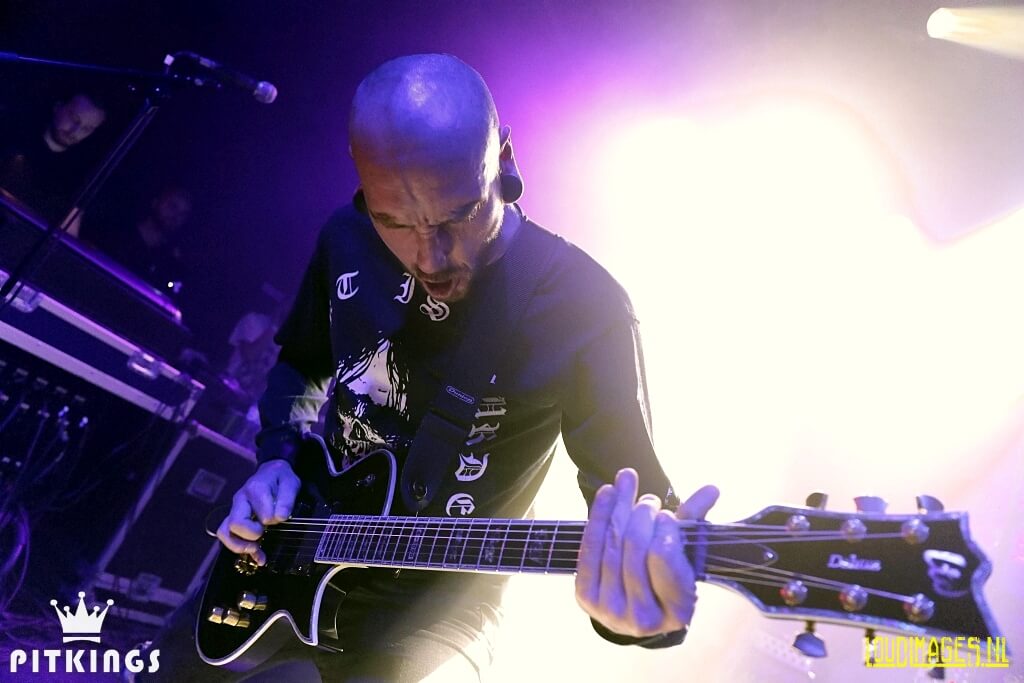 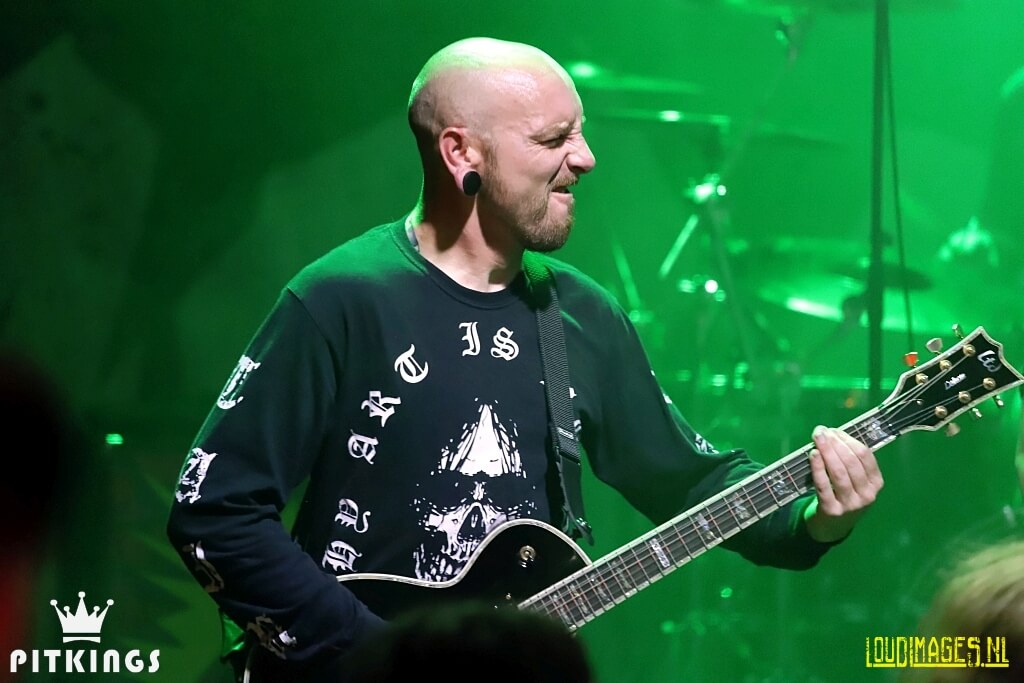 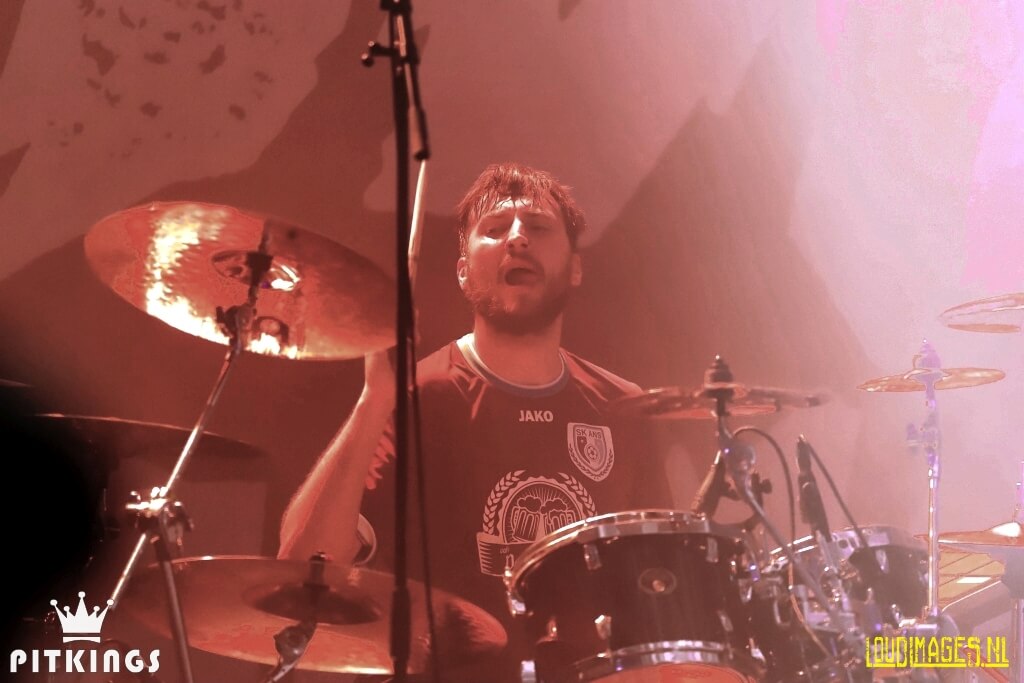