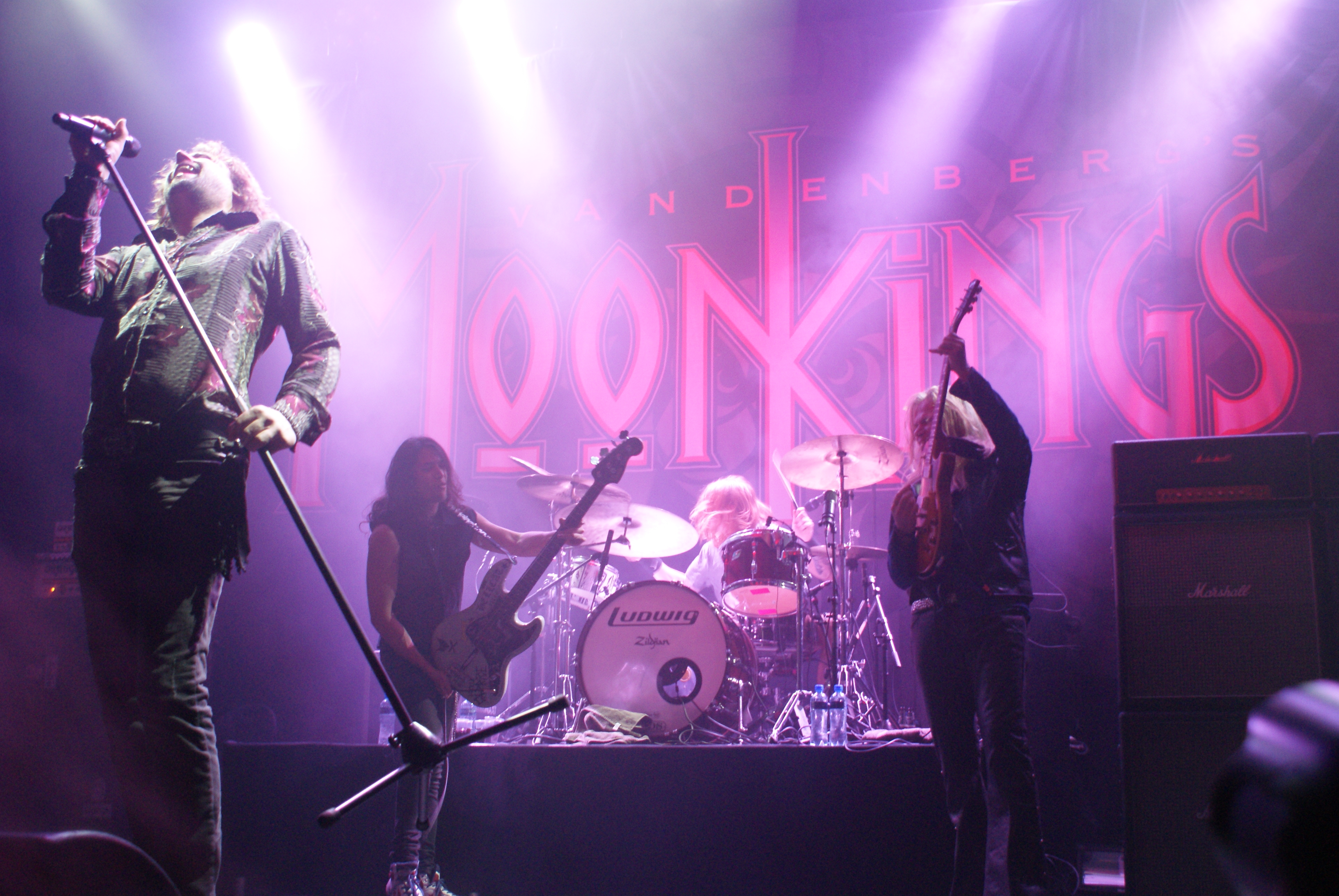 Patronaat, Haarlem, January 17th 2015 – The legendary Dutch guitar player Adrian Vandenberg played with his new band Vandenberg’s MoonKings at Patronaat. A gig I lookked forward to for quite a long time.

The legacy of Adrian Vandenberg
I think it’s not really necessary to introduce the one and only Adrian Vandenberg, but let’s do it for the young ones. He started in 1980 his own band Vandenberg and reached the charts with the song ‘Burning Heart’ in 1983. In 1985 he was asked by David Coverdale to join the world famous band Whitesnake and toured around the world playing large arenas till 1991. Then it became silent and Adrian focused on his painting career. In 2013 he started MoonKings and they released the self titled debut album in 2014. Fun and passion
I was a little shocked when I found out that Adrian Vandenberg is already 61 years old! But really, you don’t see it and you don’t hear it at all. Right form the start the sound is crystal clear and Adrian is still playing with that great passion and drive. It could be that it has something to do with the younger band members around him, but wow! They also play with lots of enery and have fun on stage with each other. Patronaat is packed with many people with the same age as Adrian and they enjoy the show from the beginning. Espespecially when the band is playing the classic songs ‘Here I Go Again’ and ‘Burning Heart’. Then the crowd is screaming along with the very good performing and sounding singer Jan Hoving. After this gig in Patronaat, the band has three shows left and then their European tour comes to an end. They played from February 2014 in several European countries and at all the mayor rock and metal festivals. Let’s hope the band continues in the same line-up and release another record. They deserve it and we want it!