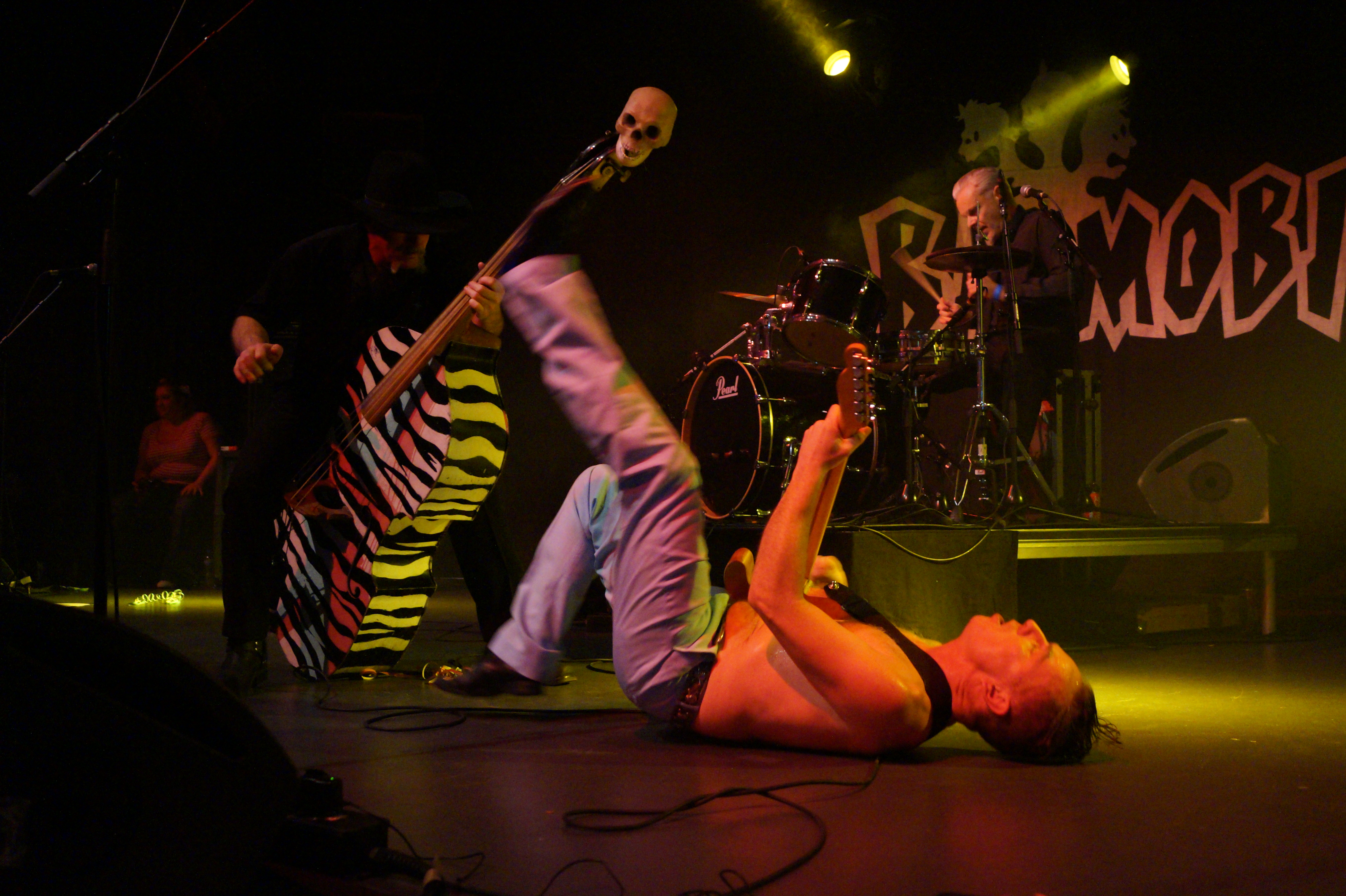 Mezz, Breda, January 10th 2015 – There it was for the third time: Bastard Fest! Like always Dirty Bastard organized this event and created an evening full of punk, psychobilly and hardcore. With Batmobile, Insanity Alert, The Windowsill, Baby Face Nelson and Screw Houston they threw a big party. Tessa was there to write a review about it and took some pics.

Baby Face Nelson (NL)
After DJ Mezz, Baby Face Nelson was the first band who climbed the stage. This Countryrock band from Utrecht started the evening with an energetic show. Even though this kind of music isn’t the same as the rest of the evening, the crowd seem to like it. Everyone is moving or dancing. It’s a good start of the evening.

Screw Houston (NL)
The guys of Screw Houston are the second band of the evening. This hardcore band is a lot harder than the previous band. From the first seconds singer Roelof de Brouwer is jumping around on the stage. But his energy doesn’t reach the crowd, which is standing still the whole show.

The Windowsill (NL)
The third band of the evening is The Windowsill. The poppunk songs, bring back high school memories. The guys seem to enjoy themselves, but the crowd is standing still again. Too bad, because the band is worth a party.

Dirty Bastards (NL)
The organizing band, Dirty Bastards, play a dynamic show with a lot of response from the crowd. With smiling faces they throw a party and make Mezz shake. A lot of beer is flooding, there are moshpits and everyone is singing along. This is one of the bands everyone was waiting for the whole evening. It’s striking that the Jupiler hall is now totally filled in contrast to the rest of the evening. Fans jump on the stage to sing and dance with the band. Now the party has really begun.

Insanity Alert (AT)
Insanity Alert came all the way from Austria to play at Bastard Fest. This band, with Dutch frontman Kevin from The Apers, is one of the biggest bands of the evening. From the beginning everyone on the floor is moving. Moshpits start and beer is flying through the air. At the end of the show they bring a cover of Iron Maiden and everyone is screaming along.

Batmobile (NL)
Last but not least: Batmobile! The play all over the world with their busy touring schedule, but hometown Breda isn’t forgotten this time. The guys play at the end of the evening. You can see by the behavior of the crowd, that this is the band they’ve all been waiting for. Because of the birthday of singer Jeroen Haamers, some of the fans brought confetti with them and some of them give him beers. The crowd and the fans have fun. And with 4 more songs than were indicated on the setlist, the evening comes to an end.

Bastard Fest was a success. On to the next edition!