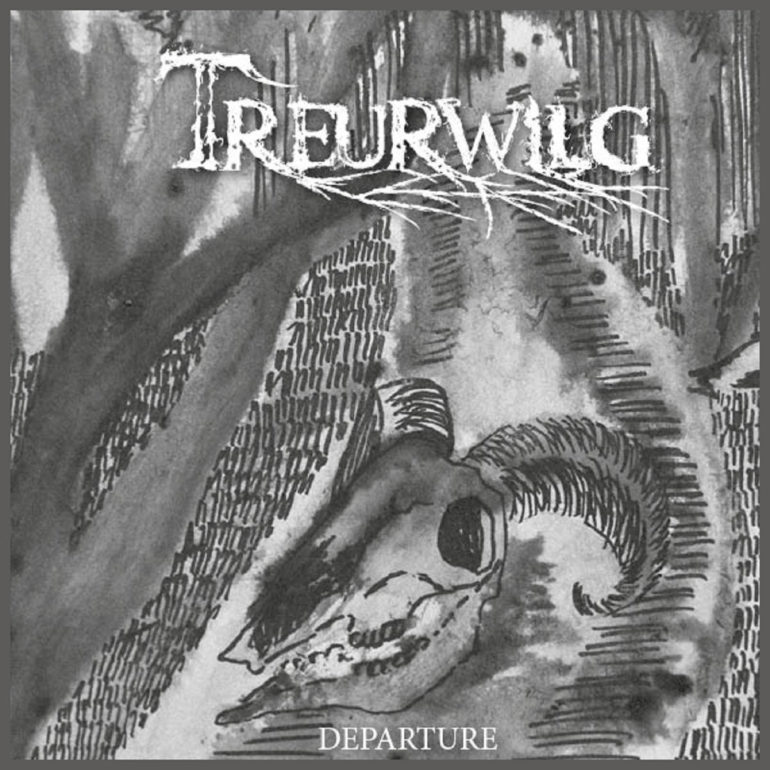 The Dutch doom metal band Treurwilg is from the city of Tilburg and started four years ago. They only released a live EP in January 2016, which was recorded in the notorious Little Devil. Yesterday (October 31, 2016) they released their debut album called ‘Departure’. Like they say: “we are here to remind you that the world is not a happy place”.

Treurwilg plays doom metal in the English style like (old) Anathema, My Dying Bride, Funeral Doom, combined with some black metal influences. Their sound is cold and slow. Rarely you will encounter an up tempo song on this album, which makes the vibe on the record dark and gloomy. Due to these variety of influences, it also makes you focus and you won’t skip a track because of it.

The opening track ‘The Inflammation Of Our Blood’ gives a good impression of the great amount of work that went into this record. As soon the bass kicks in, the production reaches his full strength. The second guitar gives me these flashbacks to the early 90s and the English bands that came up with their unique style. Next song ‘Labyrinth’, maybe the fastest track on the album, is having a more post-metal feeling and a My Dying Bride-ish solo in the middle. With 11:18 minutes ‘As His Final Light Is Fading’ is surely the longest track on the album. The problem with these long songs, is to keep the listeners attention and focus. Treurwilg doesn’t seem to have any problems with that! It’s fucking slow, but awesome! The song ‘The Vacant Void’ is another slow and heavy one, but with a bit more brutality within the sound. Together with the nice guitar sound, vocalist Rens growls his way through it. An excellent performance!

The last song is the title track ‘Departure’, which starts and ends slow, but with an up tempo part in the middle. Again a long song, almost 10 minutes, but with enough variety to keep your attention. With Treurwilg we probably have a new rising star on the Dutch doom metal night sky. Maybe the album misses one up tempo song to keep the train rolling, but for a debut album it’s more than worth the effort to take a listen!

Tracklist:
1. The Inflammation Of Our Blood
2. Labyrinth
3. As His Final Light Is Fading
4. The Vacant Void
5. Departure

Black metal with a touch of doom...a perfect recipe for a gloomy afternoon. Peter is a 40+ year old, BM enthusiast with his roots in the 90ties.