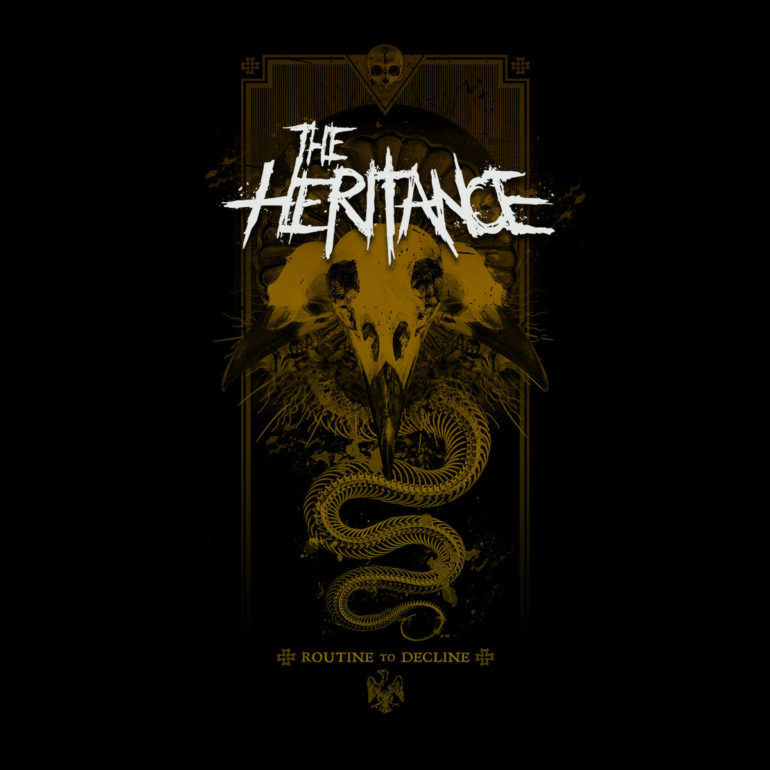 The Dutch melodic death metal band The Heritance from Deventer was founded in 2014. In 2015 they launched their debut album ‘Focus in Reliquum’, which was rated very well by the (international) press. On September 28th, 2017 the band released a five-track EP called ‘Routine to Decline’.

What you hear is what you get. Overall slow melodic death metal with groove and thrash metal influences. The compositions of the songs are filled with nice surprises and are build up in a pretty way, just like the tempo changes. There’s enough variety in the songs and not a boring moment at all. The sound of the EP is solid and warm, but unfortunately not excellent. Especially the drums is quite hollow and shallow, but luckily the vocals and guitars are recorded very decently.

There are quite some melodic parts in every song, but still not enough in my opinion. I think it would add some extra body and dimension to ‘Routine to Decline’. I also miss power, energy and heavy rawness to blow the people away. It’s a little bit to much between the lines in a certain way. What I really do appreciate are the twin vocals with grunting and clean parts in a few songs. It gives the songs a very pleasant dimension.

The Heritance launched a nice EP, with basically good composed death metal song. It doesn’t have the power to blow me away, but I’m sure they will when they tune up the production, add some extra brutality and melodic parts to it. I say, don’t wait to long with the next full length!