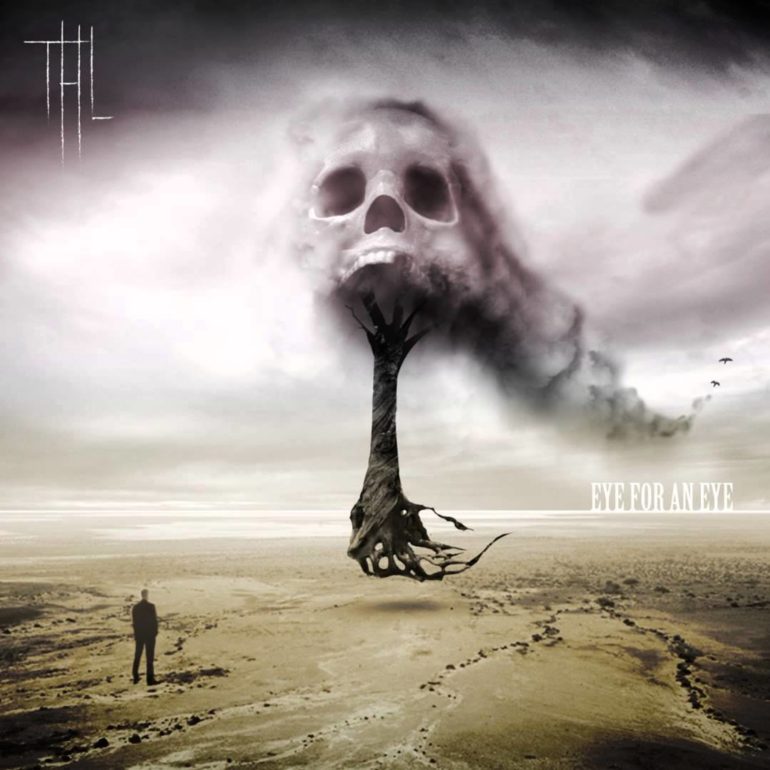 The Hangman’s Lament is a four piece groove/thrash metal band from Amsterdam. Composed in 2014 by former members of ‘Plough’ and ‘Nur Armata’, the name was inspired by the tale of the Norwegian god Odin. He hung himself nine days from a rootless tree to gain infinite wisdom and to reinvent himself. Since all of the members have been in bands before, which can now be seen as lamented, The Hangman’s Lament was born. So is their debut EP ‘Eye For An Eye’.

With only 15 minutes of playing time, this EP left me waiting for more. After a short intro the band sets in a monstrous groove with the song ‘Time To Raise Hell Again’. This track makes me instantly want to bang my head. Bands like Down and Pantera come into my mind when I listen to the songs. The production is a bit rough, but that suits this style of music perfectly!

‘Follow The Dead Lights’ is the next song on the list and although it’s still groovy, the main parts are more direct. There’s more rhythm instead of riffing, which somehow reminds me of Machine Head. Also a great solo is present in this song. After that it’s time for ‘My Last Feud’, a more thrash song, before we go into the last song ‘The Devils Throne’. Some more heavy riffing is going on here and it’s another headbanger for sure!

Even though the music isn’t that original, 15 minutes is way too short. I would love to hear some more grooves, because these guys write some awesome riffs. My favorite song is definitely ‘Time To Raise Hell Again’, because that song kicks in with the best groovy riff on this EP. We want more!