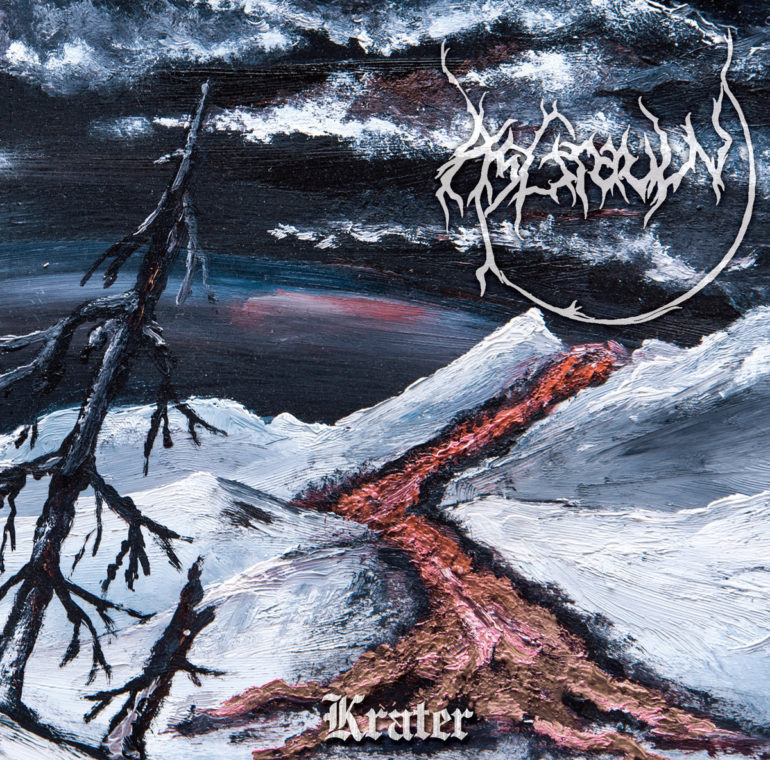 The Dutch black metal band Asgrauw started in 2010 and hail from Groesbeek. This year they released their second album ‘Krater’, which is the successor of their debut album ‘Schijngestalten’ (2014). A nice side note: ‘Krater’ is released by Hidden Marly Productions from Japan!

‘Krater’ is a concept album which tells us the story of the eruption of a Volcano and the aftermath of it. All this packed in a well produced and excellent played brutal black metal album, using Dutch lyrics. Listening to this album gives you flashbacks to the glorious days of the early nineties. You hear the influences of Darkthrone and Emperor, especially because of the small flares of keyboards throughout the album. The sound of the early nineties is so well executed, that you could believe that this was original released in 1992. The only difference is the production. The production is excellent, including tight drums with a magnificent guitar layer next to it and vocals from Vaal & Kaos topping it off.

With it’s 10 tracks, it only has one weak point. The songs getting a little bit dull when listening the album in one go. Don’t understand me wrong, it’s a great album, but it becomes predictable when you reach the half of it. With that in the back of your head you still will have a great album in your hands, reliving the glorious nineties. With ‘Krater’, these Dutch black metallers delivered a great album bringing back the unique sound of the early days of the genre. With it’s excellent production it makes it very pleasant to listen to!