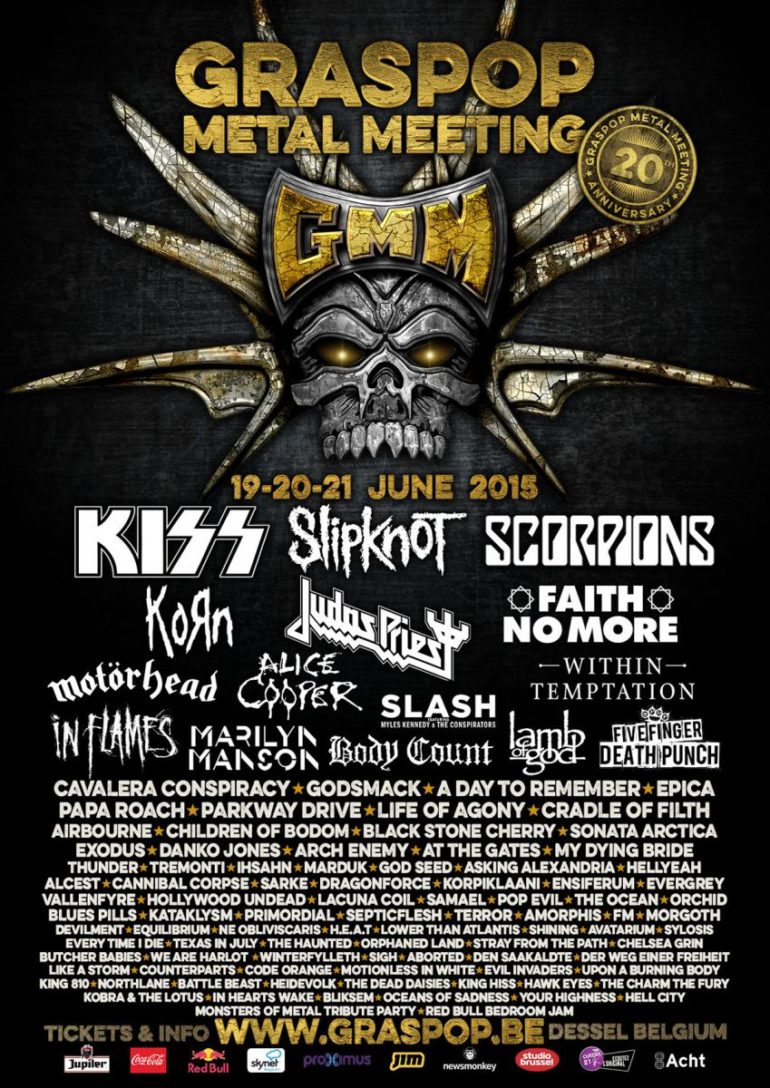 From June 18-21, 2015 the 20th edition of Graspop will take place in Dessel, Belgium. Anton will be there the whole weekend to interview our Dutch heros Epica, Heidevolk, and The Charm The Fury. He’s also playing the “Dutch Heavy Music Quiz” with Cavalera Conspiracy, Children Of Bodom, Cradle of Filth, Exodus, Godsmack, Dragonforce, Aborted and Like A Storm!

To get you in the mood, we selected some videos of the Dutch bands playing at Graspop 2015. Enjoy and we see you at Graspop with metal, sun and beer!