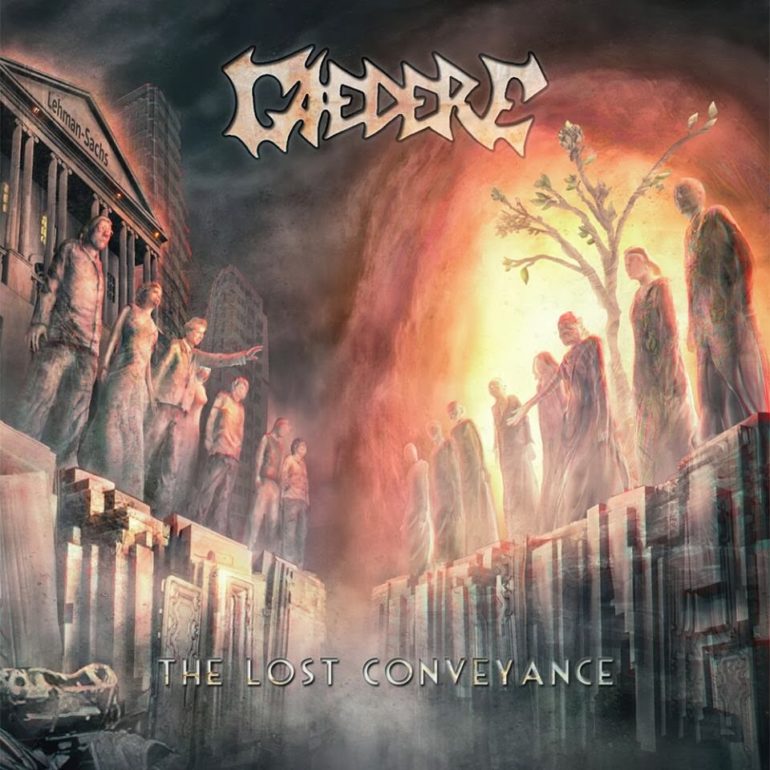 The Dutch death metal band Caedere released their third studio album ‘The Lost Conveyance’ in the end of 2014. We received the album ‘a little bit’ later to write a review about it.

Caedere
Founded in 2001 Enschede, Caedere released their firs full-length debut album “Mass Emission” in 2003. The second full-length “Clones of Industry” followed in 2009 and in 2014 it’s time for ‘The Lost Conveyance’. The music they play is, like they call it, “a mixture of US blast death metal and Swedish (old school) death metal. Let’s check it out if they are doing what they promise.

It’s pretty listening to the album, because there’s happening a lot and it’s never boring at all. You really have no idea what’s going to happen next in the songs. A lot of tempo changes, blast beat parts, uptempo ‘hardcore’ parts and slow parts are perfectly combined in every song. The vocals are also layered and brutal, just like you want when you listen to true death metal!

Mainly all the songs are fast or have fast parts in it, except ‘Facing Reality’ and ‘Against Better Judgement’. These songs are slower and more groovy, which brings some nice and welcome variation into the album. If that’s not enough to keep you calm, the guys also put an instrumental acoustic song on the album, called ‘Conveyance Lost’. Brilliant! Overall, this album is a must have for every death metal fan!