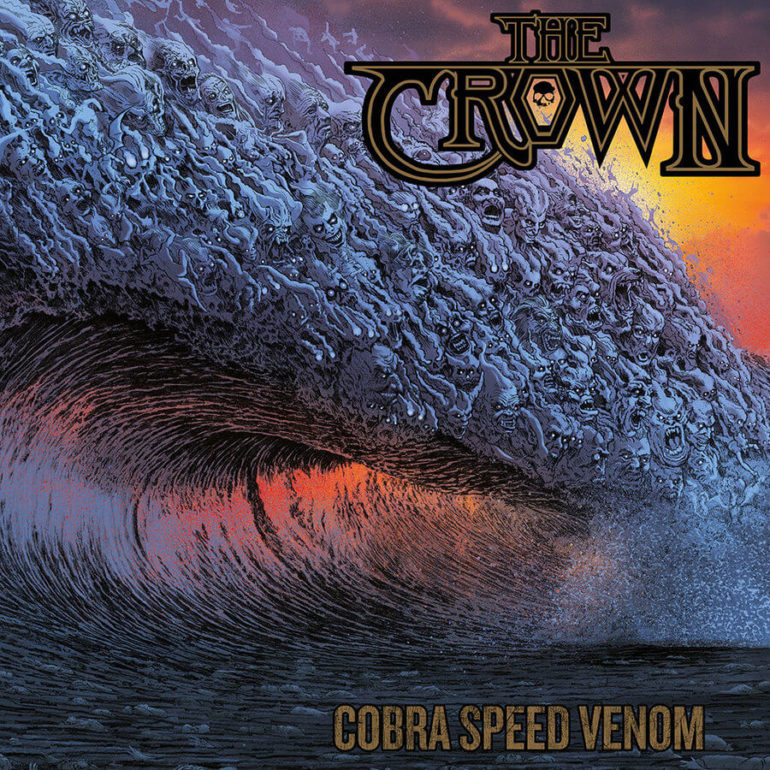 After 3 years of waiting, there’s final a new album from the Swedish death metal band The Crown, called “Cobra Speed Venom”. With a lot of history, going even back to 1990 when the band was called ‘Crown Of Thorns’, they are ready to present you their tenth full length album on March 16th, 2018.

It took The Crown about a year of practicing after they recorded this one at the acclaimed Studio Fredman in Sweden. To me personally, when a metal band comes from Sweden, I get my hopes up. Are they fulfilled? Well, let’s see. The album has a great combination of brutality and death metal combined with classic heavy metal and even some rock and roll vibes. This combination causes a vibe that doesn’t let you go till the end. Even when there are some slower parts, it keeps you wanting more. From the single “Iron Crown”, the title track “Cobra Speed Venom” and even the instrumental song “Where My Grave Shall Stand”, this album is a face pounder with ten songs and three bonus tracks full on power.

Are my hopes fulfilled? Yes, they are! The album keeps surprising me, even hearing it multiple times now. Let’s hope it doesn’t take another 3 years for a new album!