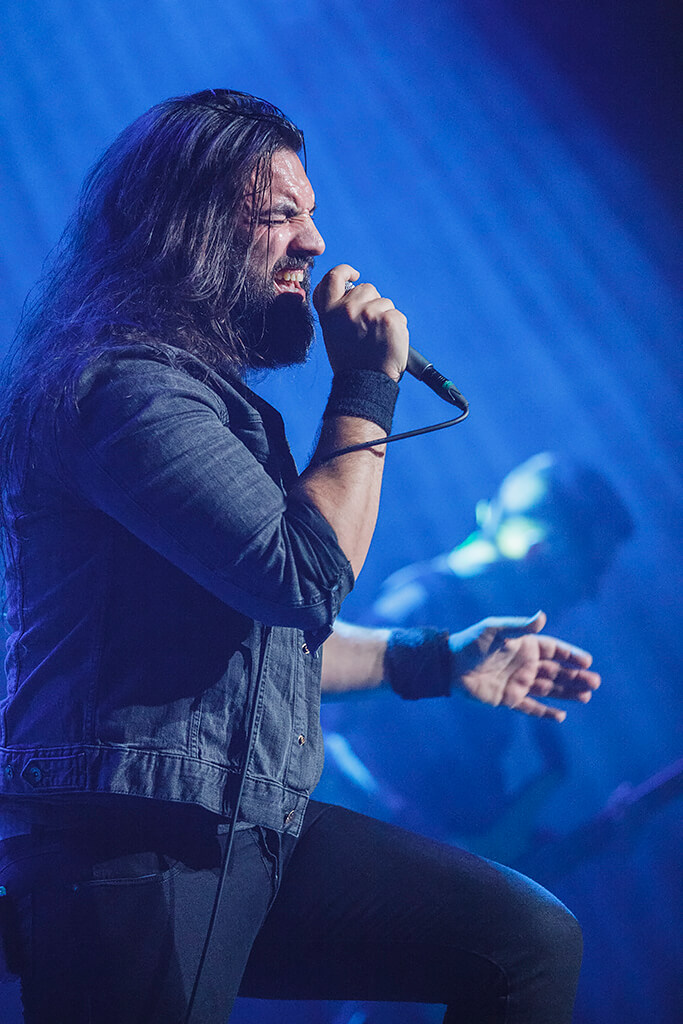 April 21, 2017 | Neushoorn, Leeuwarden – An evening packed with progressive and experimental metal. During their ‘Within The Horizon Tour’, Textures is supporting their highly acclaimed 5th album ‘Phenotype’. The two support acts this evening are the Dutch progressive metal band Extremities and UK based metal band Exist Immortal. It doesn’t look like it’s sold out, but people gradually wonder in the room when support act Exist Immortal from the UK hits the stage. Pics are made by Oscar Anjewierden.

Exist Immortal (UK)
Exist Immortal from London immediately impress the audience with their creative guitar lines, and it sounds like singer Meyrick de la Fuente has listened to Incubus a lot when it comes to his vocal arrangements. None of the other band members are willing to do backing vocals, so de la Fuente sings along with a tape recorder, consisting of backing vocals and synth samples. Exist Immortal plays with great passion and enthusiasm, but that does not have the greatest effect on the quality of the music. 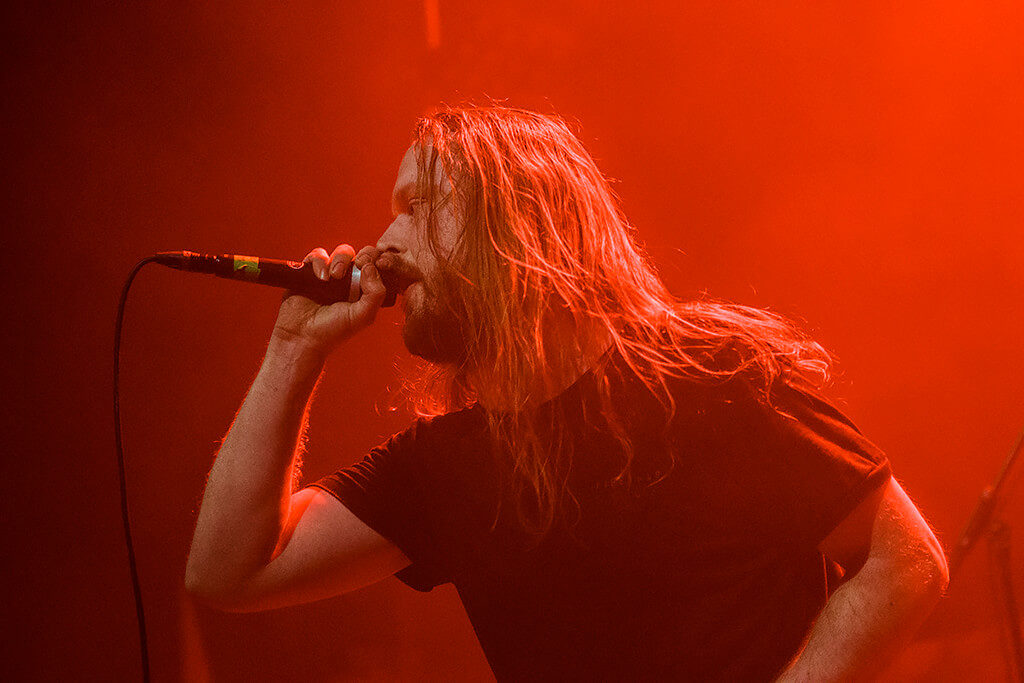 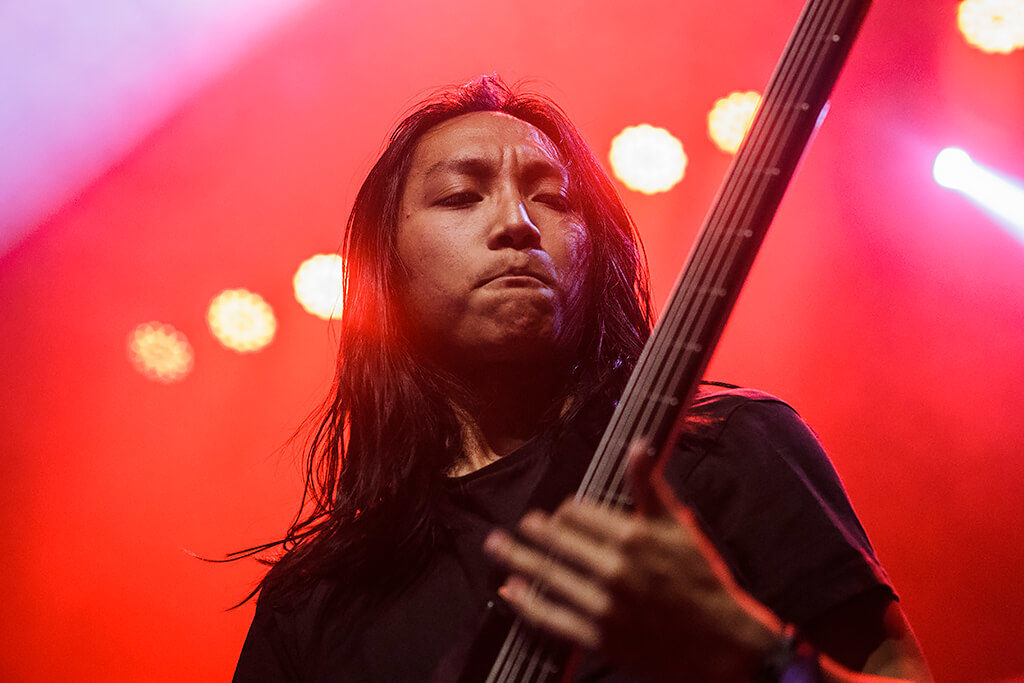 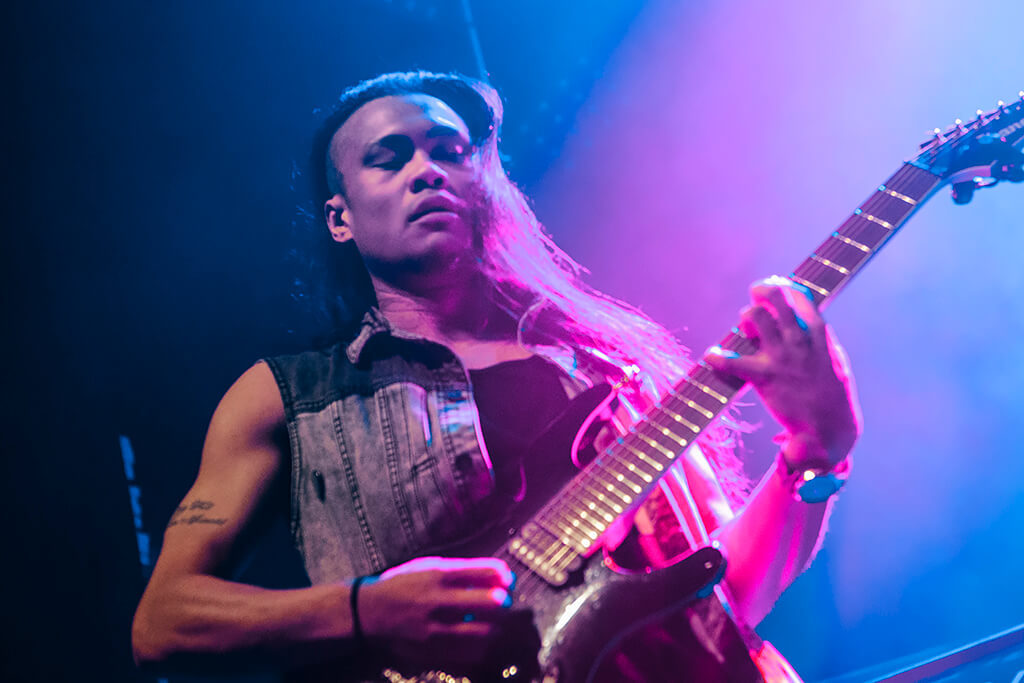 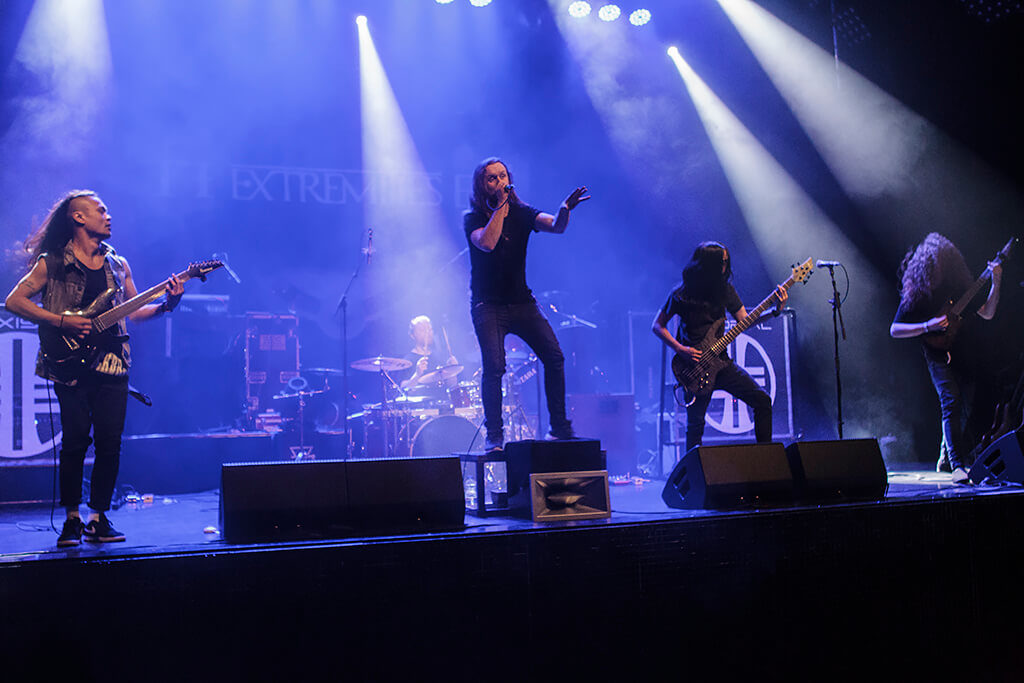 Extremities
Extremities from Eindhoven have the honor to open for Textures and singer Thimo Franssen looks very proud of that. The sound in the room is much more balanced as opposed to the show of Exist Immortal. Their style however is a bit all over the place, they sound like a replica of Dillinger Escape Plan, only a lot less professional. The drummer repeatedly makes mistakes and the guitar solos do not sound convincing as well, they do look like their having fun on stage and especially during hardcore bits people seem to enjoy their show, but in reality most of the people who showed up came for the headliner. 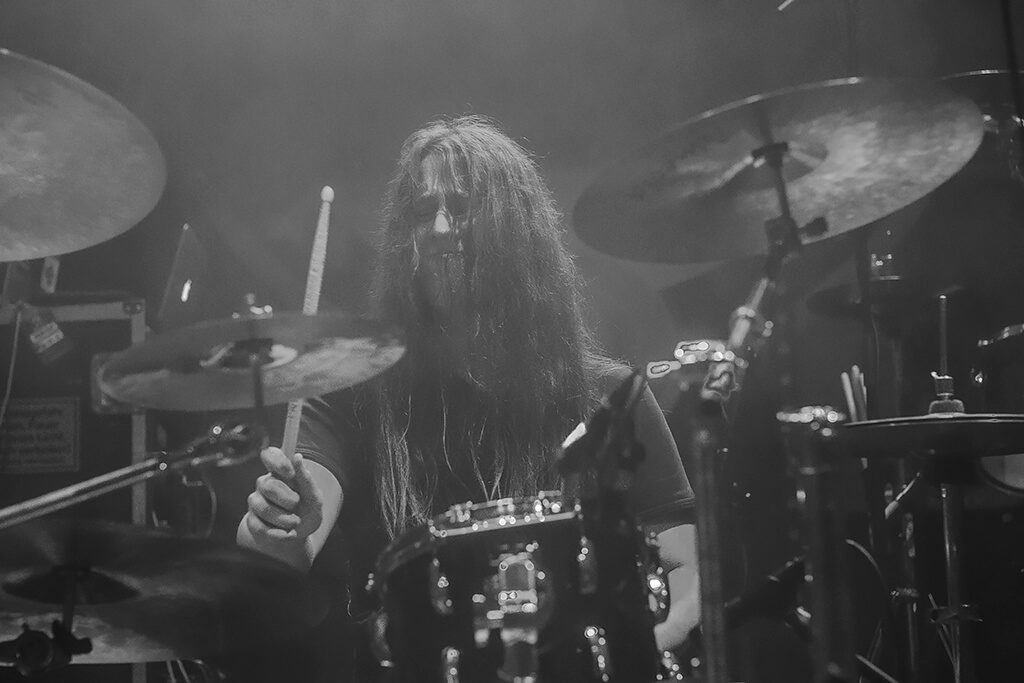 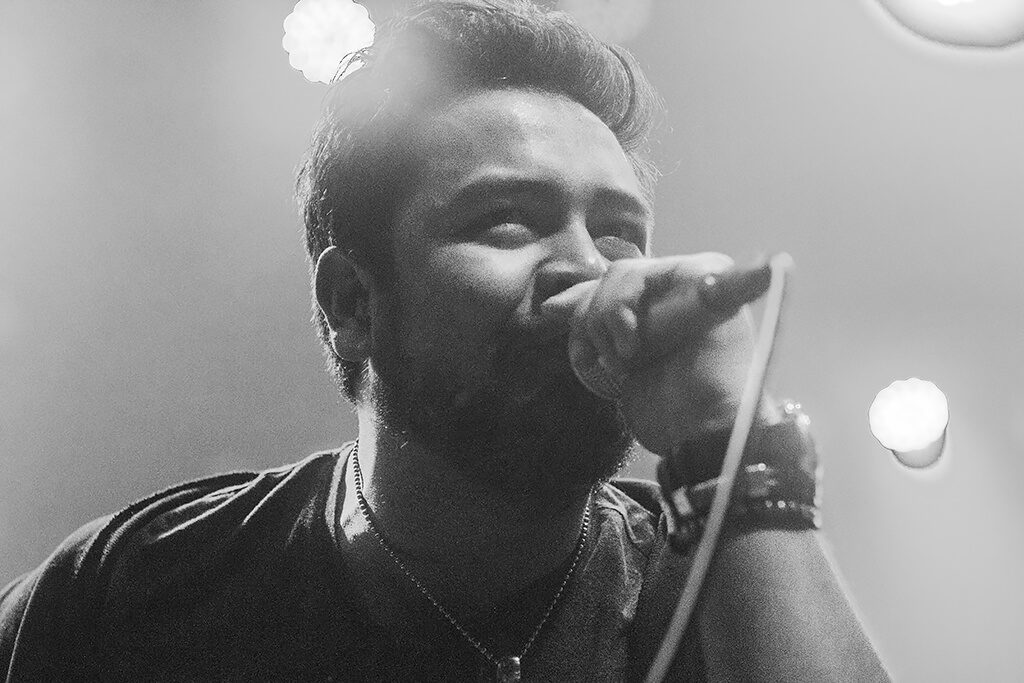 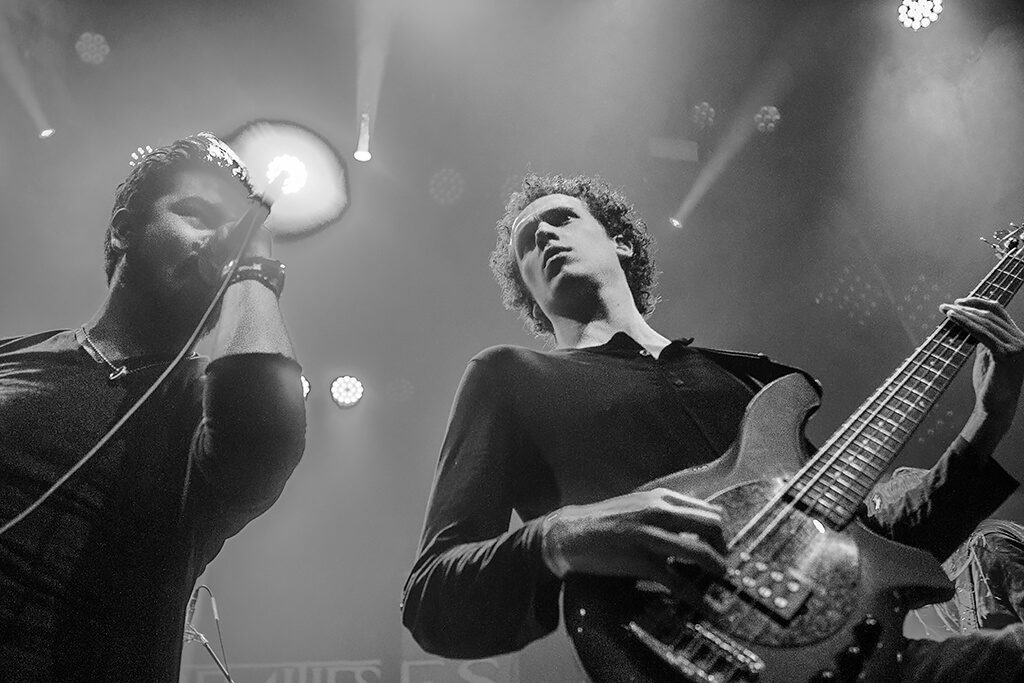 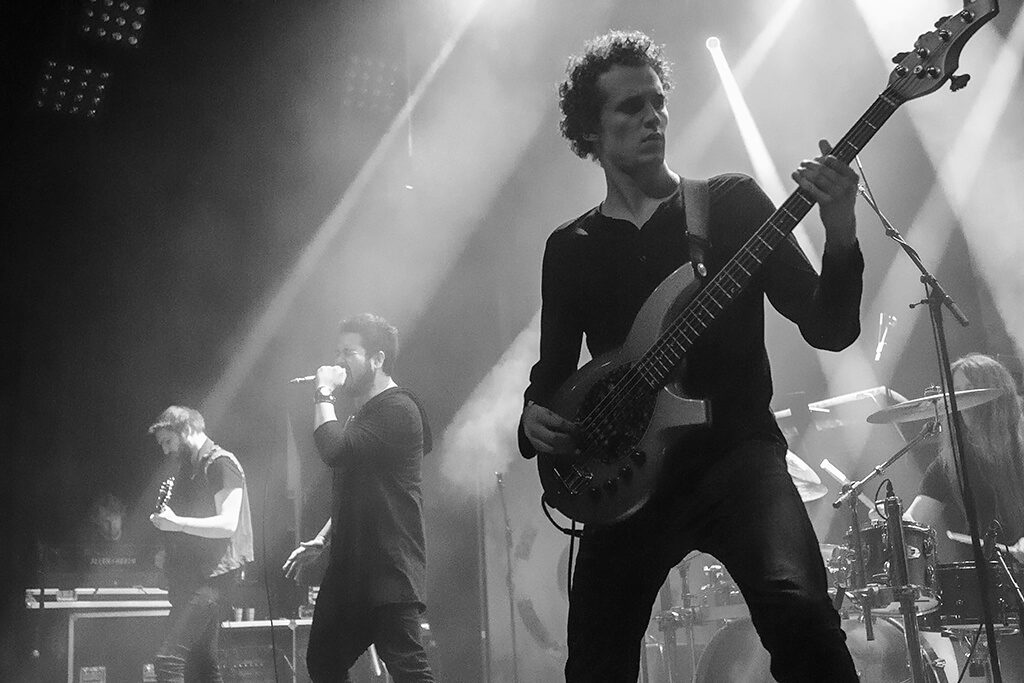 Textures
Textures has been around for almost fifteen years now and with several band members. Singer Daniel de Jongh has been the lead singer since 2010 and is a treat for the ears. His voice can go from soft and gentle to loud and aggressive. Their performance is dynamic from the start, every single band member has total control over their instrument and come together as a whole. The room is not completely empty anymore and every person there looks amused and impressed. There are no costumes, no extreme factors, just the band playing extremely well and that is enough.

The audience finally gets moving during the song ‘Awake’ and it really takes off during ‘Stream of Consciousness’, when the first mosh pit arises. They continue to play songs of their latest album Phenotype combined with older work. They prove to be both technical as well as passionate and this combination is the main reason why they are one of the best metal bands in the Netherlands right now. Their new album ‘Genotype’ should be released this year, something to look forward to. 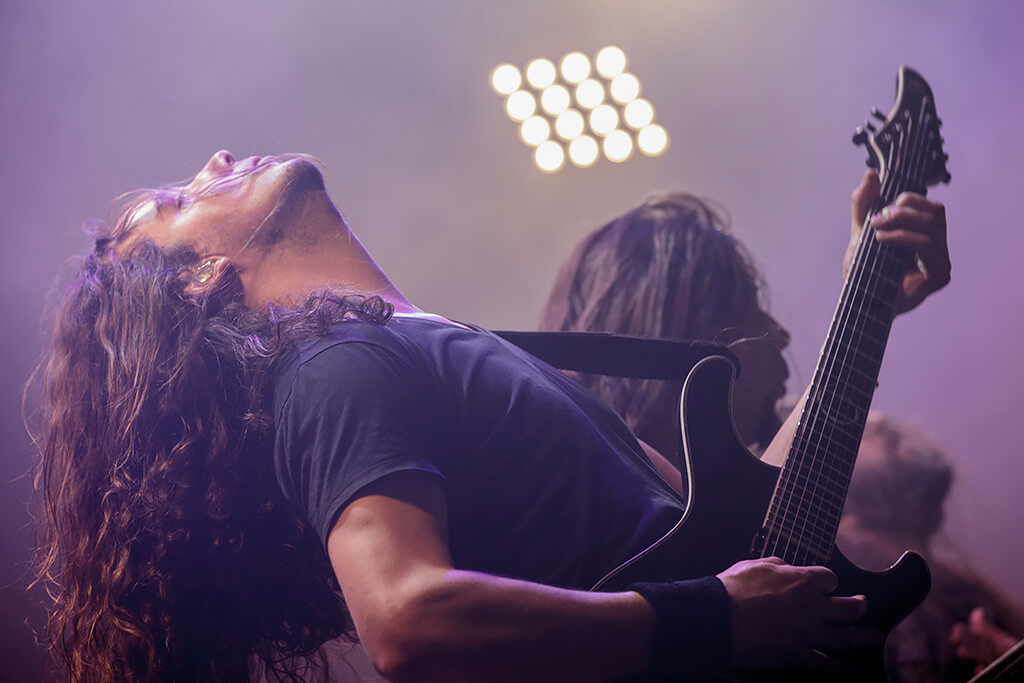 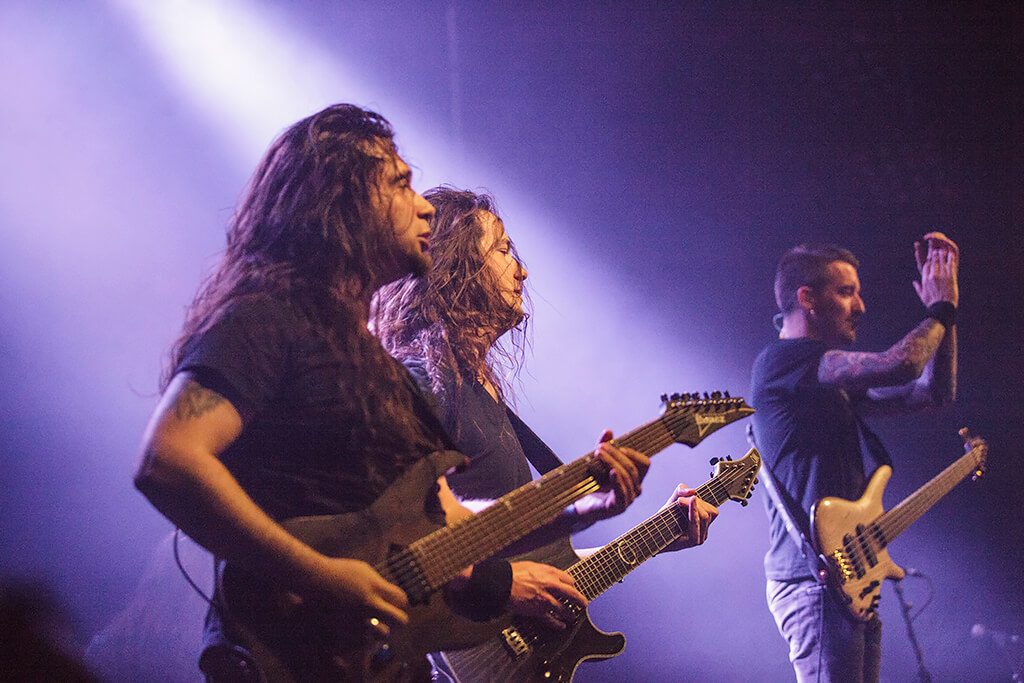 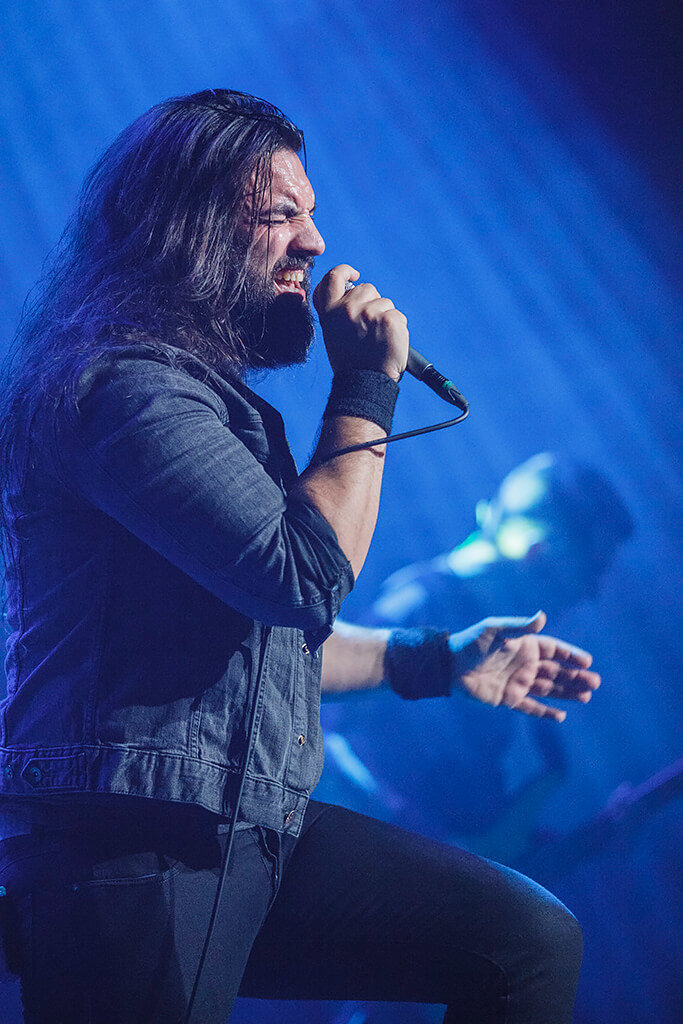 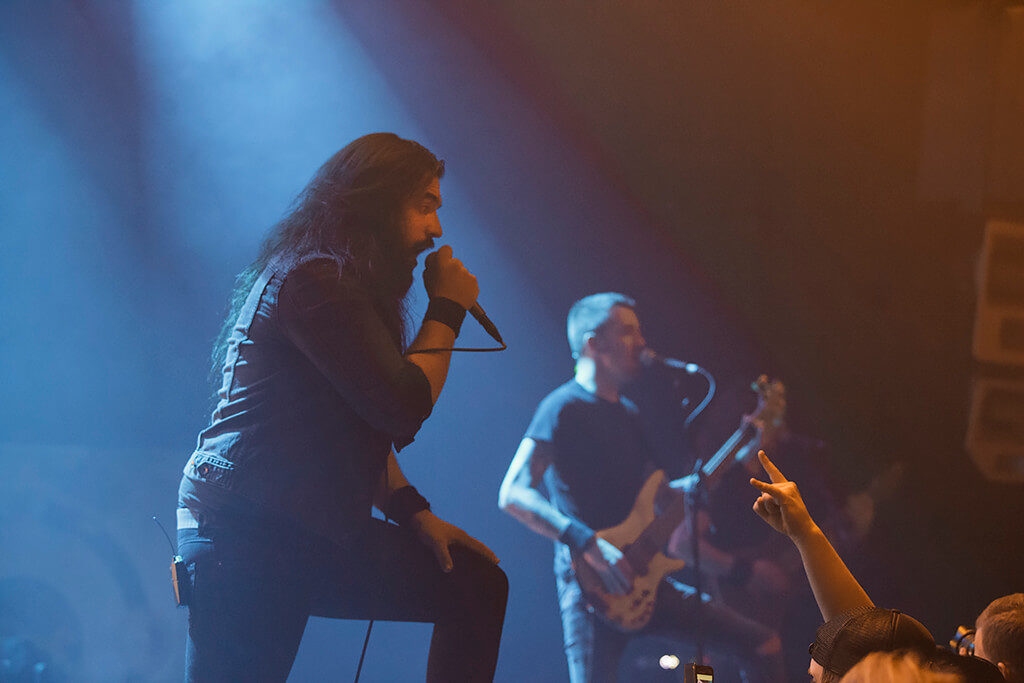 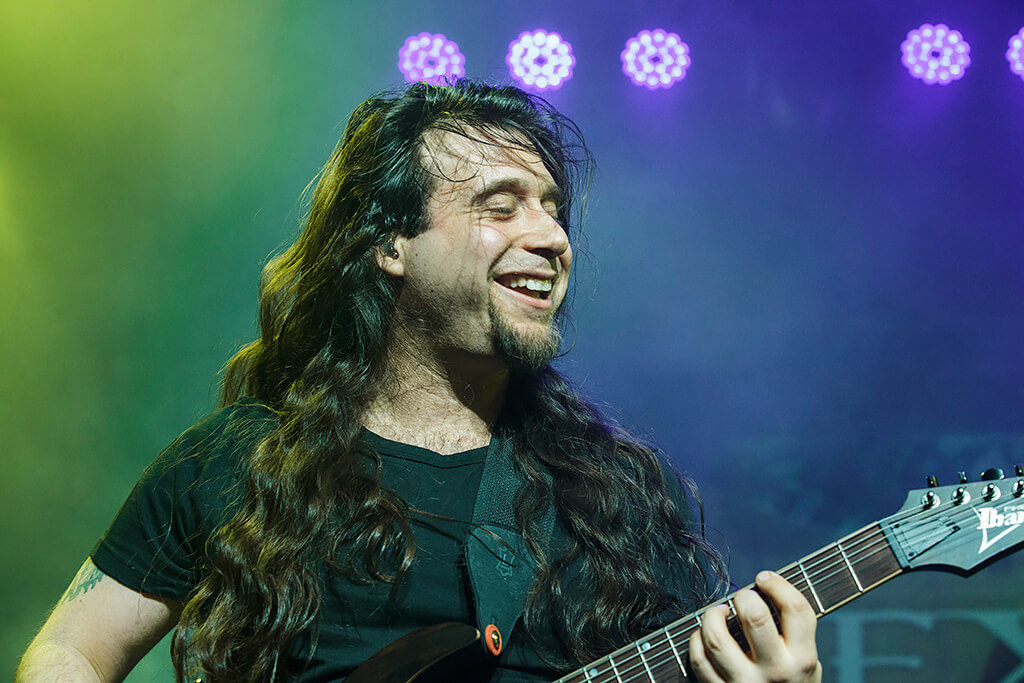 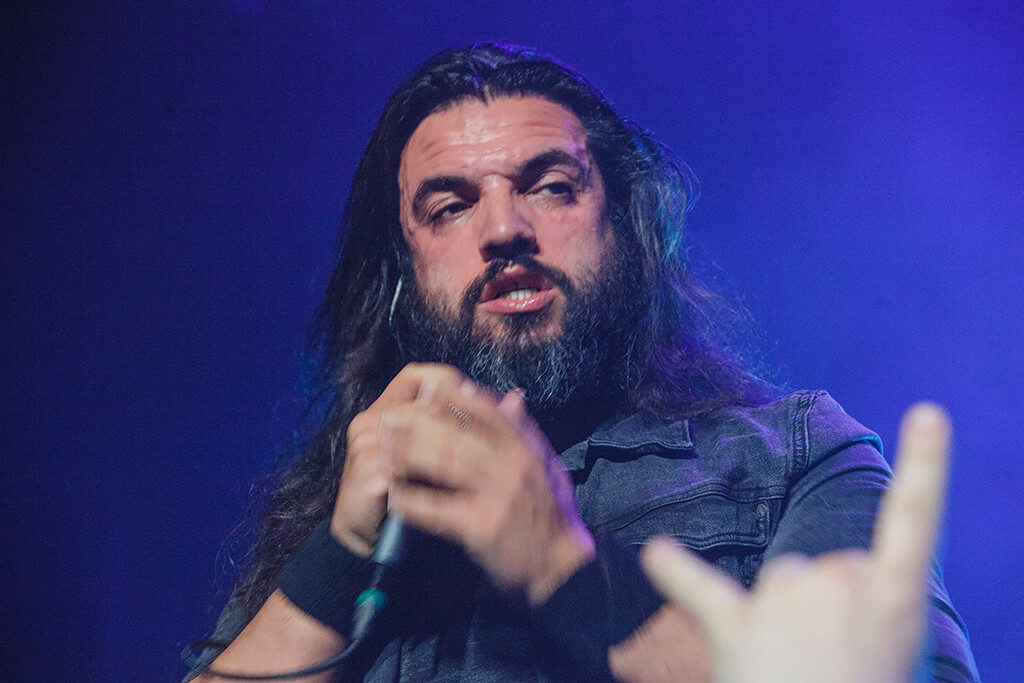 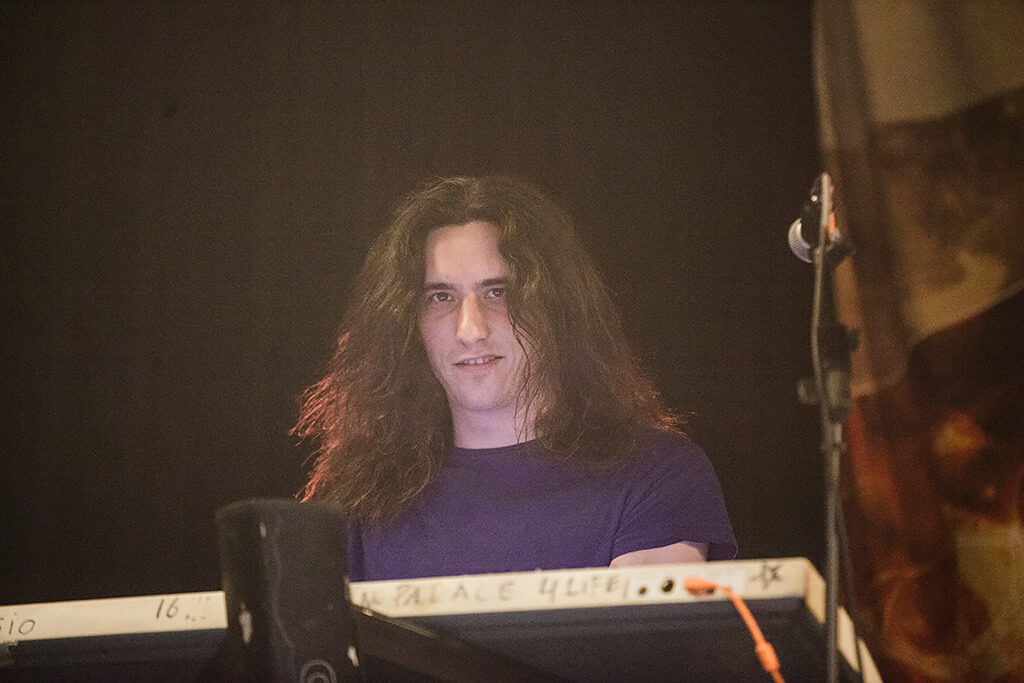 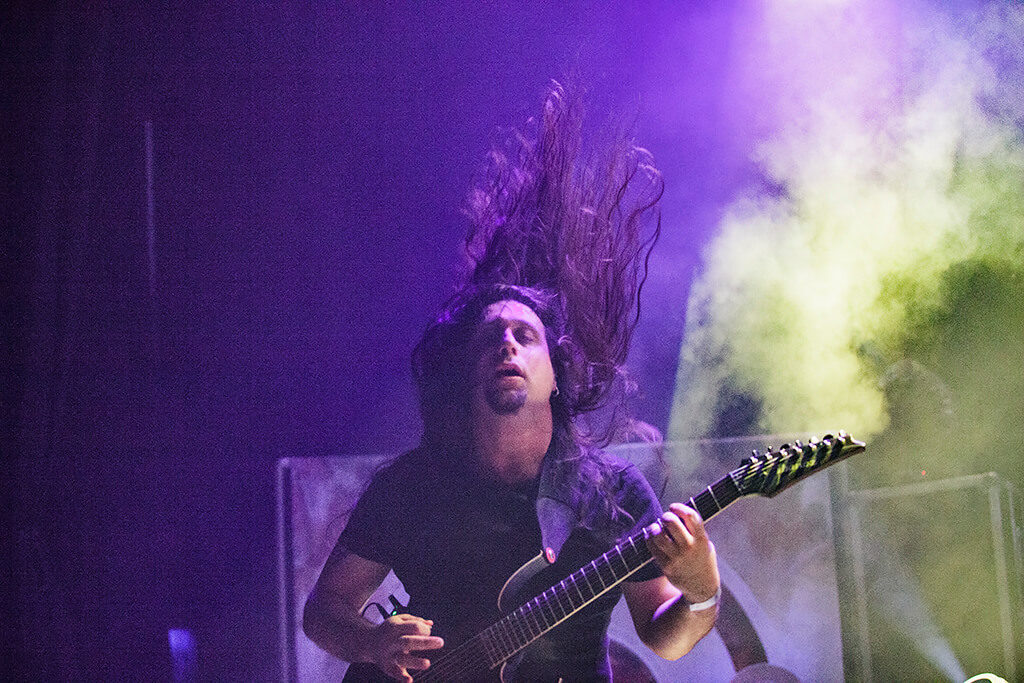 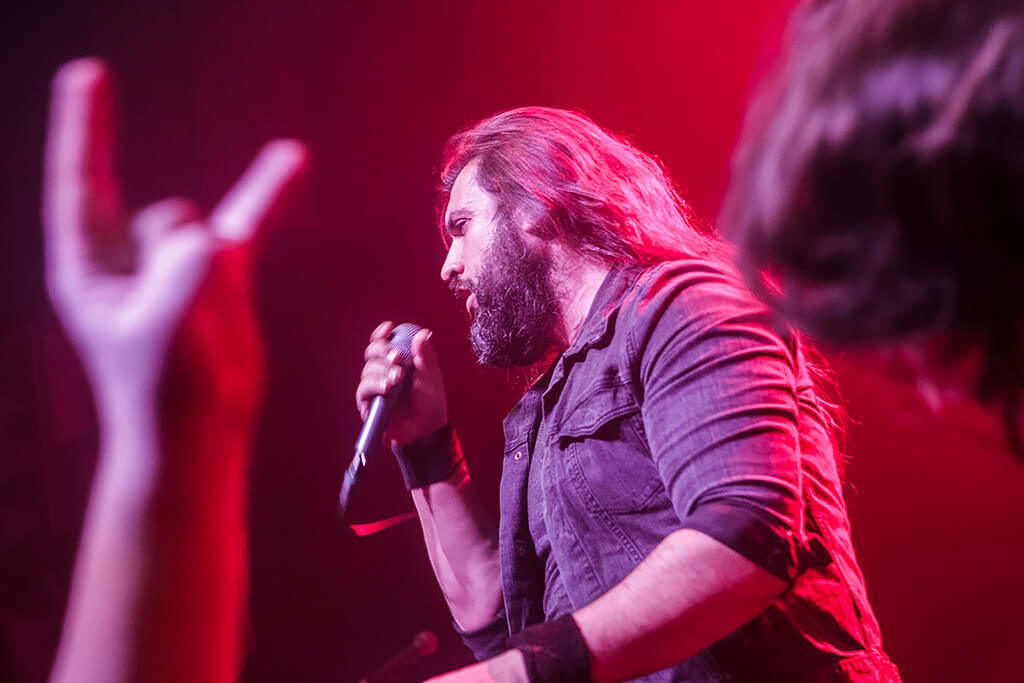 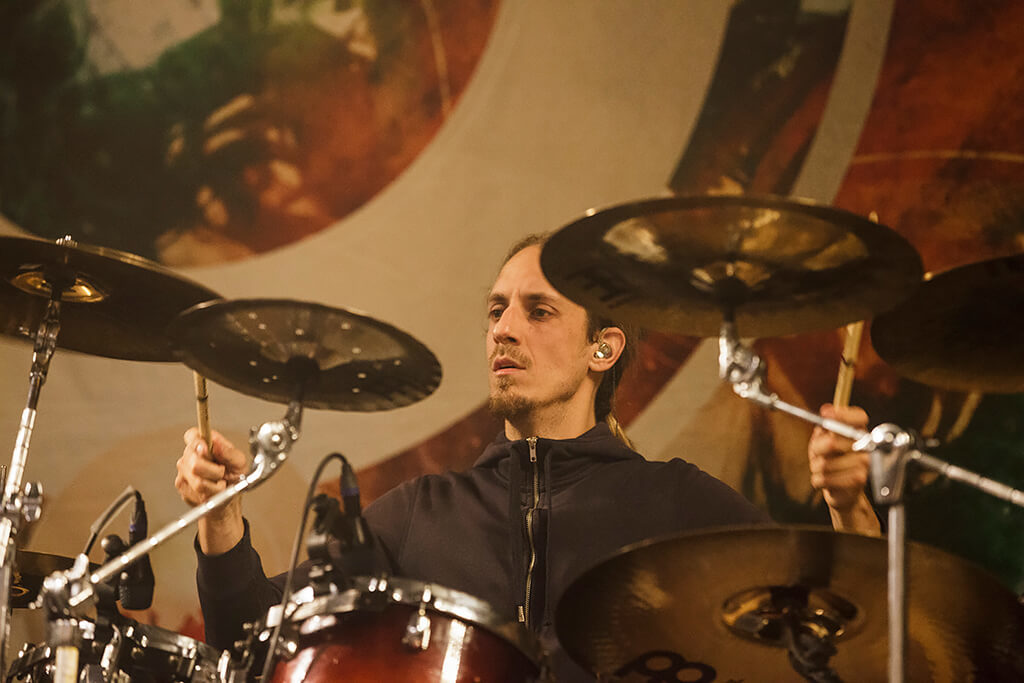