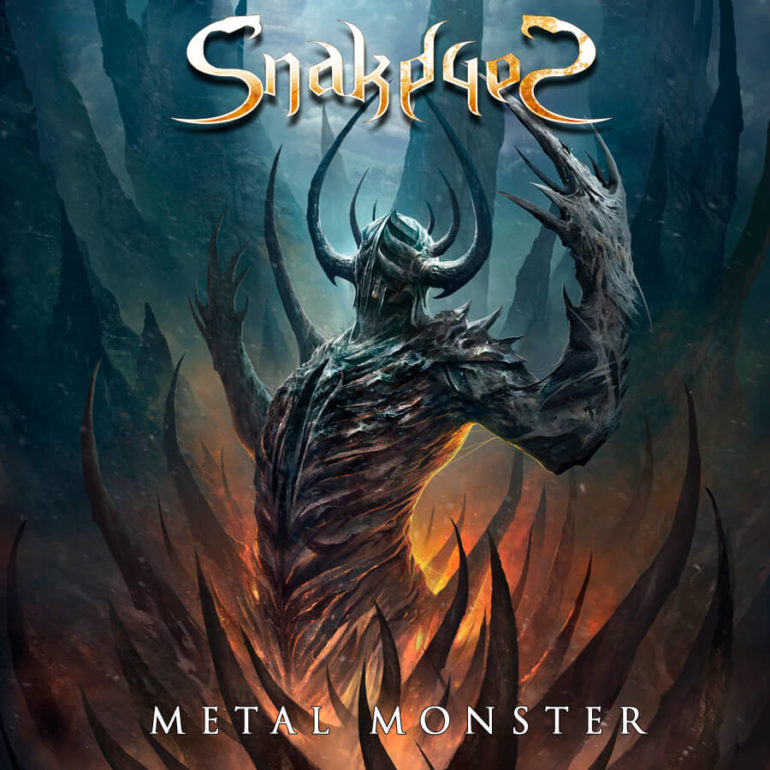 Dear friends, I welcome you back to PitKings. This a brand new review of a not so brand new album, because this one was released a few months ago. I’m talking about the power metal band Snakeyes. They are hailing from the beautiful Andalusia of Spain and released their second full length album ‘Metal Monster’ in November 2017.

I stumbled on this record by accident and the cover immediately caught my attention. I don’t know what this creature reminds me of, but the closed thing I can imagine is the creature from Pan’s Labyrinth or maybe a figure from a black metal video. The sure thing is that something was familiar, so I gave it a listen and I can tell you, sometimes you can judge a book by it’s cover. This album has except it’s awesome cover, also some great riffs for you.

Snakeyes are a classic power band, with all the relevant elements of the European sound. They formed back in 2013 and in those 5 years they have 5 releases (1 EP, 2 singles and 2 albums). Their sound is close to the likes of Bloodbound, Persuader and Nocturnal Rites. ‘Metal Monster’ is the sophomore album following their 2015 release called ‘Ultimate Sin’ and it is consisted with eleven great songs with catchy melodies, heavy riffs and a very tight rhythm section. We also have to give a big round of applause for the production that is crystal clear, as the power metal sound conducts. The good thing is that they didn’t fell on the trap of to much orchestration and symphonic exaggerations and the songs can be performed perfectly live.

The 55:27 of total running time is a trip into the world of monsters, darkness and death, but with an uplifting touch. All songs are arranged that way that keep your interest from the first minute to the last. Recommended for all power metal fans.