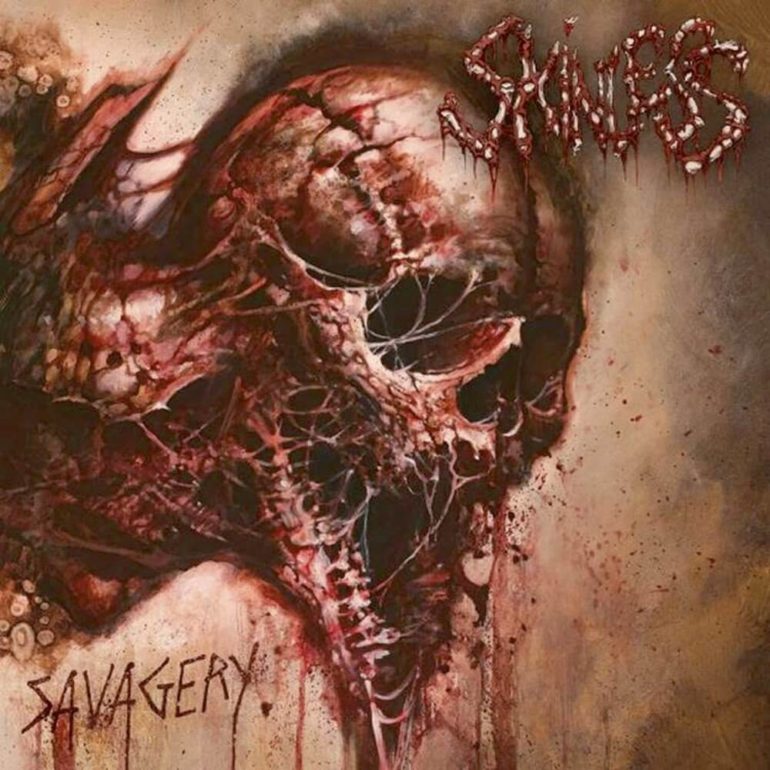 The American death metal veterans of Skinless return with their sixth studio titled “Savagery” on May 11, 2018. The album is the successor of “Only the Ruthless Remain”, which was released in 2015. Back then it was their first album after the split up in April 2011 and they reformed in August 2013.

First of all I would like to mention the awesome cover of the album: brutal in the old school kind of way. Very captivating and it draws your attention immediately. Therefore my compliments to the artist called Jesse Levitty, a renowned tattoo artist. It immediately captures what the music on the album is all about: typical old school death metal in nineties style. On the other hand, what else do you expect from a band who formed in 1992 and are influenced by the likes of Cannibal Corpse, Broken Hope and Obituary to name just a few? The album opens with the title track “Savagery”. A brutal death metal song with a good combination of speed, grooves and growls.

The rest of the album contains of songs which vary from a bit doomy to the brutality of the title song. The track ‘Reversal of Fortune’ for instance, starts slow, builds up to a climax and before you realize it, it flows in to ‘Exacting Revenge’. Those two fit seamingless together. The track ‘Cruel blade of the Quillotine’ has the same brutality as the title track and ‘Medieval’ is a bit slower, but well composed too.

There are also some combinations of the deep growling and a bit higher pitch screams, which gives an extra dimension to the songs. So in summary: if you’re in to death metal, new or old school, you can get this album without hesitation. It comes with ten tracks, including the bonus track ‘High Rate Extinction’, which gives you 37 minutes of brutal and pounding metal the old school kind of way.