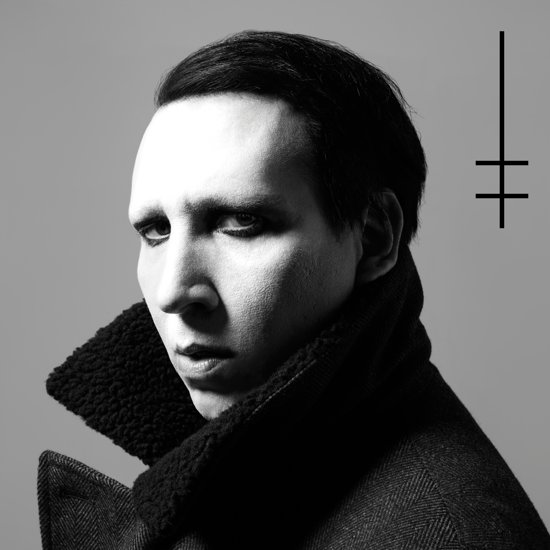 May 30, 2018 | Philharmonie, Haarlem – The legendary rockstar Marilyn Manson is on the road again and visits Haarlem for an exclusive Dutch show. For this gig the organizer and venue Patronaat choose to relocate the show to a larger venue in Haarlem: the Philharmonie theater. A beautiful theater in the city centre. The sold out show is part of his European tour, just like his shows at Graspop, Rock Am Ring and Hellfest. Support this evening is the English rock band INK. No pictures unfortunately, because not allowed…

The venue is half packed at 8 o’clock and a lot of people are outside enjoying the sun, probably because the audience doesn’t know this quite young band. INK comes up with catchy and melodic heavy rock highly influenced by Ramones, Iggy and Bowie. I quite like it, especially their energetic way of performing, enthusiasm and solid written songs.

Because the hall is quite empty, the sound inside is sort of messy and hollow, just like we’re in a industrial hall instead of a beautiful theater. The London based 3-piece rock band is giving all they have, but not a lot of people know the words or bump their heads. And I totally understand and it has nothing to do with this band or their quality, but just because their music is quite different then Manson his satanic, industrial metal. Wrong place at the wrong time so to say. With the right crowd INK would fix the job easily, but unfortunately not tonight.

A large backdrop with the American flag including a lot of upside down crosses, covers the entire back of the stage. The crowd, which exists of old school metal fans and young teenagers, is waiting patienently what’s coming up. When the lights go down and the intro music starts, smoke fills the stage and hundreds of smartphones (including flash lights) are high in the air…

Manson kicks off with the heavy song ‘Irresponsible Hate Anthem’ and the sound is amazingly good in comparison with the support act. What a power and what is his band performing solid as hell! Manson his voice is aggressive, weird and raw as usual and he is full of energy. In between the song he is relaxed, talking a lot and is thanking everyone for being here.

In front of the stage is a large mosh pit going on with a lot of teenagers dressed up like Manson. The rest of the crowd is also singing the words, putting their fists in the air and admiring their hero and his music.

Also during a show of an icon like MM there are happening funny moments. Like a bra that’s thrown on stage, Manson smoking a joint and the fact he thinks he’s in Amsterdam…

Besides his hitsongs ‘Dope Show’ and ‘Rock is Dead’ and the cover ‘Sweet Dreams’ he’s also coming up with new stuff from his latest album like the catchy song ‘SAY10’. Of course he ends the show in style with his most popular song ‘The Beautiful People’.

After 1 hour and 10 minutes and 14 songs the show is over. The crowd is satisfied just like I am. He surprised me heavily, because when I see him at festivals, it’s not really my cup of tea. In a venue he convinced be truly. You have to like his music, but one things is for sure: this guy is a born entertainer and his band is a real killing machine.