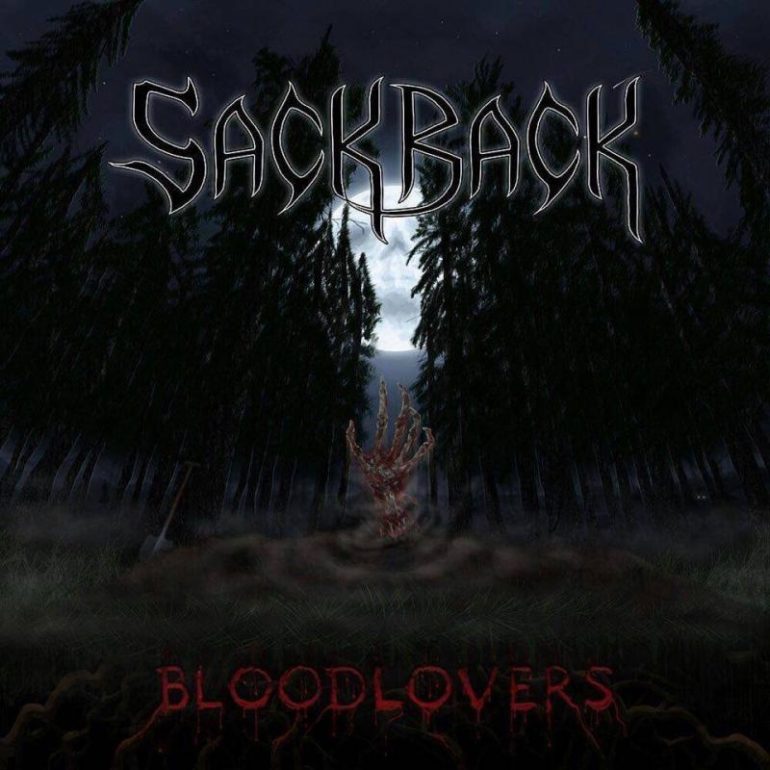 Sackback is a relatively young metal band (average age is 17) from Dokkum in the northern part of the Netherlands. The band started in 2013 by playing covers from Black Sabbath, AC/DC, Iron Maiden, Motörhead and Slayer. In 2015 they were invited to play twice at the Party Stage at Dokk’em Open Air. This was probably a boost for the youngsters to start writing their own songs. The result is their first 7-track album called ‘Bloodlovers’, which is released in April, 2017. The cover of the album is a nice piece of art, so let’s find out how the music sounds!

The first song is the title track ‘Bloodlovers’ and it starts promising, with nice progressive rock/metal tunes. In the second song ‘Stranger’ you can hear the influences of the old Judas Priest and old school metal, while the third song ‘Route 66’ is a more bluesy/rockabilly song in the style of ZZ Top. Just when you think things slow down, the fourth song ‘Evil Mind’ and the last song ‘Fuck You’ are coming up. Up tempo songs and I can even hear a touch of Venom in it! It describes the variety of different songs they wrote for this album.

The diversity and the song writing is promising, while the quality and production is quite weak. The balance between the instruments and the singer is not worked out very well. It’s pity and a serious issue on this first album of a very promising band. Nevertheless this album is worth listening if you keep in mind that these guys are only 17 years old. Let’s hope they continue and develop themselves as a band, so we can hear more about them in the future. With this album the band proves that they are an allround metal band and I’m really curious to hear their next album. Hopefully with a better producer who will lift the sound to a next level.