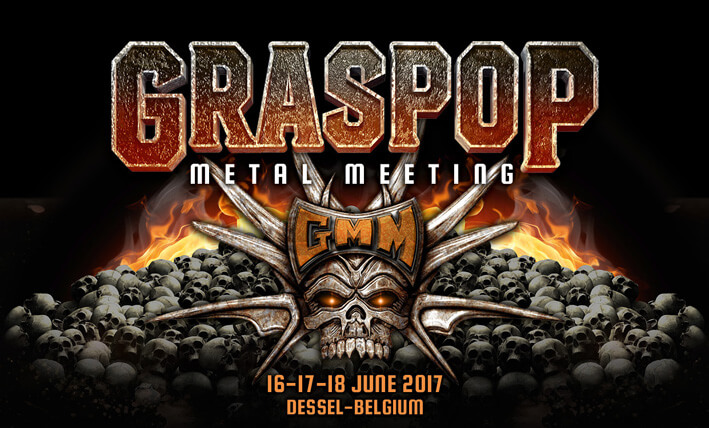 The Dutch symphonic death metal band MaYaN, legend Dee Snider and UK hardrockers Toseland have been added to the line-up of Graspop 2017. They will replace the three bands W.A.S.P., Meshiaak and Nothing More, who had to cancel due different circumstances. Read their statements below. MaYaN is the fifth Dutch band on the bill of Graspop 2017, together with Born From Pain, Epica, The Monolith Deathcult and The Charm The Fury.

W.A.S.P.: “The recording of the new album “Re-Idolized” and the accompanying film for “The Crimson Idol” has developed unexpected delays. This will make it necessary for W.A.S.P. to withdraw from the 4 upcoming festivals that were scheduled for this summer. This was essential for the band to complete the album and film, to make the scheduled release in September, and the ensuing tour in the fall.”

Meshiaak: “Drummer Jon Dette decided to leave the band. It sucks really, we know we have a killer band, killer songs and the chance to do a killer European leg and reality hits you in the face with the different schedules and such. But if we are not comfortable with our live performance, we are not doing justice to ourselves or to those in the audience. We love Jon and only hope the best for him, we just wish he lived here with us in Australia, then no problems at all!”

Nothing More: “As most of you know, we have been working nonstop on this album, making it the very best we can for the last year. From the beginning of this process we sought to create something truly special, an album that will that would be well worth the wait and stand the test of time for years to come. The last thing we want to do at this point is come up short. And although the finish line is in sight we realized we need just a bit more time. So with a heavy heart, we want to inform you that we are delaying our European tour plans and thus will not see you in June. We hope that you will understand this difficult decision and when you finally hear the album we hope that you agree that it was worth the wait. We will announce new European tour plans as soon as possible. Thank you so much for your continued support!”