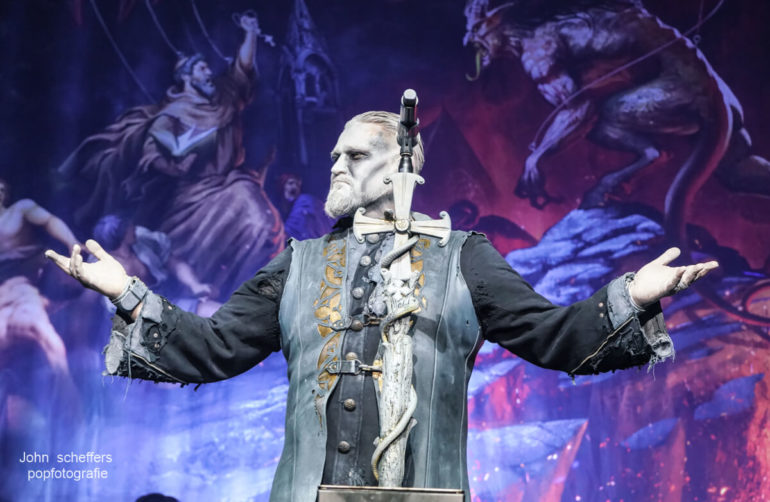 November 10, 2019 | 013, Tilburg – The wolf is back in the Netherlands! We don’t just have some wolf, we have Powerwolf together with Gloryhammer! A nice pack of symphonic power metal who are rising in fame the last few years.

Powerwolf finds its origin in Romania, France and Germany. After 7 albums the message may be clear: epic power metal with biggest choruses and delicious riffs. Ant that’s what they do tonight in Tilburg. Juicy and melodic metal is brought tonight by an enthusiastic band towards a crazy and awesome audience. A nice mix of old and new songs is served tonight.

Gloryhammer is a the special guest tonight. This band with Alestorm frontman Christopher Bowes on keys, started as a parody of power metal themes, but is nowadays so popular that they even have their own storyline wiki. The third album “Legends From Beyond The Galactic Terrorvortex” is released in May 2019 and tonight there’s room for 5 songs from that new one. The slightly over the top music and act is taken by the audience with both hands.